Raccoon in the Yard 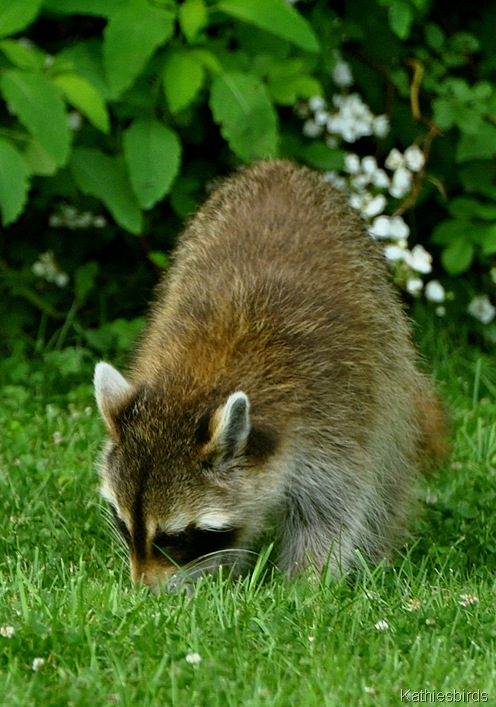 June 30, 2015, Mere Point Cottage: Living in Maine you never know what will show up in your yard. While the squirrels and chipmunks are pretty much expected during the summer, the rest of the wildlife can be unpredictable. I had both red and gray foxes come through the yard while I lived at Mere Point, and porcupines were sighted more than once, I never had a deer in the yard and until this summer, I never saw a raccoon. This summer one found my bird feeders before I moved away, but it never climbed the feeders. It just came and nibbled on spilled seed! It was fun to see the ‘coon, but I am sure glad it did not become a nuisance! No ‘coons here at the new house so far, and I only just saw my first chipmunk this week! With dogs and cats running free down here, I think the wildlife is very wary and very scarce. 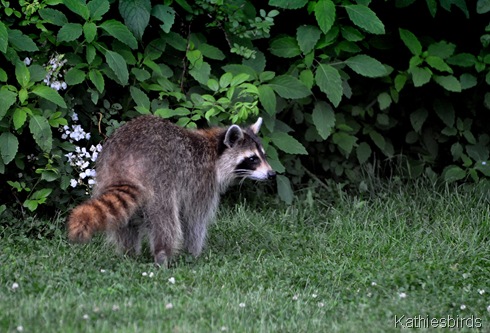 These are all the same raccoon taken the same night. This was at 6:30 PM and the color difference is due to different setting on my camera. 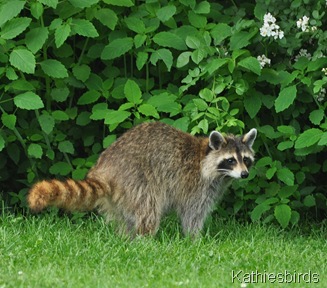