Morning Notes on a Winter’s Morn 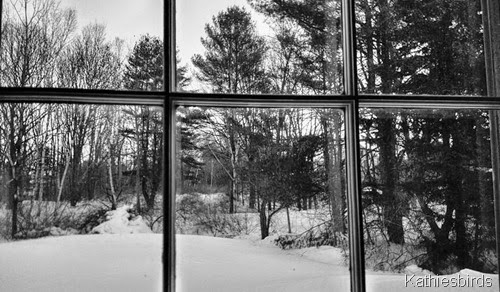 It’s that first hint of light in the sky when all the world becomes the same flat shade of gray. Just a hint of shapes is happening as trees, bushes and houses start to separate themselves from the night. The birds have not yet begun to move through the dawn, but soon they will be here at my feeders. I shake the cobwebs from my own brain and pour a cup of tea, a morning ritual that I love. Here in Maine on this winter morning, I need all the warmth I can get. 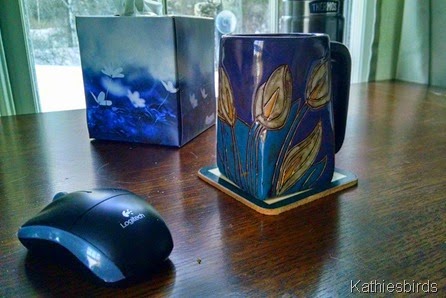 It has been a long, hard winter here in New England. Portland and Bangor have just registered the coldest February on record. Boston is about to break the record for the snowiest winter ever. They just need about 3 inches of new snow, which is headed their way later this week. But, in spite of the snow and cold, the birds have started to sing like it’s already spring. I have seen the male cardinals chasing each other around the yard, trying to establish who rules their territory. The song of the tufted titmouse can be heard even through my closed windows, though I love to open the door and just listen for a moment. On Sunday I saw a male mourning dove puffing out his breast and pursuing an uninterested female across the driveway. She looked a bit terrified as she walked away while he hopped behind her crooning. Yes, love is in the air here in the snow covered landscape of Maine. 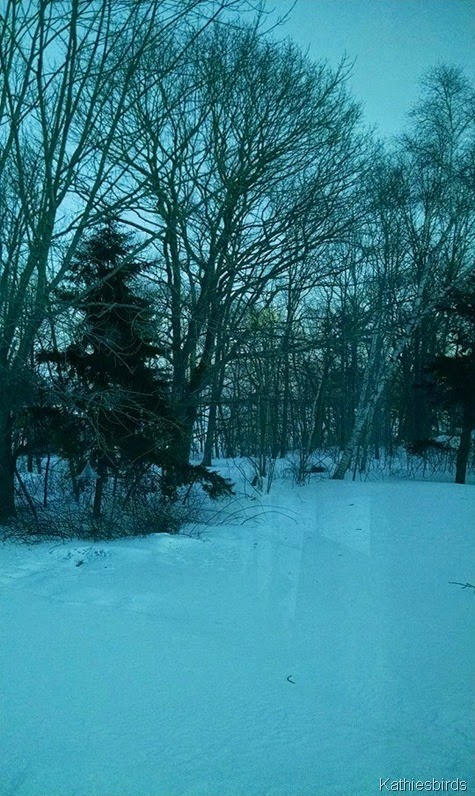 I took a drive yesterday to go find some birds. The temperature was up and the day partly sunny and I just wanted to get out of the house. However, just as I decided to leave I heard the rush of wind hitting the yard and trees started to bend and wave in the gale. My thoughts of walking along the Androscoggin River Trail were dashed. I decided to bird from the car instead, but the wind kept the birds down, and though I drove all of Rossmore and Mere Point Roads, I only counted 4 species the 30 minutes it took me to drive the six miles. 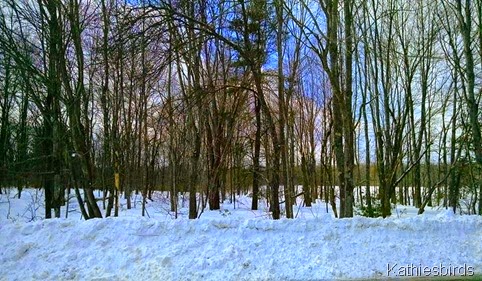 This prompted me to drive to Bath where I was able to count birds at the south boat launch on Washington Street, but the North Boat Launch was not plowed out, so I could not drive in. However, I was able to see mergansers, Canada goose, and goldeneyes at the south boat launch along with mallards and black ducks as an adult Bald Eagle circled overhead. The water of the Kennebec looked like liquid steel, but icy cold as it churned in the fast current. 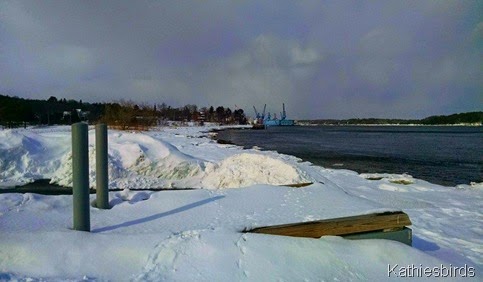 At this location the river is affected by the ocean tides and as the tide ebbed, the mudflats on its banks were revealed. In the marsh, the golden tops of marsh grasses waved like little golden flags above the unbroken snow. As I was admiring this, a gust of wind blew grains of snow like sand into the air and pelted me in the face. This is winter birding in Maine. I turned my back against the assault, then jumped in the car and turned on the engine to warm myself. Yes, it was time to go, but I was glad I came. Glad I saw these birds. Glad to get out of the house! 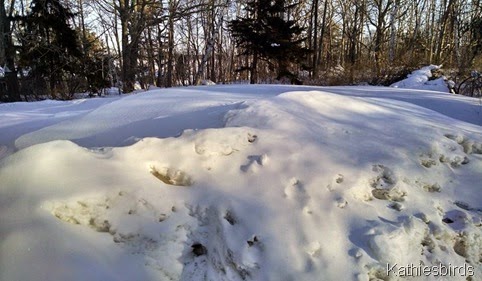 In the time it has taken me to write this, the sun has risen and the sky has turned a shade of pale blue. Sunlight between the trees is casting long shadows with bits of gold on lumpy snow. Today the wind has calmed but the temperature has dropped. I remind myself that we are one day closer to spring. It’s about to get exciting around here! 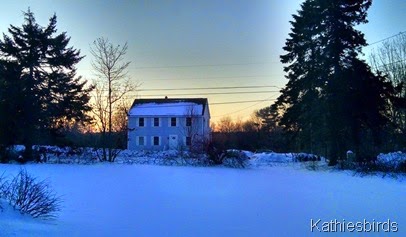