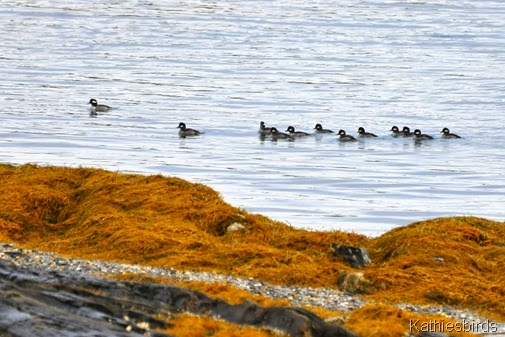 On the first day of winter I took a walk to Mere Point Boat Launch. Gray skies predominated the landscape, and though it was cold, I bundled up and enjoyed my walk. 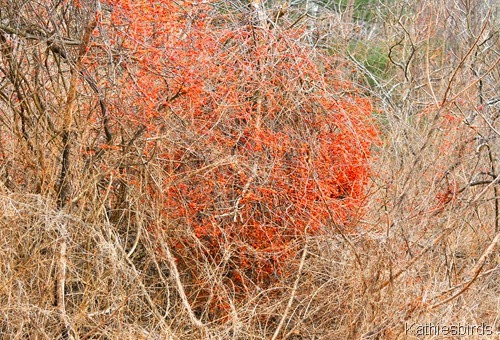 A tangle of bittersweet vines was visible as I started down the road. I knew that later in the season these would be frequented by robins and waxwings. However, I never would have thought I would see an Eastern Bluebird feeding here on February of this year, my first sighting of that species at this location! 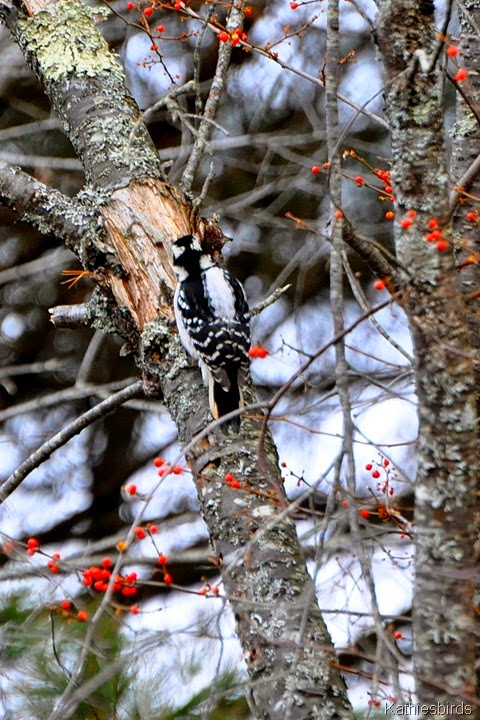 But for today, I just watched as a female Hairy Woodpecker chipped away at an insect infested tree trunk! 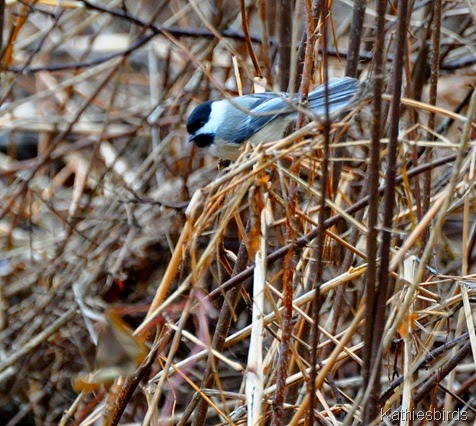 Below the woodpecker a black-capped chickadee foraged in the brush. 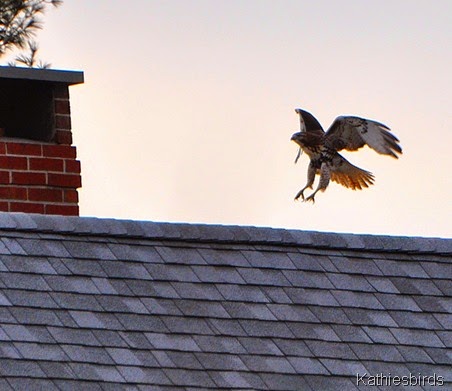 As I neared the boat launch I sighted a red-tailed hawk!

Though I had seen many hawks fly over my yard, this was the first time I had seen a Red-tail at the boat launch! 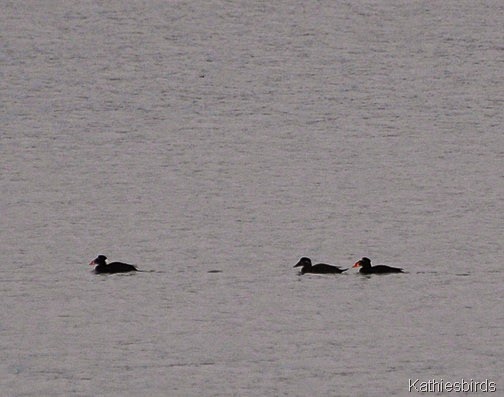 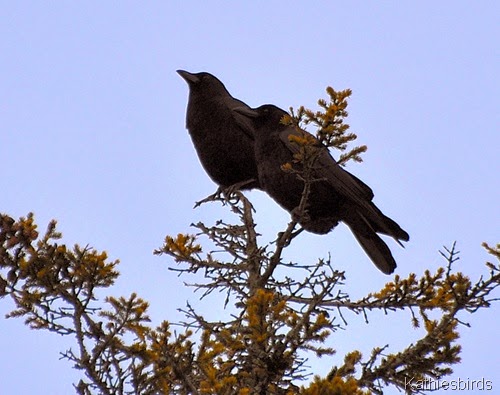 And while I was watching birds, the crows were watching me!

I have seen crows at the boat launch almost every time I count here! 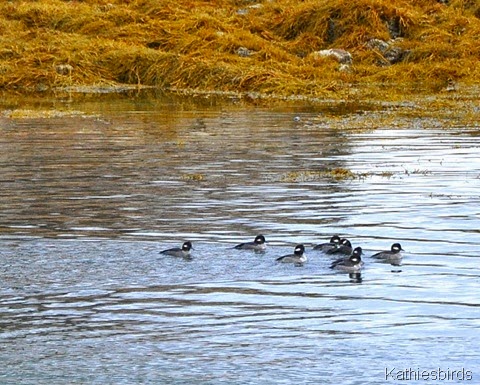 Today the shallow cove was filled with female buffleheads. 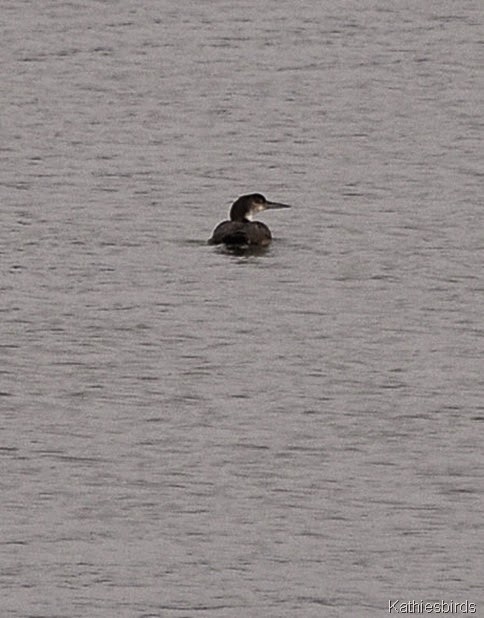 While out in deeper water a Common Loon drifted. 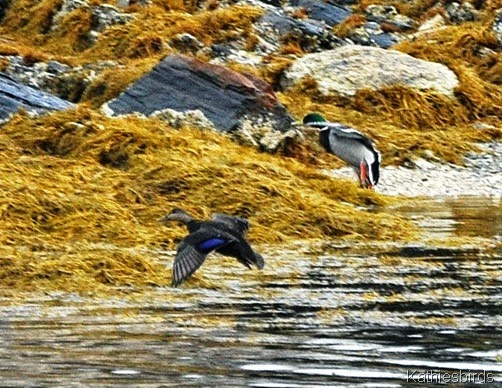 I heard the whistle of wings as a black duck and a mallard landed in the cove. I counted 24 species of birds here on this winter afternoon. By early January I was back again. I was not here at this time of year last year and I wanted to be sure to get a record of the species that were being seen. I wanted to add some data to the Mere Point Life List on eBird.

January 6th was a gray and dreary day. 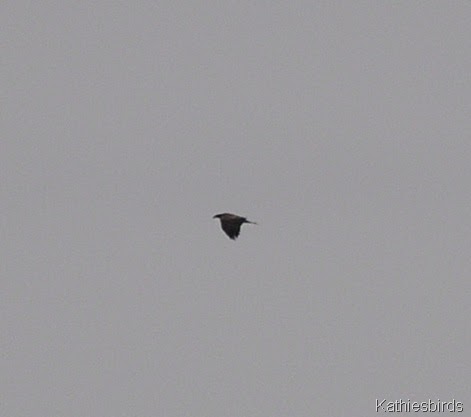 A distant immature bald eagle was little more than a fuzzy speck in the sky as it flew ponderously over the bay! The flat gray light made for lousy photos, but I still enjoyed seeing and counting birds. 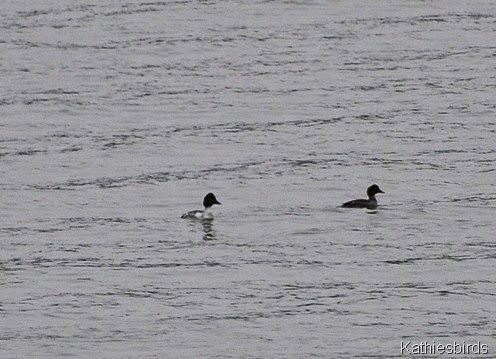 I spotted a couple of Common Goldeneyes paddling by. 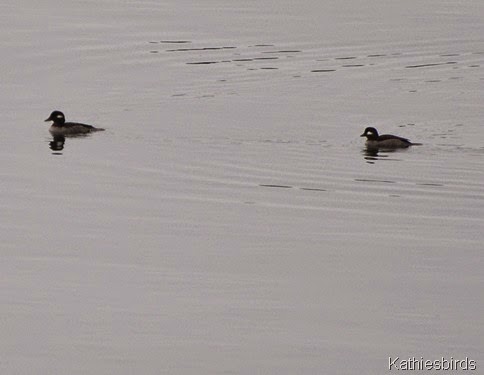 A few of the buffleheads were still around 1-6-15 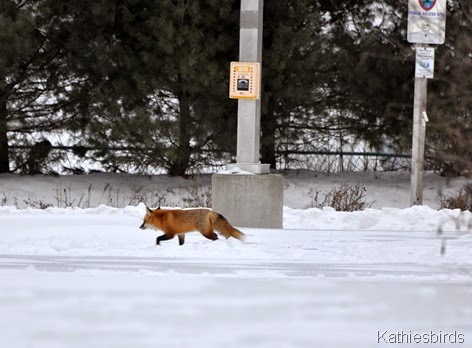 I had barely started down the road when I saw a pair of red foxes crossing the parking lot of the boat launch. I could only get one in the frame as the other was farther ahead and behind a snow bank. 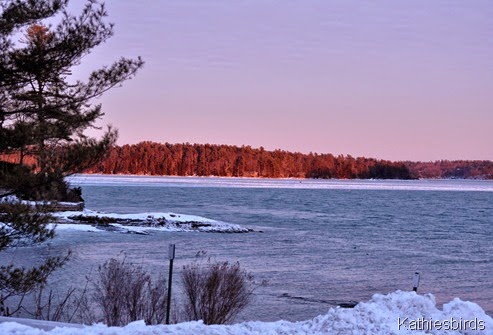 All the boats were out of the water by now.

Soon this bay would ice over for good. 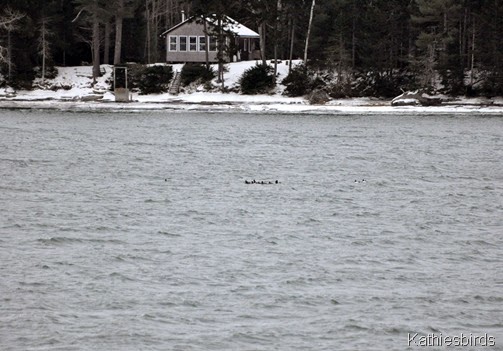 I could see a few ducks in the water near Birch Island. 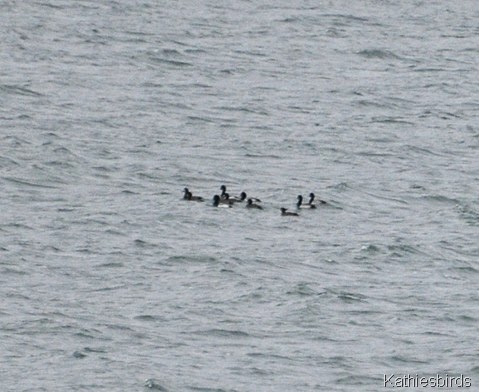 A small flock of Greater Scaup rode the waves. 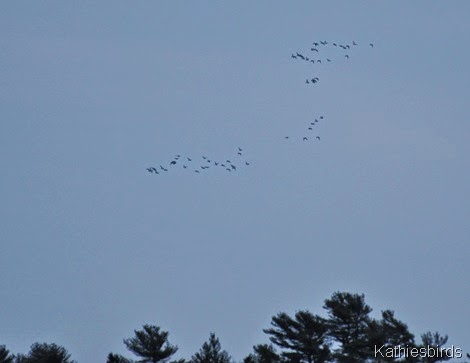 Other flocks of ducks took to the sky and disappeared towards Simpson’s Point and Middle Bay. 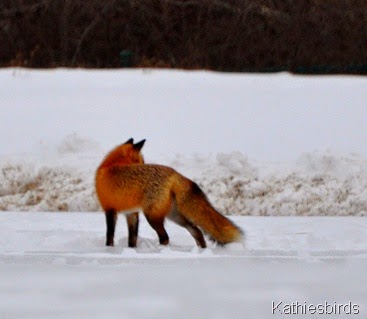 I took my cue from the red fox and headed home. 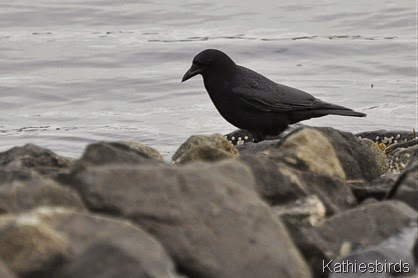