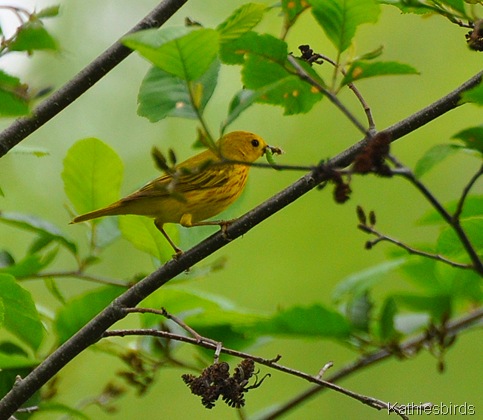 Bay Bridge Landing in Brunswick, Maine is a sweet place to bird. Tucked in behind a mobile home neighborhood and a business you would never know it was there. A fellow birder told me about it last year and I have now birded here a few times, often taking my lunch along and sitting on one of the benches near the river to eat while I watch birds. 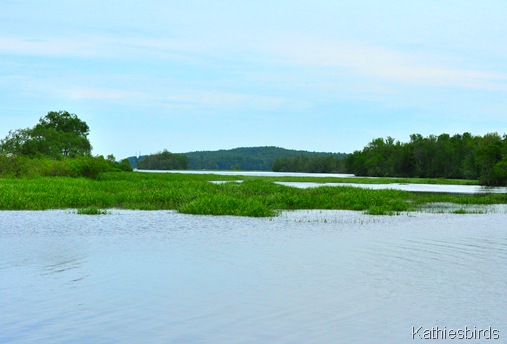 Bay Bridge Landing sits on a bend in the Androscoggin River at the south end of Merrymeeting Bay. It has a backwater cove that becomes a marshland providing excellent habitat for birds. In the summer I see blackbirds, warblers, flycatchers, cormorants, herons and gulls here. They are osprey nesting on the platforms provided for them. There is a little island with a trail that used to be connected by a couple of bridges but the bridges have fallen into disrepair, so you can no longer get to the island. You can follow the trail up one side, then double back and around to get to the other side. 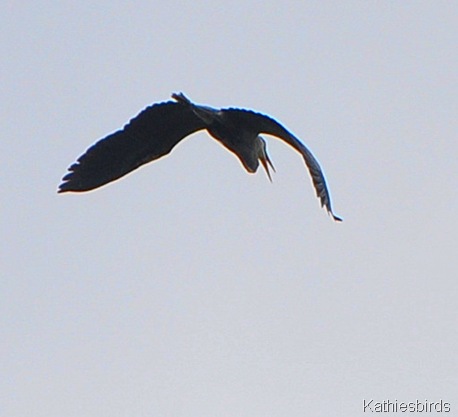 Still, it doesn’t stop you from seeing the herons when they fly over! 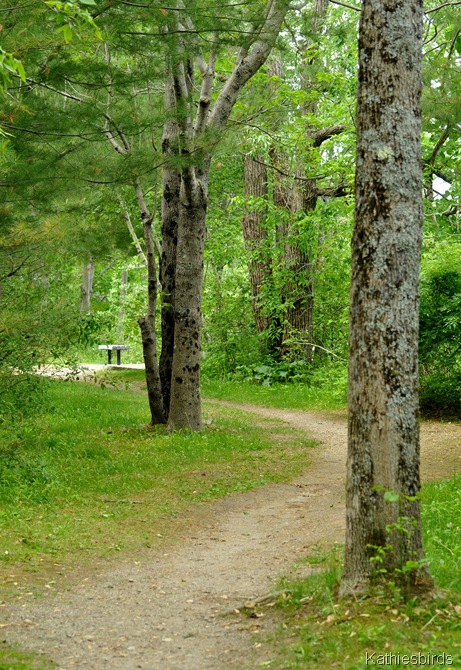 This is the trail closest to the river and you can sit on this bench and watch birds. 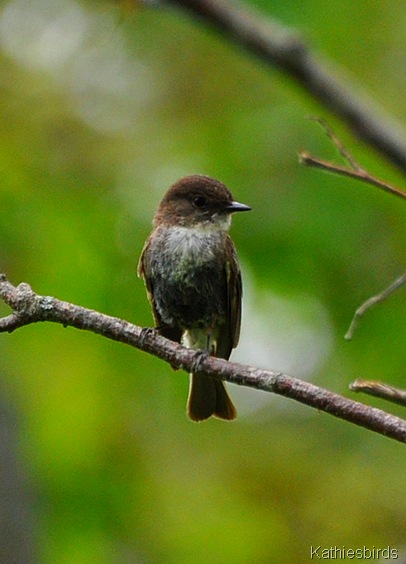 I found this sweet Eastern Phoebe farther up the trail near the bridge. 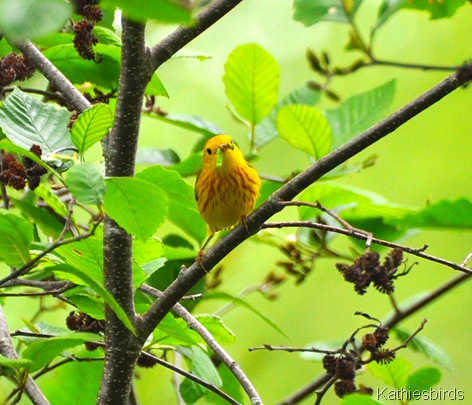 Finding this male Yellow Warbler was also a delight!

As you can see, he was quite busy gathering food to feed his very hungry brood!

You can tell it is a male by the rusty streaks on its breast. 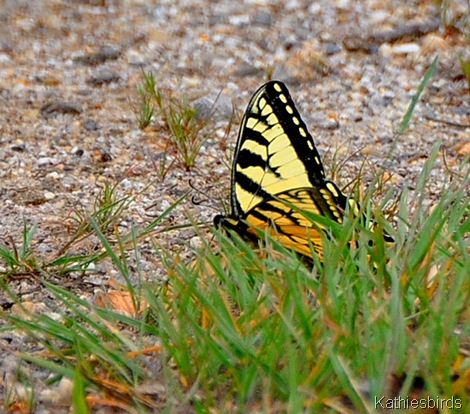 You can also find a few butterflies at Bay Bridge Landing!

As regular readers of this blog will know, I often like to bird around parking lots and on this particular day I needed to stop at the nearby Tractor Supply on my way home. While there, I also counted birds. 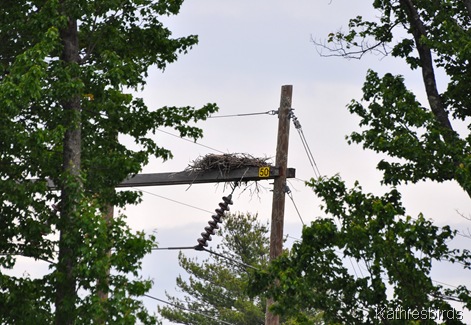 I found that a pair of osprey were building a nest on the utility poles. At a later date I actually saw parents with nestlings in this nest! 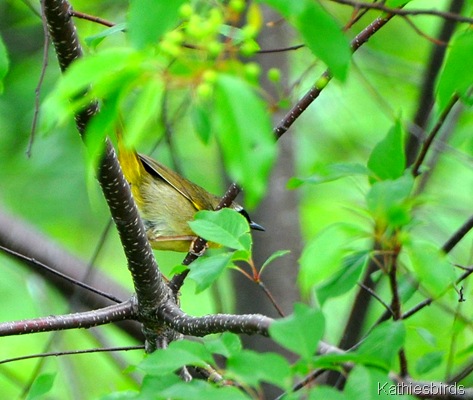 In some brush at the edge of the parking lot I found a Common Yellowthroat! 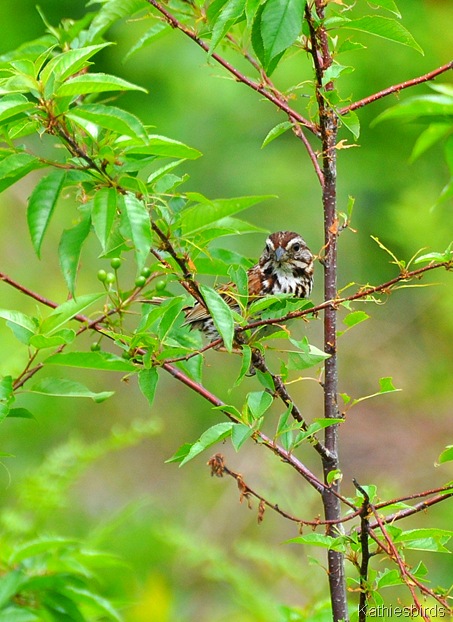 …along with a Song Sparrow to boot!

Bay Bridge Landing is found in Brunswick, Maine off the Old Bath Road near Cook’s Corner. Follow signs for Bay Bridge Estates. After entering the park on Driscoll Street, turn left at the stop sign and follow Bay Bridge Road Road past an industrial building to the end where there is a parking lot.