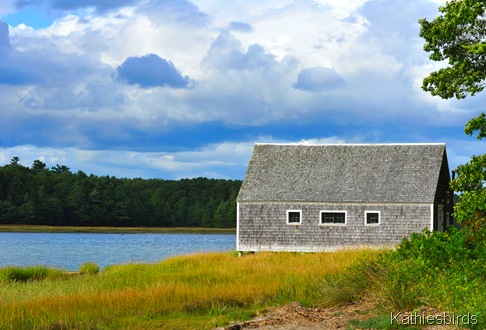 Skolfield Shores 9-14-2015
September 14, 2015: Ever since moving to Harpswell I have made it my mission to take advantage of the time I have here and explore the area. One of the places I was able to hike and bird at before hunting season started was Skolfield Shores. It is a nature preserve off Route 123 in Harpswell. I had driven by the parking lot several times, but finally pulled in and parked on September 14th. There is a lot more to the preserve but I only took the short hike to the shore to see what I could see. I knew that shorebirds were migrating back then and was hoping I would see some. The trail led me through a yard and past houses and down through some trees, before opening up into a meadow and emerging at the shore. 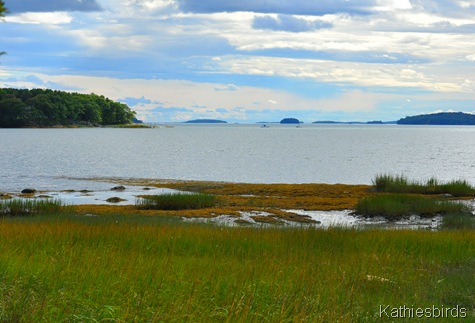 From there I had a marvelous view of the Middle Bay. 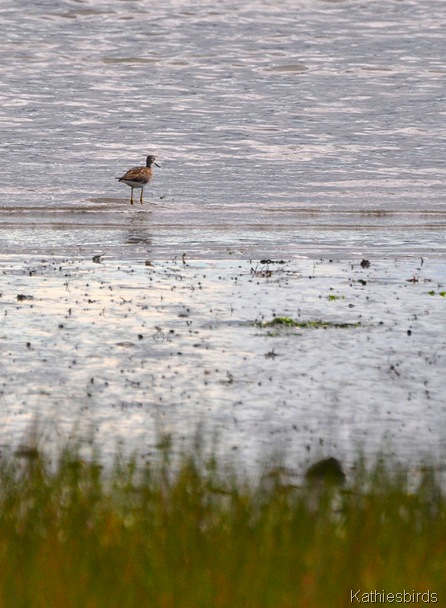 And I did find a greater yellowlegs searching for prey on the shore! It was low tide, so I was able to walk out on this little path to those rocks. 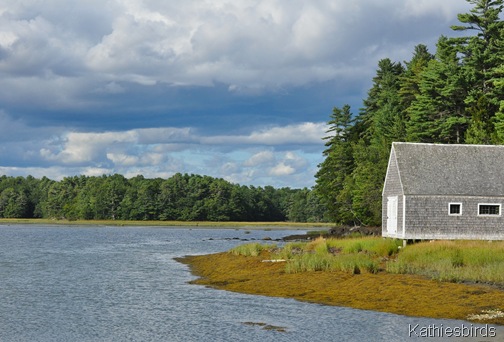 This is the view looking north up Middle Bay. 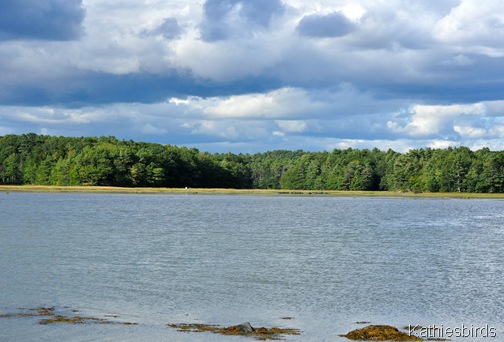 Somewhere on that side is Barnes Landing! 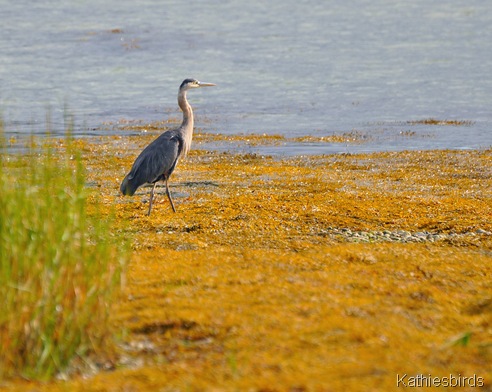 Just before I left, a Great Blue Heron flew in to fish the shoreline.
Then it was time to turn back and climb the stairs into the woods and across the meadow on my return trip. I have not been back since. During hunting season I was afraid to go into the woods for fear of getting shot, but now that hunting season is over I hope to go exploring again. I did not think I would have this opportunity, but we are having such mild weather that I may still be able to do it! We have not had any snow yet here in Harpswell, so I feel I am being given a gift. I just have to get used to going out birding in the middle of the day since it gets dark by 4:30 PM! 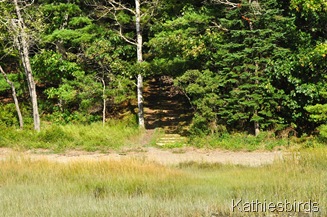