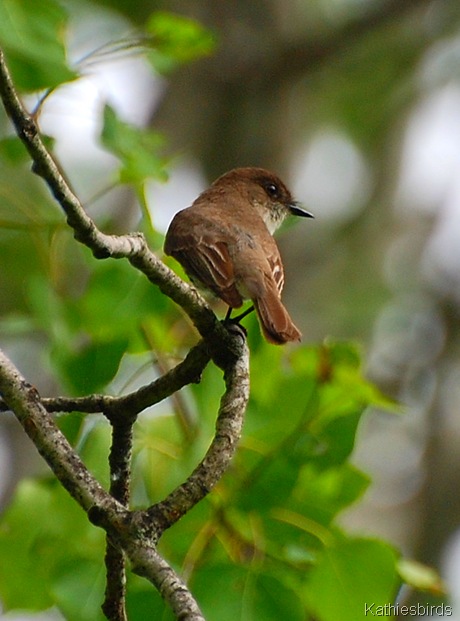 Every spring or summer when I visit my in-laws’ house in Norridgewock, ME I always find a pair of Phoebes nesting under their garage roof. In fact, my father-in-law built these nesting shelves just for them. He is the one who first introduced me to phoebes. I recorded my first ever sighting of the species here in this yard on July 4, 1996. Since then I have seen the species in several other places and in several other states, but I always looks forward to coming here and seeing the sweet little birds nesting in the summer. 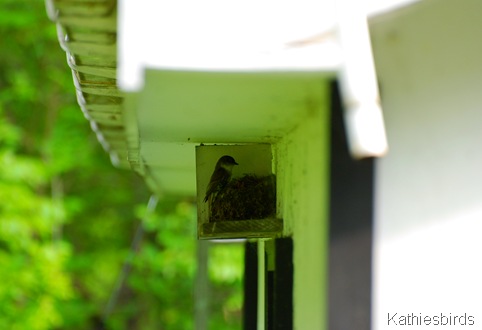 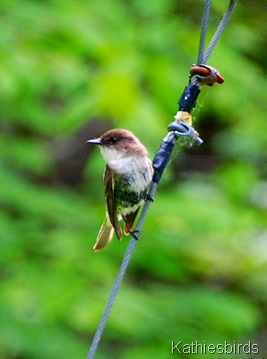 I saw both parents nearby on this day, one had a plainer and slightly yellow breast and belly but this bird had this dark “belly band” which I found unusual and it almost threw me off on my identification but after observing the bird feeding the nestlings and consulting my bird guides I could only conclude it was still an Eastern Phoebe. After I off-loaded my photos and looked at it more closely I started to wonder if the dark area was from the moss used in the nest. Perhaps this is the mother bird who spends the most time on the nest and the moss has stained her belly feathers? Anyone with insight, please leave a comment. 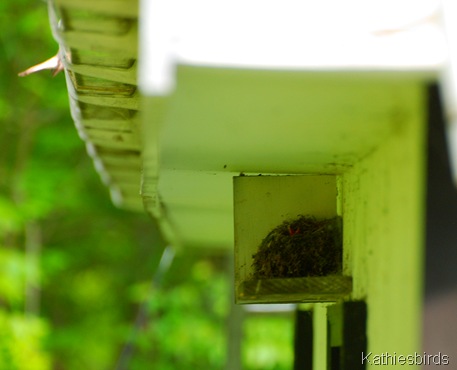 Look closely and you can see the chick in the nest with its beak open and the tail of the parent on the roof of the garage! (All photos click to enlarge). 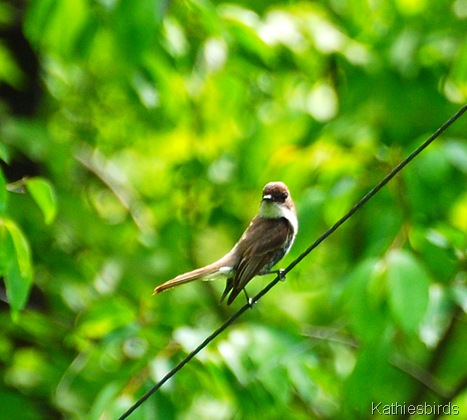 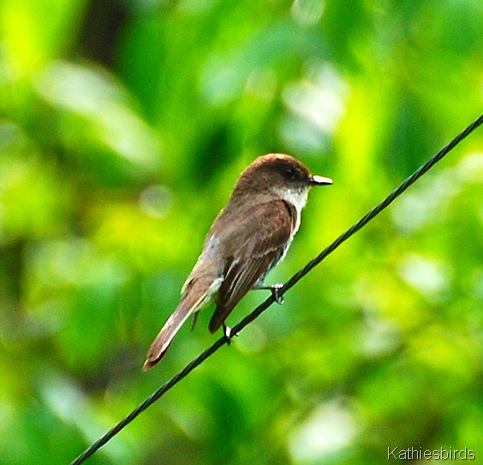