A Quick Hike in Saguaro NP 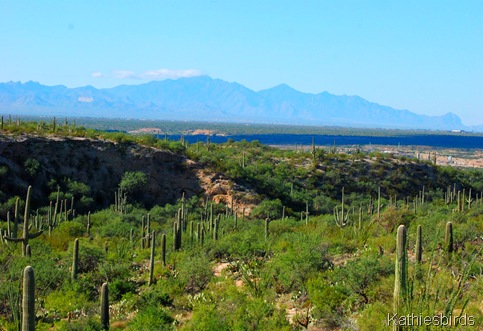 On Friday, September 14 I awoke to a beautifully cool and sunny morning. It was such a relief after the heat and humidity from the monsoon. As I sat out on my balcony drinking tea and watching birds, I was thinking I would like to go for a hike somewhere, but I was stuck at home. The moving company was sending someone to come pick up my empty boxes between 10 and noon. I had to stay and wait. As I sat there sipping my tea, my son texted me asking if I wanted to go for a hike. It was an invitation I couldn’t resist, so I suggest we go to Saguaro National Park, which is nearby, and we could hike the Freeman Homestead Trail. I knew it was a short hike and we could probably go and get back before the movers arrived. So, I threw all my gear together and we were on the road within 20 minutes! 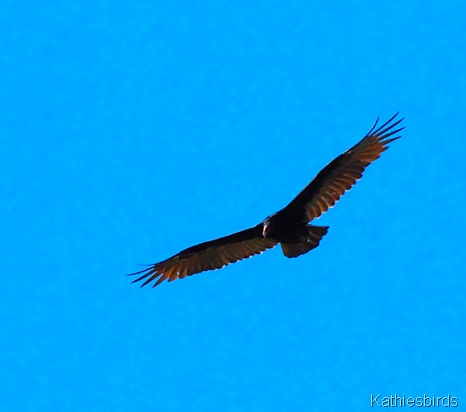 Saguaro National Park  consists of two units divided by the city of Tucson. The Tucson Mountain Unit sits on the west side of the city and is the first place I ever visited in Tucson over 5 years ago. While the eastern Rincon Unit is larger in land area, it is also the least visited. My son had never been to the eastern unit of Saguaro National Park. While there is a very nice 7 mile loop road you can drive with pullouts and side trails, we chose to take the right-hand turn where we headed for the Freeman Homestead Trail. The Freeman Homestead Trail is a short hike down into a desert wash where the Freeman Family homesteaded years before this was ever a National Park. It is an easy hike with a good chance of seeing a wide variety of desert birds. We had barely started our hike when a turkey vulture dipped its wings in greeting! 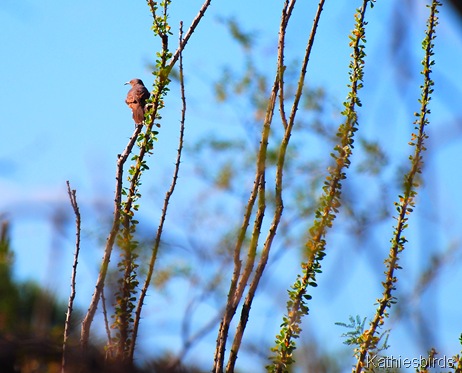 I found a curve-billed thrasher perched on some ocotillo still green from the recent monsoon rains. Cactus wrens moved through the undergrowth and Gila woodpeckers called from the desert. 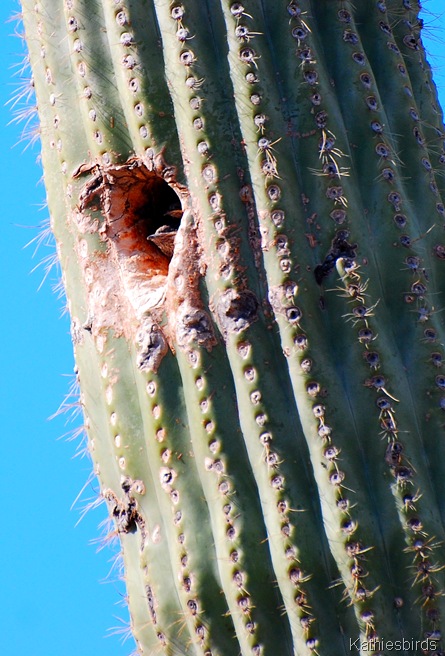 We saw a female purple martin bringing food to her young in a saguaro. 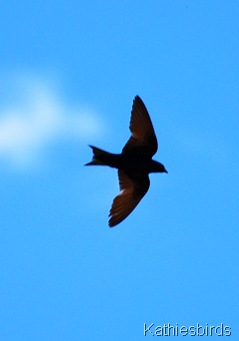 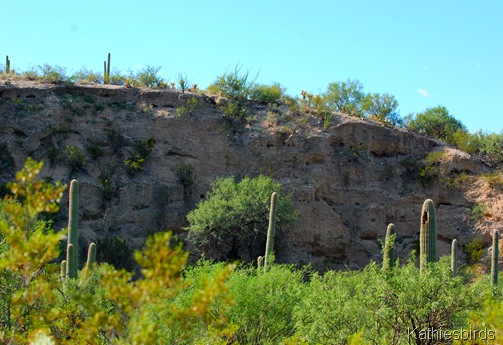 I scanned the holes on this packed clay cliff knowing that I had seen a great-horned owl here years before. I did not see the owl, until we were down in the wash. Then it flushed from its hiding place and landed farther up the embankment in a tree. 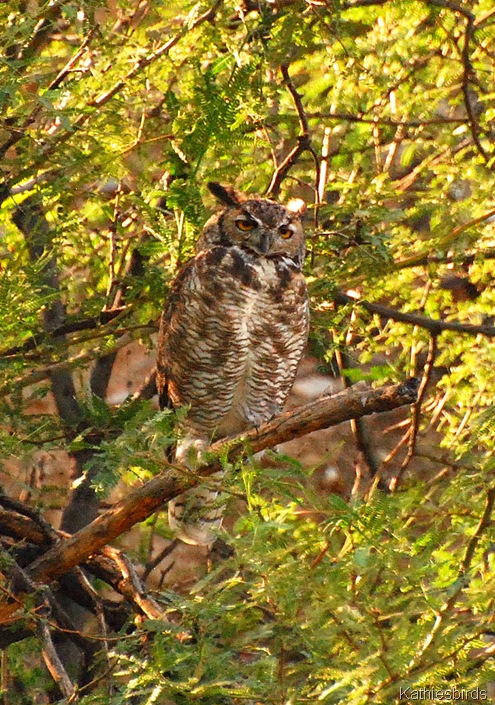 The sun was directly behind the cliff making looking for it quite difficult. GW finally found it for me and I snapped a few shots off, trying to adjust my settings for the shady light. Though we were far down the slope it felt we got too close and flew off again. I let it be and we hiked on. We did the hike in less than an hour and were soon back on the road again… 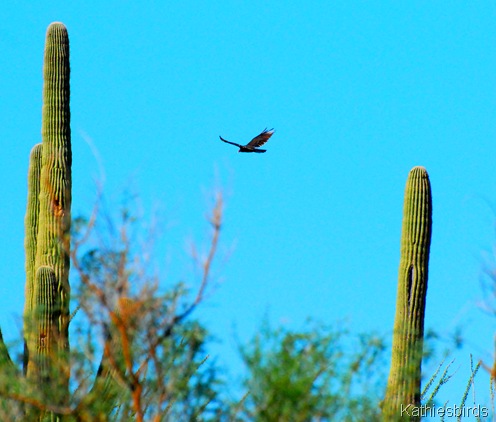 With a turkey vultures bidding us “good-bye” as we drove away!

As we drove up in front of our house the movers pulled in behind us, a half hour early! Good thing we came back when we did! But I was glad of the quick escape and the early morning hike in the cool desert!