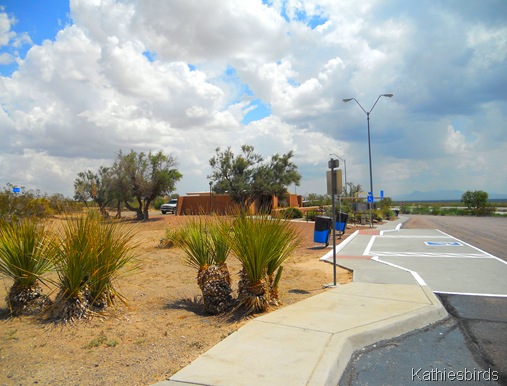 On our last day of driving when we were so weary we were awakened early by my cats jumping on the our beds. They kept jumping on us and crying and we could not figure out why. They had not done this on the whole trip. They started about 4 o’clock in the morning, jumping and meowing and running around. I got up to use the restroom and the kitties followed me in there, but whatever they were trying to tell me, I just did not get it. I called them onto my bed and tried to cuddle them and calm them down, but they remained restless. Finally, about 6:30 a.m. Kathryn got up and noticed that their water bowl was empty! It was so hot and dry in this part of Texas that Blossom and the cats had drunk all the water we had put out for them the night before! As soon as Kathryn refilled the bowl they ran over and drank and drank! Then they settled down peacefully on my bed. The cats were trying so hard to communicate with us. We were the ones who were dumb! But, by now it was too late to really go back to sleep, so Kathryn and I just got up and got dressed. We soon loaded the car and headed out for our last day of driving. 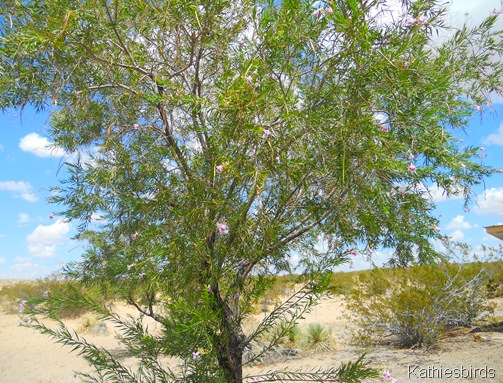 As we followed the open road the final miles fell behind us. I do not remember much of how I was feeling, other than tired. Once again, I felt the finality of it all. I was moving back to Tucson for good and leaving the rest of my family behind. I wanted to be excited, but instead I felt sad. When I saw a desert willow at the Fabens Rest Area I knew I was back in the desert. Then a female Broad-tailed hummingbird flew in for a sip from one of the pale pink blossoms and I smiled. It was my first Texas hummingbird and I knew there would be more waiting for me in Tucson. Only in Tucson do we get winter hummingbirds! 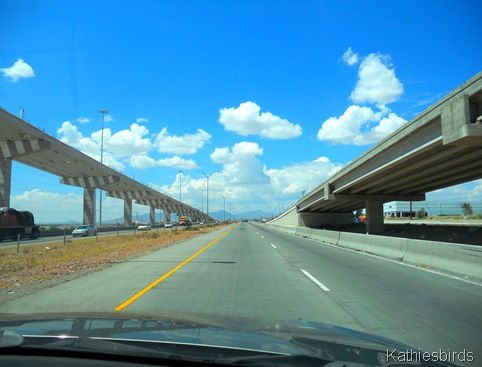 Somewhere on the road in Texas 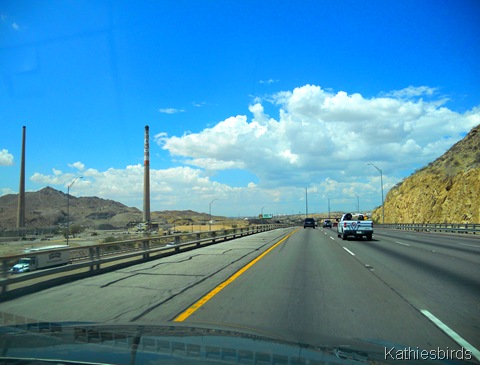 I think this is on the west side of El Paso

We did not stop to bird today. We just kept driving, though we did count birds at one spot where we stopped to get gas and found a few Western Flycatchers sitting on the fence behind the station. They were so close to us but I was so tired by now I didn’t even bother to get out my camera! Sorry! 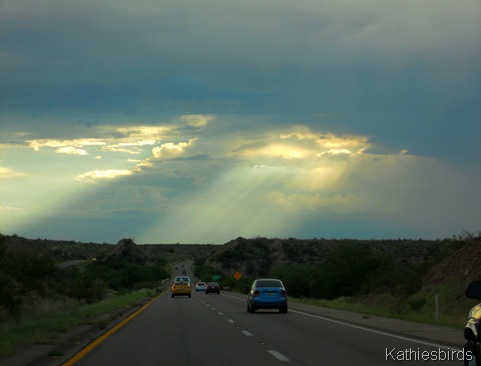 Finally, after 2600 miles we were nearing Tucson!

I was driving at this point and Kathryn was taking pictures out the window. Monsoon clouds hovered overhead but sunlight was streaming through like a golden benediction on the road before us. 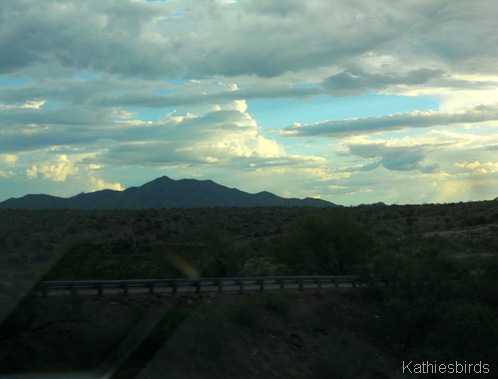 We saw the Rincon Mountains out our window on the right… 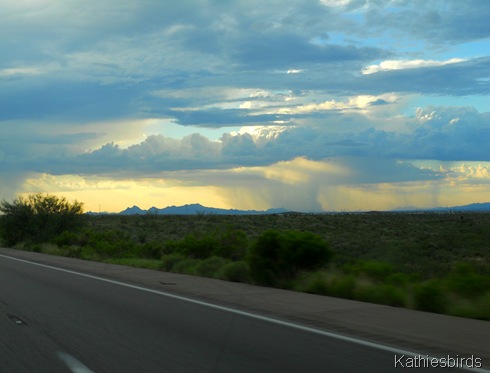 …and the Tucson Mountains just ahead. 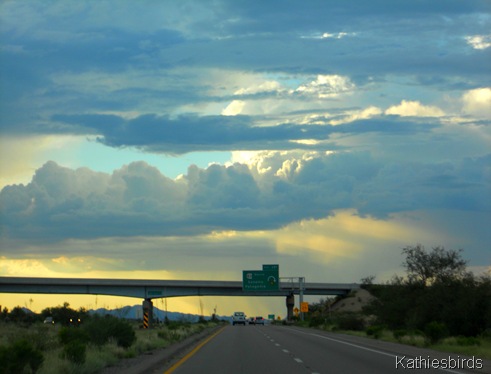 We passed under the bridge of the Sonoita Highway… 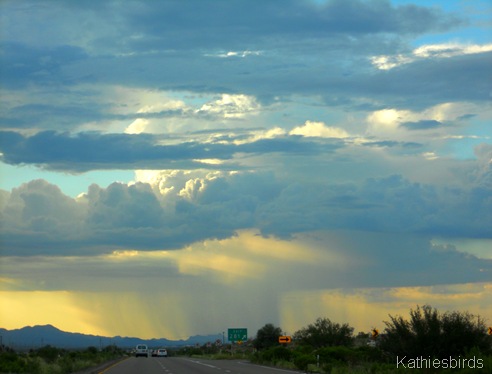 …then exited at Houghton Road.

We were finally home.

Email ThisBlogThis!Share to TwitterShare to FacebookShare to Pinterest
Labels: From Andover to Tucson, moving, travels, Tucson