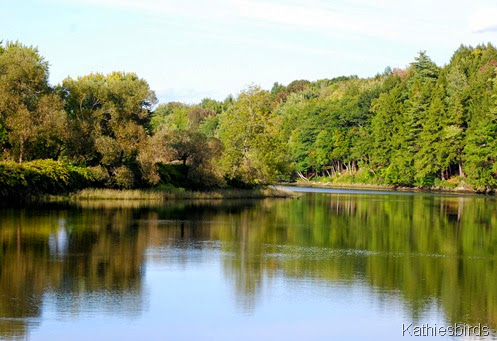 The leaves had barely started to turn when I took a walk along the Androscoggin River in Brunswick, Maine on September 23rd. While I had done the Riverwalk twice before, I had always started from the southern end of the trail off Water Street. This time I drove to the northern trailhead on Grove Street and headed south. This part of the trail lies closer to busy Route 1, so I did not see as many birds, but I di see a few. I found the traffic a bit annoying, until I found a little side trail that took me down a step embankment and onto the shore of the Androscoggin River right where it turns Northwest to flow into Merrymeeting Bay! I keep hoping to find lots of migrating ducks here, but so far I have found none. All was quiet as I sat and watched the clear, cold water flow by. With the steep embankment and all the trees, it blocked the noise of the highway and I found this a tranquil place to sit and think. Eventually I was joined by a single migrating Eastern Phoebe and that was just fine with me! 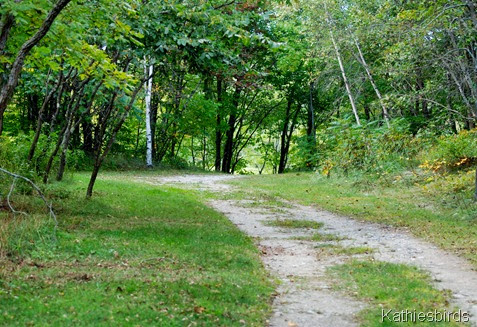 The trail leading in. 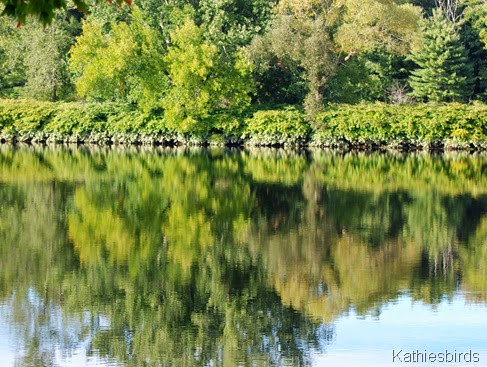 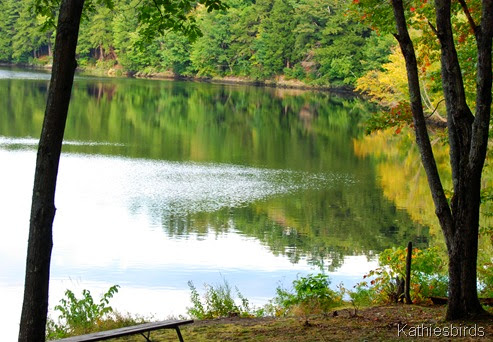 A tranquil place to sit. 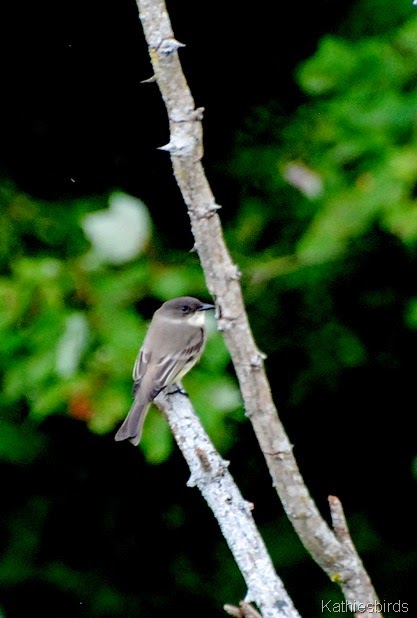 Eastern Phoebe in the woods. 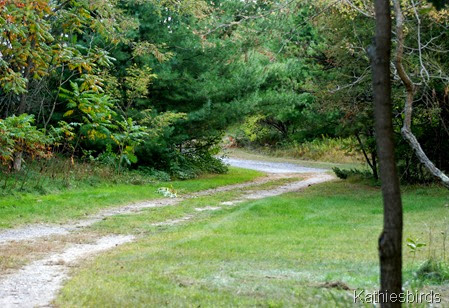 Walking out to main trail.