I Discover a New Pond at Brunswick Landing 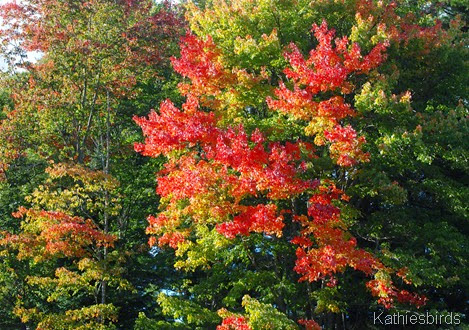 Autumn is underway in Brunswick Landing 9-22-14

So many times on my way to or from the store I drive through former Brunswick naval air Station which is now know as Brunswick Landing. It is an extensive property and is also an eBird Hotspot! I have been birding here since May of this year when I first learned about it. There are so many places I have not yet explored and so, On September 22nd on my way to the store I drove in form the south and decided to turn onto a new road. the weather was nice enough for me to drive with my windows open and when I heard a bunch of birds calling form an abandoned parking lot, I pulled in and parked and then got out. At first I saw Black-capped chickadees, but I followed them into the woods and discovered a new pond with more birds in the trees and on the water. 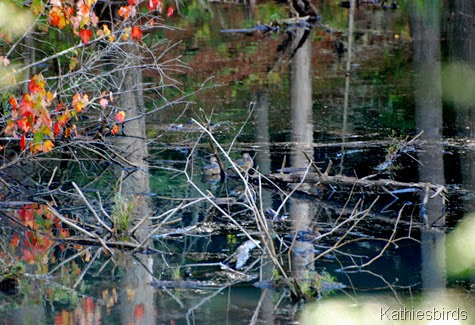 I know of a small pond at the north end of the property, and that is where I found some Hooded mergansers previously, but this one was in the middle. I had seen on the eBird reports that others had seen wood ducks and other ducks on Brunswick Landing Property, but I had never found any. Now I did. I used the trees as cover and slowly crept closer. I was hoping for a better look and better photographs, but the sun was behind the birds and the shadows were deep and dark. I only got off 1 or 2 shots before they slowly moved further away, and then some of them took wing and bolted! I decided to stop in my tracks, for I did not want to scare the birds. 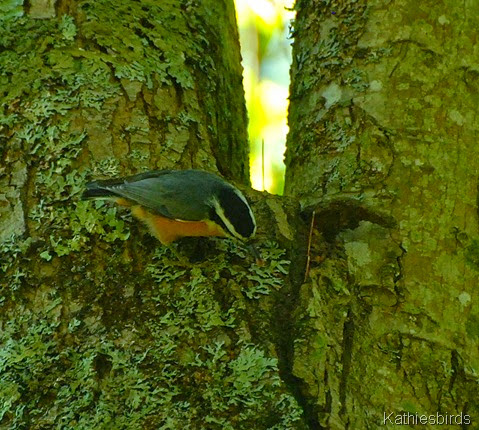 Red-breasted Nuthatches were all over the trees in this woodland!

I found them in numerous areas on this day! 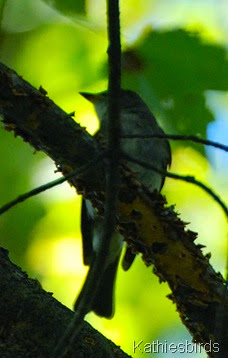 I think this is an Eastern Wood Pewee, but I never did get a good shot of the face and head. It was in the trees surrounding the pond. Below you can see a photo of its wing. 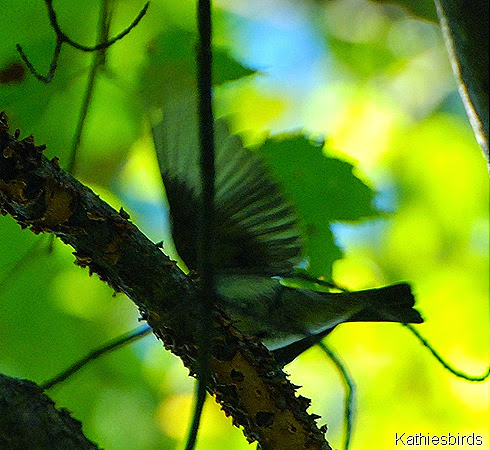 This is what you see when you look up in the woods! 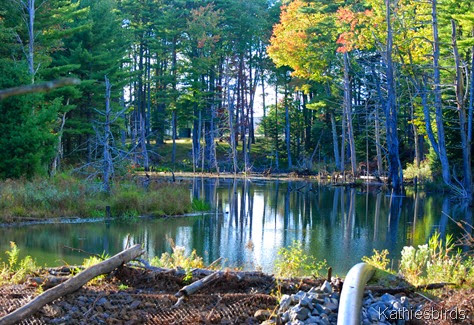 This is the pond as seen from the eastern end. the sun is setting just beyond the trees at the far end. I could hear an osprey calling but did not see one overhead, but then I looked up in a dead snag near the pond and there was the osprey on a limb with a fish in its talons and a crow on a branch above making a ruckus and trying to annoy the osprey. The osprey was still there with the fish when I left! 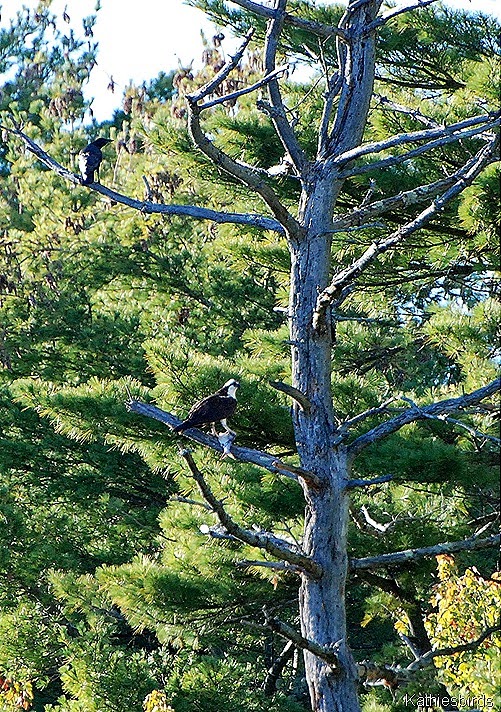 Osprey with fish at Brunswick Landing 9-22-14

There are at least 3 to 4 osprey nest on Brunswick Landing and I used to see the birds every single time I drove through, but I have not seen an osprey there since this day. I suspect they are starting to migrate away and soon they will be gone until next spring. Brunswick Landing is an eBird Hotspot and you can see the most current birding information by clicking on the link.

Currently there are some changes taking place on the property. I have noticed they have cut down a large area of trees near the south entrance. They have also mowed the grass surrounding the airfield and have put up some new lights and distance signposts at the end of the runway. It also looks like they are getting ready to develop more of the property near the north end as I have seen more cars and trucks parked on Katahdin Road and near the temporary trailer set up there. Still, there are plenty of places to bird in peace and I will keep going there. I am waiting to see if they keep the south entrance open for the winter, or block it off for the season like they did last year. It will make it much more difficult for me to get in and bird as I will have to drive all the way around to get in the north entrance and then drive all the way back out and around again to get home, whereas now I can just drive through. We shall see!

Here are my most recent Brunswick Landing checklists: