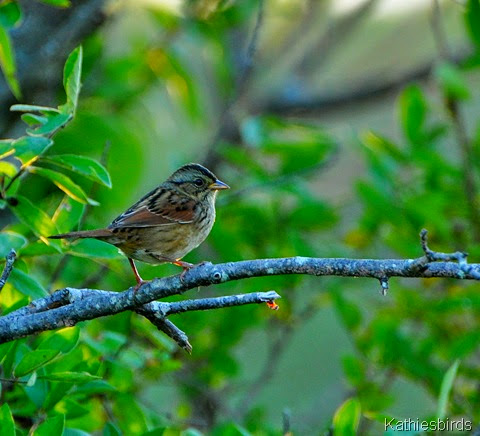 October 5, 2014: I must have hit the Swamp Sparrow migration just right at Wharton’s Point, for on the evening of October 5th I drove over to see what I could see at Maquoit Bay and there, mixed in with the Song and Savannah sparrows, were a couple of Swamp Sparrows. Swamp sparrows are known for their rusty cap, brown cheek, rusty primaries and tail feathers, gray face, and when seen in breeding plumage and good light, you can also see their yellow lores. Lores are tiny little feathers in front of their eyes between their eyes and beaks and many other birds are identified by the color of their lores. I love Swamp Sparrows, though they are seldom seen by most people. I use to find them at the Stirling Street Bog when I lived in Andover, MA. Finding them in Arizona was a bit harder, but it could be done and I found a few with my Birding Buddy, Chris Rohrer.  Since moving here I have seen them more often, including in my yard, but this evening was the most I had ever seen at one time! 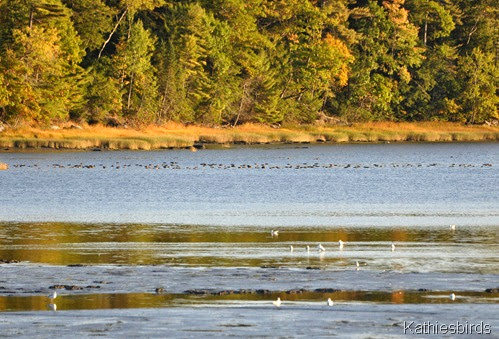 Of course, there was golden light on the bay as the sun went down. 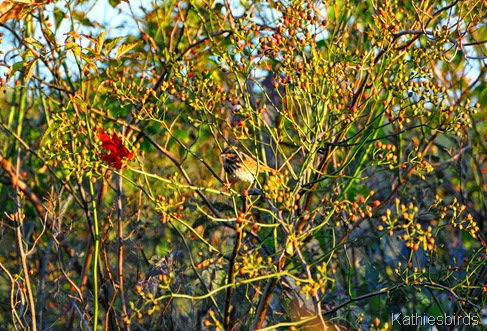 A few Song Sparrows hung out in the scrub bushes. 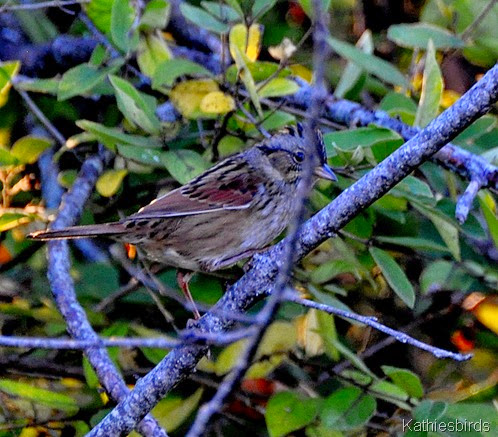 The Swamp Sparrows liked to stay in the shadows. 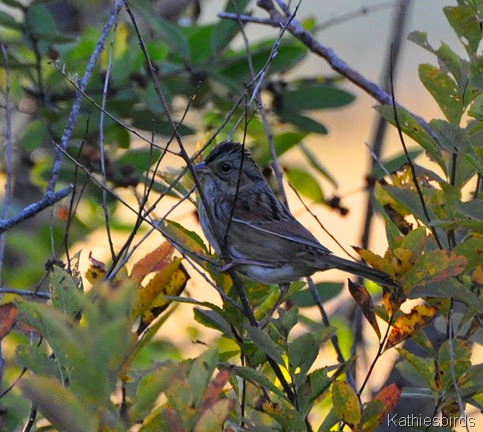 But I still managed to get a few photos of them! 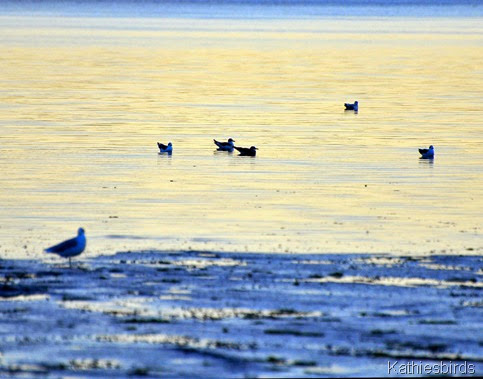 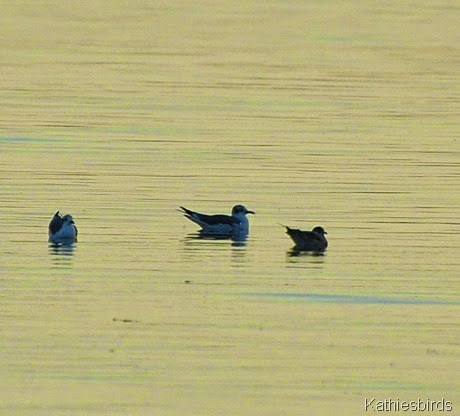 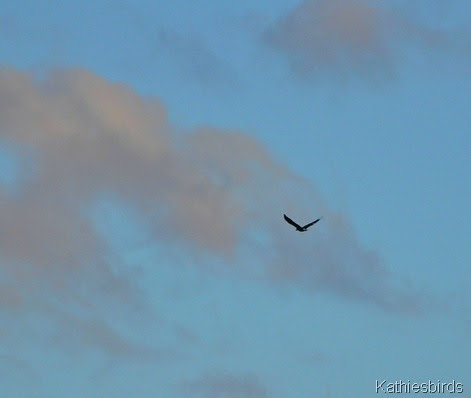 It’s not unusual to see Bald Eagles flying over the bay.

Wharton Point is one of my favorite places to bird, and since it is close by, I stop here frequently. Sometimes I am frustrated because the birds are so far out that I cannot identify them, but often they are close in and I can see and photograph them from land. This was a good day for birding Wharton Point. 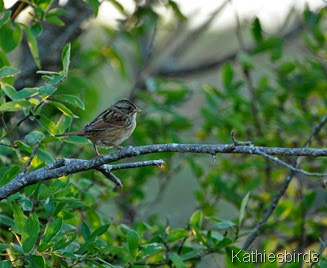