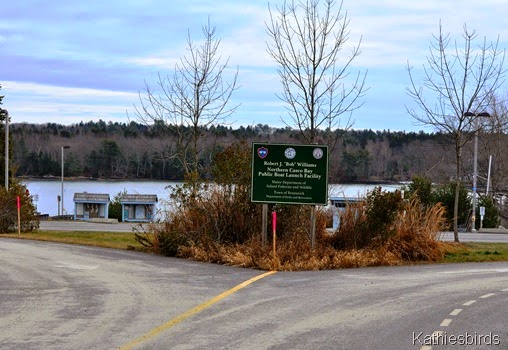 It’s been a full year now that I have been monitoring and counting birds at the Mere Point Boat Launch in Brunswick, Maine. I first suggested it as an eBird Hotspot shortly after moving here in February of 2014. It has been exciting to seen the list of birds at this location grow, and even more exciting for me to share it with friends. I loved having Chris Rohrer bird here with me last summer. Since then other birders have come and added to the data. We are currently up to 100 species for this location, of which I have seen 96, and I can only hope more species will be added as the birding continues! Here are just some of the species I observed last fall, along with the seasonal changes. 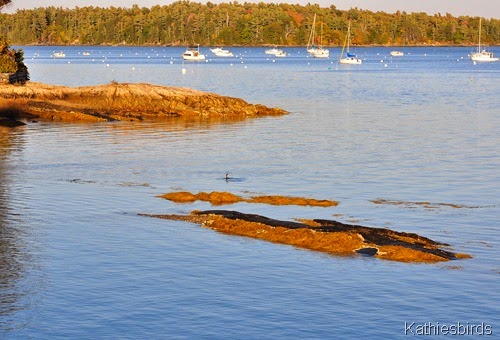 Leaves were starting to turn, and there were a few boats still moored in the bay. 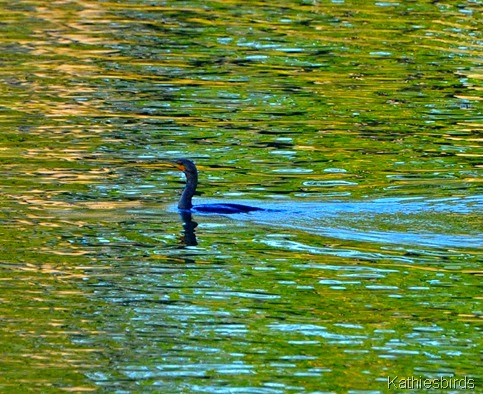 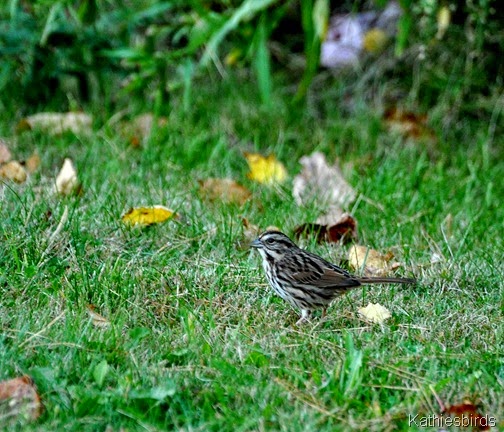 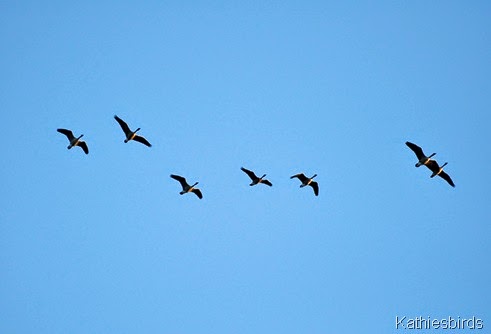 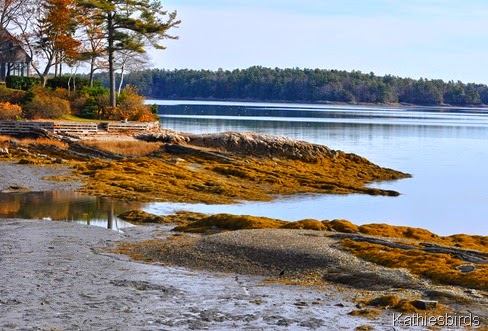 Low tide in the bay exposes the golden eel grass on the rocks. 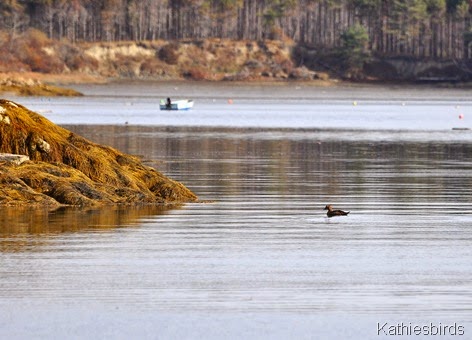 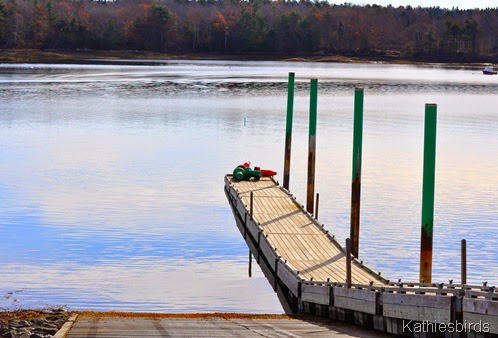 Winter preparations are underway and the buoys have been pulled from the water 11-13-14. 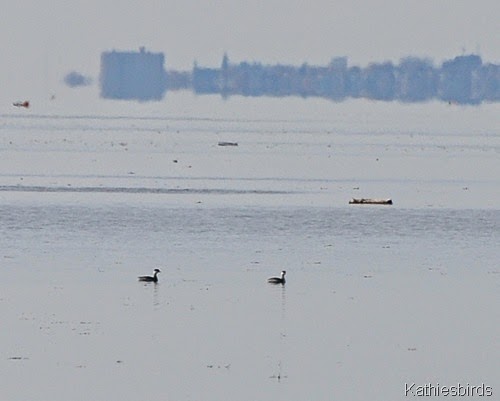 I spotted the first Horned Grebes down where Mere Point Bay joins with Casco Bay 11-13-14. 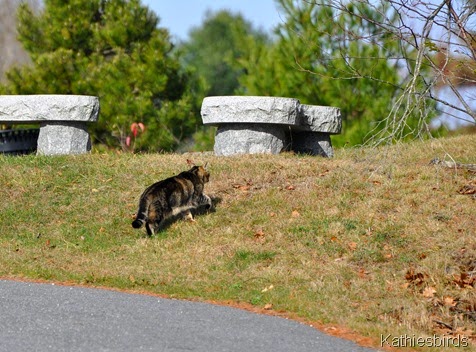 I was not happy to see this domestic cat walking across the boat launch area since I know how many sparrows and finches are still around! Domestic cats belong indoors and not out hunting song birds! 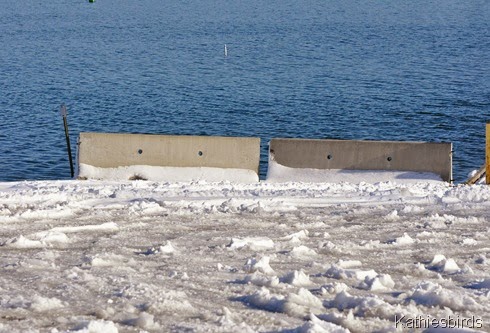 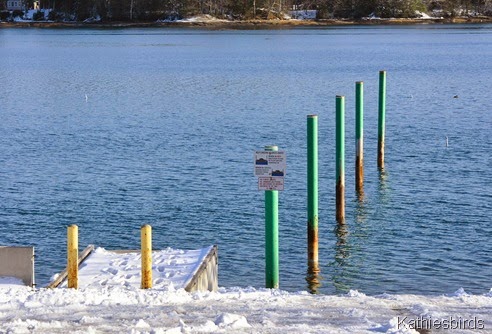 No more walking out on the floating dock!

They remove this for the winter. It will be reinstalled in the spring. 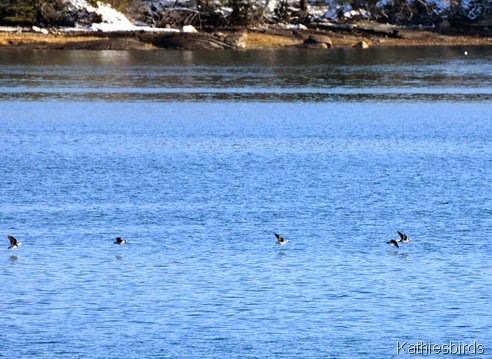 Long-tailed Ducks flying over the bay are another sign of the coming winter! 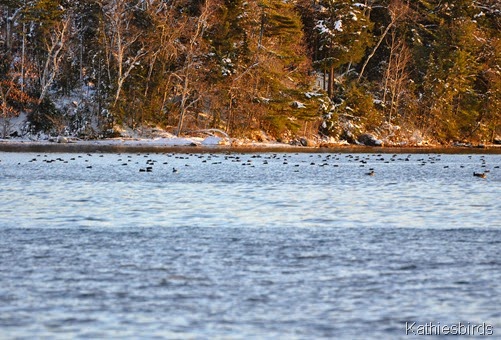 Hundreds of ducks and geese are in the bay far across the water where I cannot identify them all! 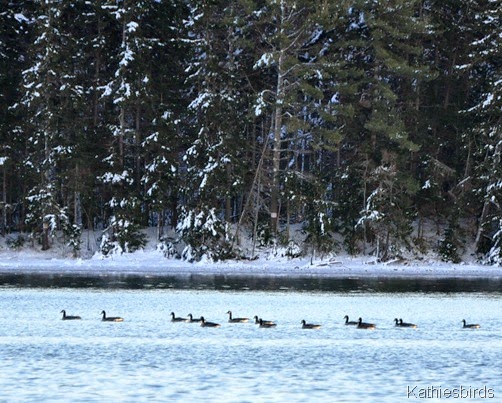 But it’s easy to identify these Canada Geese! 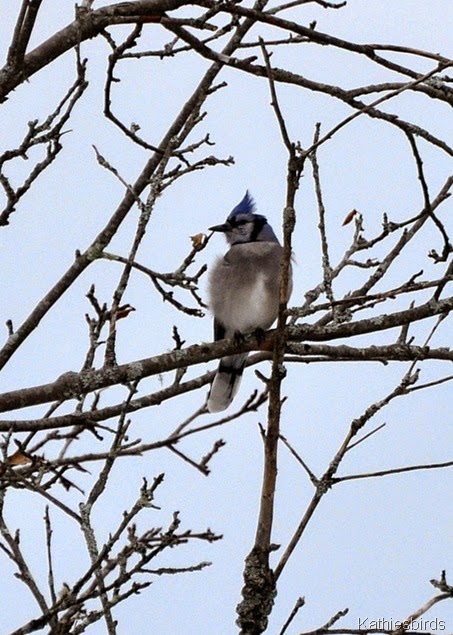 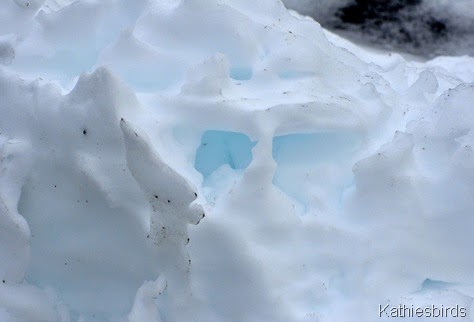 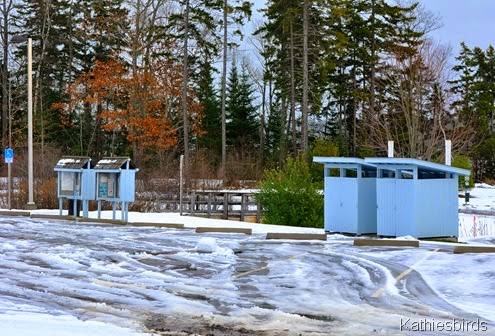 The parking lot still sported a melting layer of slush in front of the out houses and information boards. 11-30-14 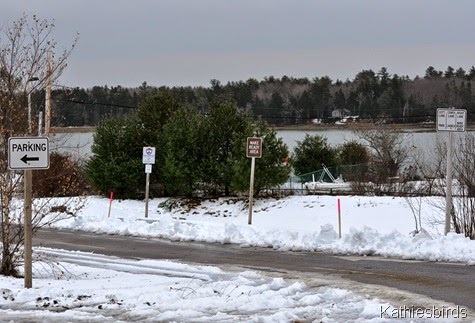 It was starting to look like a bleak November day. 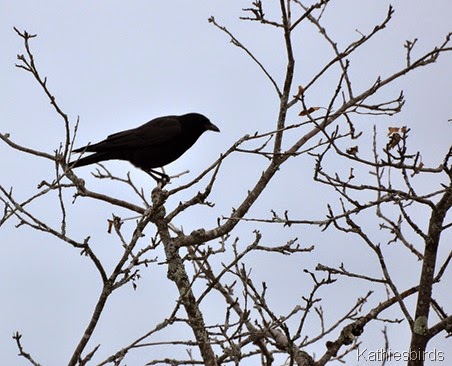 As always, the sentinel crow was there to keep an eye on things!

Soon Winter would come and change the boat launch even more. 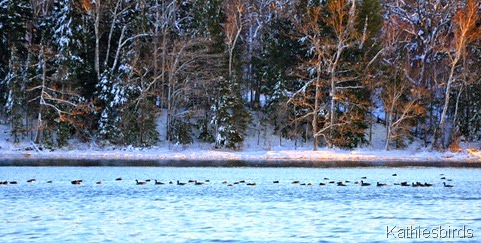