A Few Surprises at Brunswick Landing 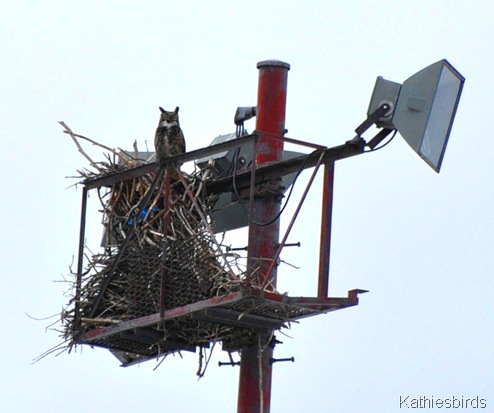 In April of this year I drove through Brunswick Landing several times during the peak of Spring Migration. Winter was just ending but the birds were were retuning and some of them were already nesting. Brunswick Landing is a funny place because in some ways it is abandoned and wild, but moves are underway by Midcoast Regional Development Authority to bring new life to this place. I, however, like the wildlife more than the business aspect of things, and while I do believe that some of the land will be left wild, much is being developed and places I had access to last year have now been blocked off. Still, it is a good place to bird if you know where to look and this year I found a few surprises! The Great Horned Owl Pictured above is one of them. While I missed out on seeing the Snowy owls that were reported to be hunting the airfield at the Brunswick Executive Airport which is part of Brunswick Landing, I was surprised to find this Great Horned Owl nesting in an abandoned osprey nest near the same airfield! This was my first and only Great Horned Owl in Maine! 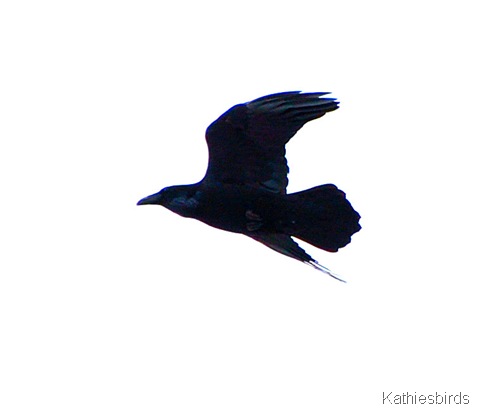 While I was watching the owl this raven flew by pursued by a couple of crows! 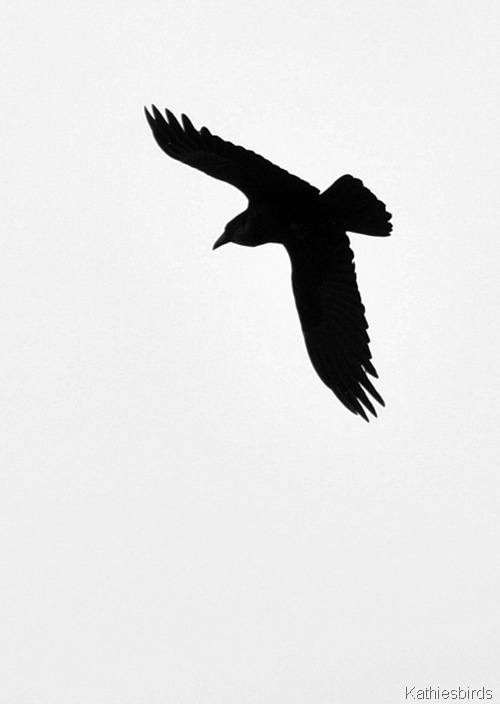 Notice the fan-shaped tail of this crow. 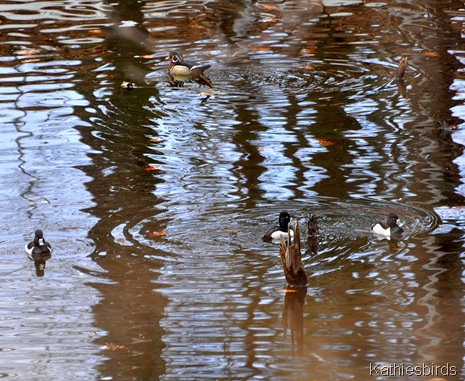 In the north pond I was pleased to find Wood Ducks and Ring-necked Ducks! 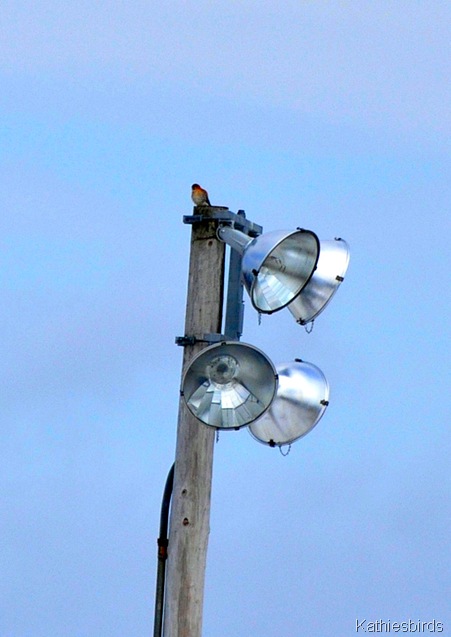 This American kestrel was perched atop this light pole at the far end of the abandoned ball fields off Line Road. Osprey like to nest on the platforms in the middle of the field.

One of my best surprises of birding Brunswick Landing this winter was the discovery of Bohemian Waxwings on Brunswick Landing. I found them in the crabapple trees near the Brunswick Rec center on Neptune Drive in February. But when I stopped to examine this flock of birds in the trees at the edge of the parking lot off Admiral Finch Road on April 9th, I was shocked to find a flock of more than 30 Bohemian Waxwings! Last time I had only seen 3 of them! 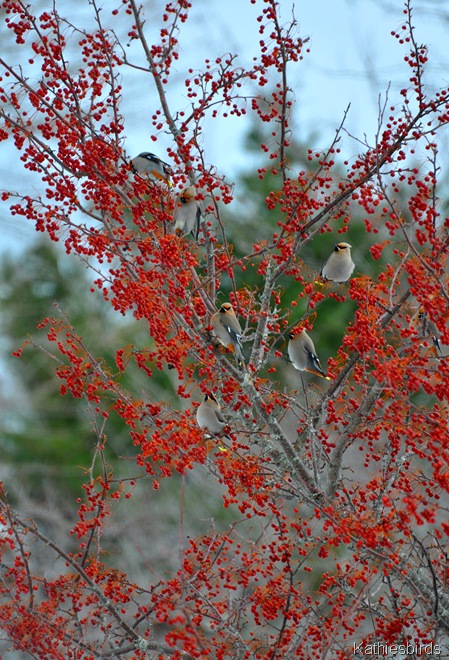 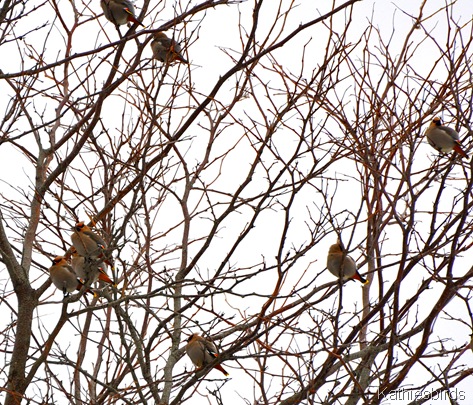 The birds flew between the fruit tree and this non-fruiting tree. 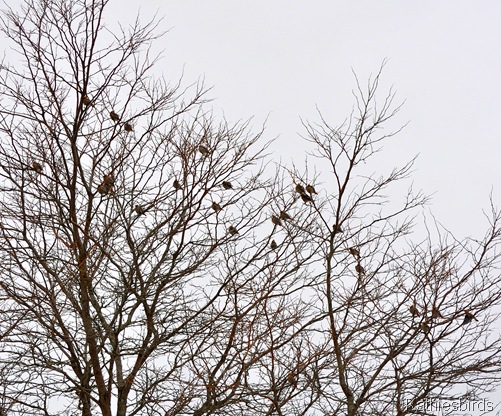 I stayed in my car to photograph them. I did not want to scare them away. 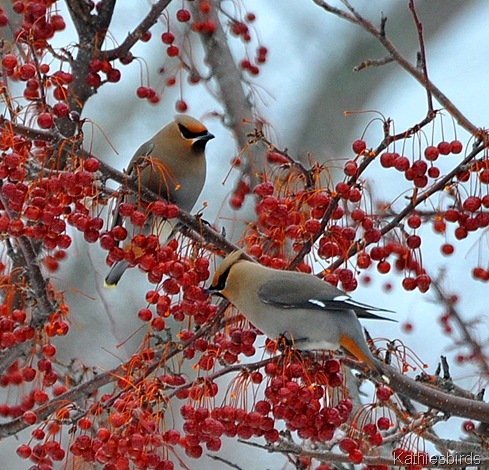 Notice the cinnamon wash to their faces and their Cinnamon colored undertail coverts! Bohemian Waxwings are much bigger than Cedar Waxwings and are highly nomadic. You never know when or where they will turn up, but we only see them here in winter. This was a very late date to see them here, but we still had so much snow on the ground! 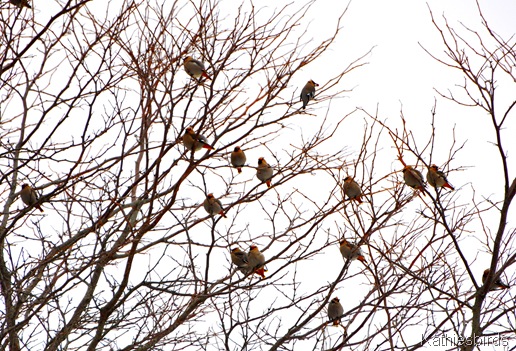 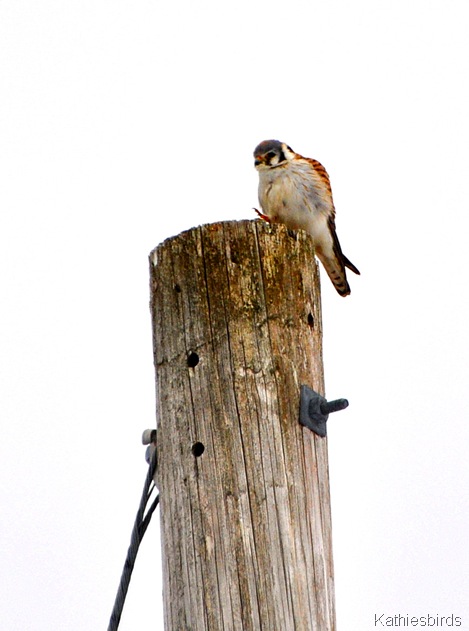 In April everyone was awaiting the return of the ospreys. I finally saw a pair on their nest in the ball field off of Line Drive (photo below). They are still there now with young in the nest! 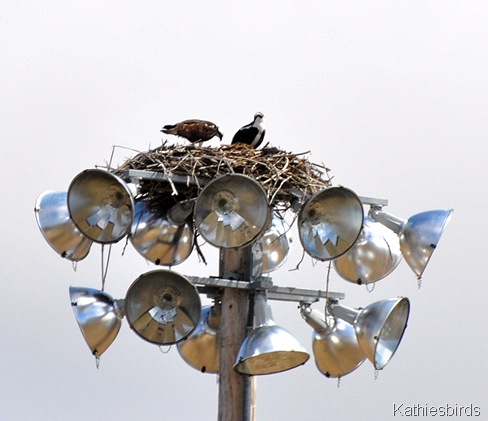 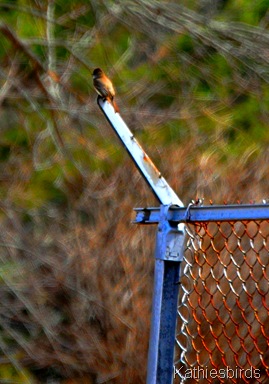 Brunswick Landing is a great place to bird and is an eBird Hotspot!