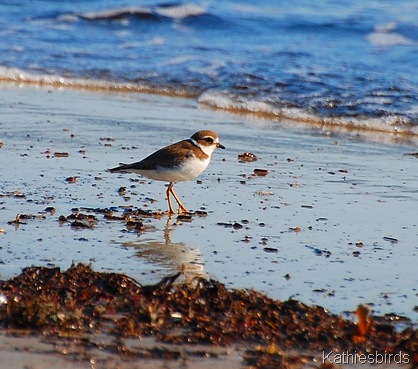 Semi-palmated Plover on Plum Island 10-17-10
My move to the east coast has brought me into contact with birds I am not familiar with in the desert southwest. To make everything more challenging, I moved here at a time when species are in transitional plumage from juvenile to adult and from breeding to winter plumage. Thus is was that on November 1 I misidentified this little plover as a Piping Plover. Fortunately for me, I do have many good birding friends from the east coast and one of them graciously and discreetly messaged me and let me know of my mistake. I posted a picture of this little plover on Facebook asking for more input and was rewarded with even more info as to why this is a semi-palmated plover and not a piping plover.  Here is what I learned in the process:
Both plovers frequent beaches along the eastern seaboard. Semi-palmated and piping plovers are both small birds that run along the waterline, but semis outnumber piping by a huge margin and are the most frequently seen plover which would explain why I recorded 7 at this location. When I entered this data into eBird they flagged my report asking if I was SURE I saw 7 Piping plovers.  With all the enthusiasm of a novice I checked off the box to confirm my sighting. I have since gone back and corrected this report. I have also corrected my blogpost.  While both plovers have orange legs, the Piping plover has bright orange legs and its plumage is much paler than the semi-palmated. It’s little beak is even stubbier. 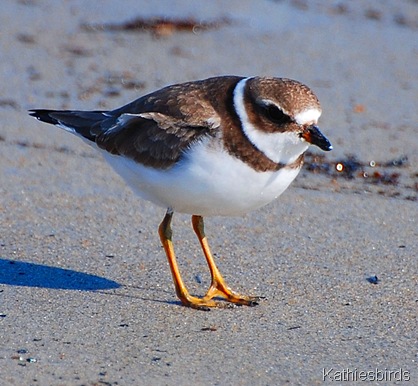 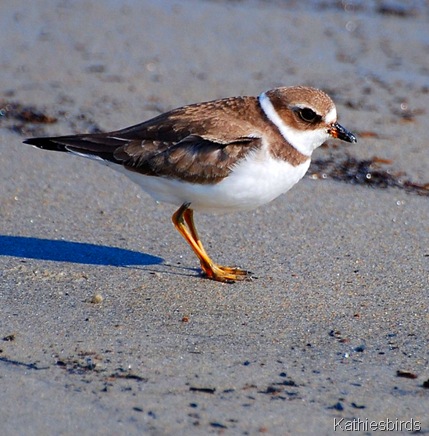 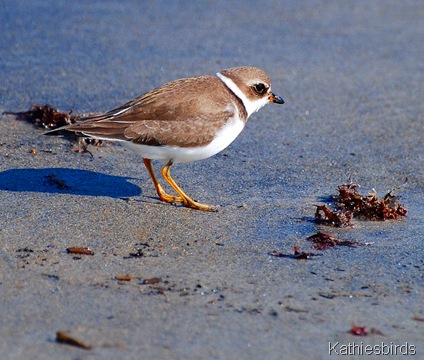 Semi-palmated Plover on Plum Island 10-17-10
So, this started me thinking. I had recorded a Piping Plover at Misquamicuit State Beach in Rhode Island on September 17, 2010 when Gus and I visited there. Was that a semi-palmated plover also and what would this do to my Life List? I had to know. 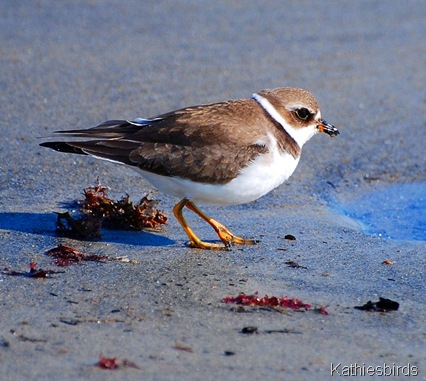 Semi-palmated Plover on Plum Island 10-17-10
Fortunately for me I had taken a few photos of the Piping Plover at Misquamicuit. However, I had not processed the photos yet.  I went to the file, pulled it up and easily confirmed that I HAD seen a Piping Plover there! Look at the photos below and compare them to the Semi-palmated shots above.  You can easily see the difference in the color of the plumage, the beak and the legs. Look at the little Piping Plover’s pale feathers, all dark stubby bill and bright orange legs. compare that with the darkness around the eyes and the neck of the Semi-palmated as well as the darker overall plumage. Julie says the piping plover is a “pale ghost” compared to the Semi-palmated and I agree. I only got a couple of shots of this little guy before it ran off down the beach with the sanderlings but this makes the Piping Plover Life Bird number 387 and the Semi-palmated Life Bird number 389! (The White-winged Scoters I saw on Plum Island are #388). 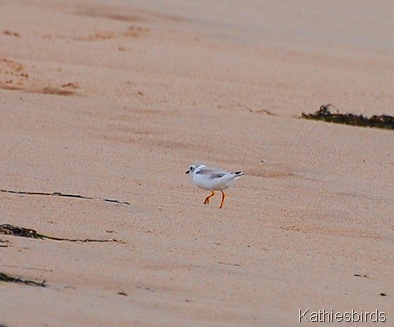 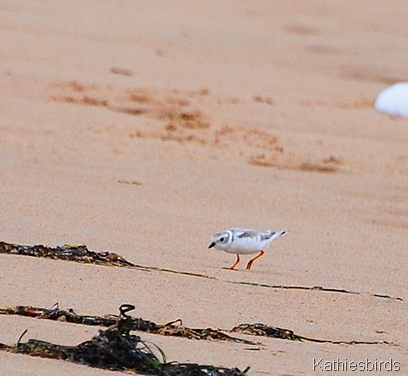 Piping Plover at Misquamicuit State Beach 9-17-10
Many thanks to Matt Morrow, Loralea Kirby and Julie Zickefoose for setting me straight on my plover I.D.’s. My good friend Dawn Fine also chimed in. You can read Julie’s comments on the original post. Birders are such good people, always willing to help and I thank you all! Please, if you ever think I have mis-identified a bird on this blog, let me know and tell me why you think so!  I would rather get the I.D. correct.  It matters to me and to eBird! 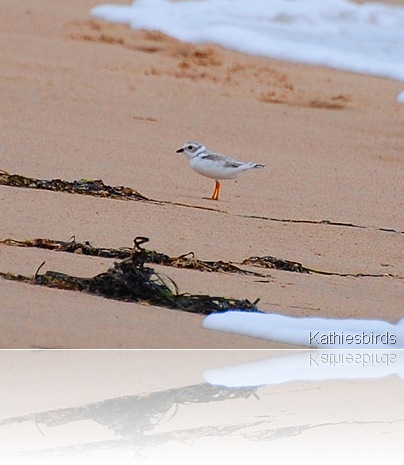 I just want to add a note about Matt Morrow. I first met him earlier this year in Alabama when I was there to visit friends.  Later, he came to visit me and we were Chasing Birds in Arizona.  Matt is not only and excellent birder, but an aspiring musician. He plays guitar and sings. If you ever hear that he is singing in your area, I would certainly check him out.
Posted by Kathie Brown at 10:37 AM