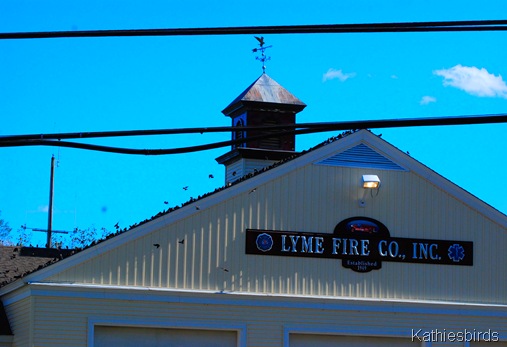 When in Connecticut last week with my friend, Kathryn, we took a drive down to Hammonasset State Park. On our way as we were travelling along route 156 we came up a hill and I saw all these black birds on the lawn of the Lyme Fire Department. Quickly pulling over we stopped just long enough to count the birds and identify them before continuing on our way. I had never seen so many cowbirds in one location and was impressed by their numbers. It was only after I drove away that I noticed there was a dairy farm right next door to the fire company. So…that explains it! 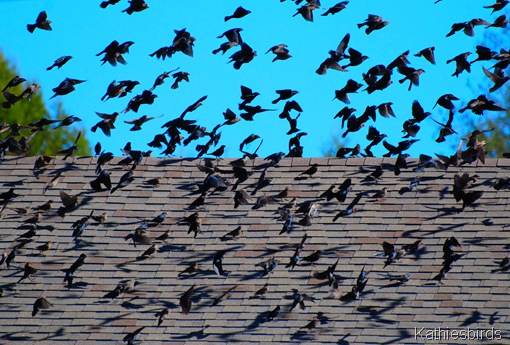 Cowbirds are in the blackbird family. The males have a black body with a brown head and the females are a dull brown all over and often mistaken for sparrows or buntings. They are known for following the herds of bison and latter cows around eating insects and grains stirred up by the trampling hooves of the beasts. Because of their nomadic lifestyle they have adapted a parasitic breeding habit of laying their eggs in the nests of other songbirds and leaving them to be raised by the other bird parents. Because their chicks hatch sooner and are often larger than the small songbird whose nests they lay their eggs in, the cowbirds often force out the natural chicks and the frantic parents are driven to exhaustion trying to feed these changelings. I once had an oriole in Tucson show up in my back yard trying to get her cowbird chick to drink nectar from the feeder. The poor mother was frantic and the cowbird chick baffled at where the food source was. One thing I have never figured out is how do the cowbirds grow up and discover that they are actually cowbirds and not warblers or orioles or any other species? 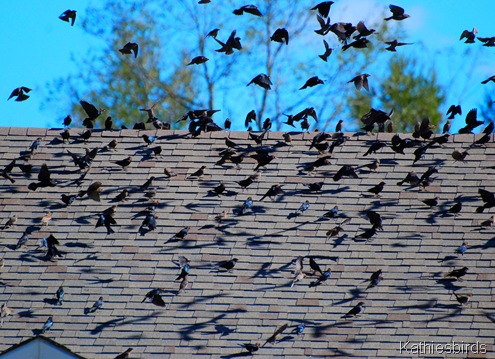 We estimated that there were approximately 500 cowbirds here on this day. 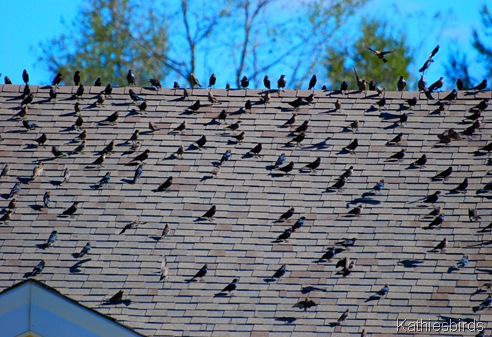 While 90% of these are cowbirds, about 10% are starlings. 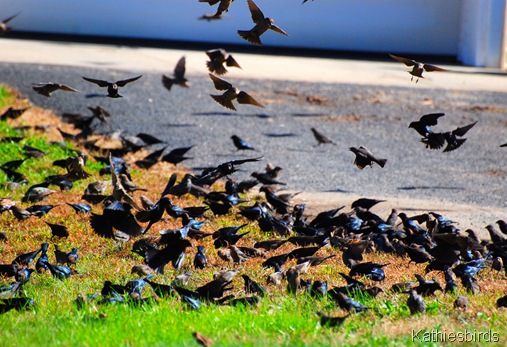 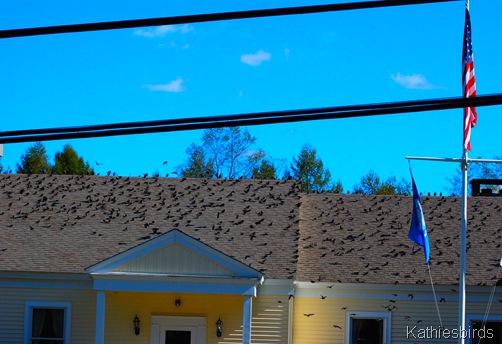