Encounter with a Heron at the Geremonty Marsh (OWT) 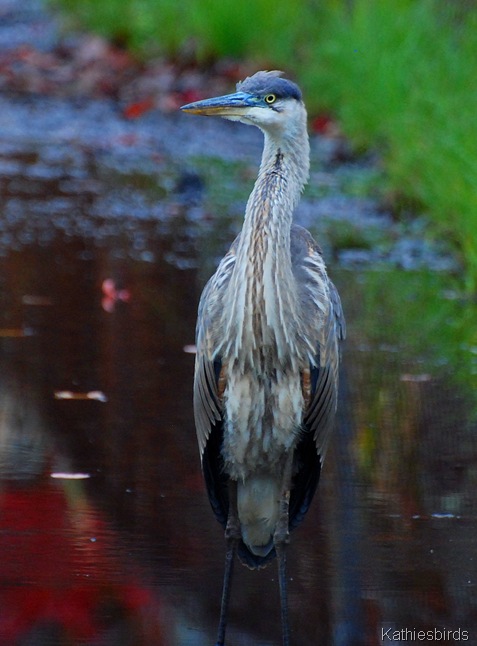 Last month my friend, Kathryn Kelley came to visit me from Utah. Kathryn has never been to New England before, so I was very excited to have her coming to visit, especially in autumn, when the foliage is so beautiful. She arrived late on Tuesday and within two hours we were sitting at a seafood restaurant enjoying her first new England Seafood. Since a rainstorm was predicted for the next morning, we got up early and headed to Salem, NH to do some errands. But, before shopping, we went birding at the Geremonty Marsh! 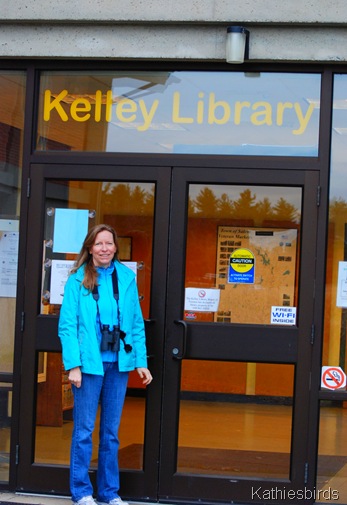 Kathryn Kelley in front of the door to the Kelley Library

It had never occurred to me until Kathryn came with me that the nearby library has the same name as she does! It’s even spelled correctly! So, we just had to take this shot! 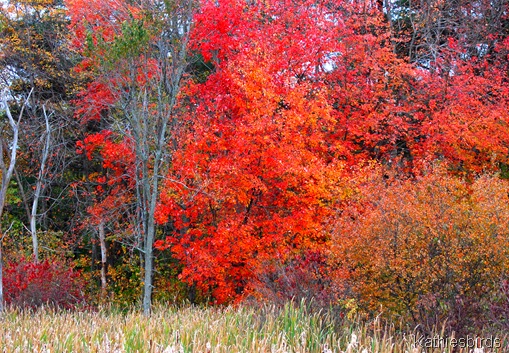 The trees around the marsh were in all their glory! 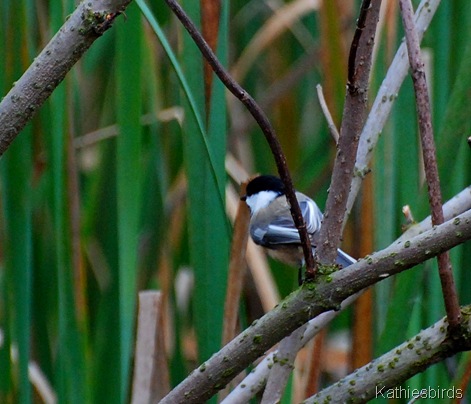 Black-capped chickadees seemed to be everywhere! 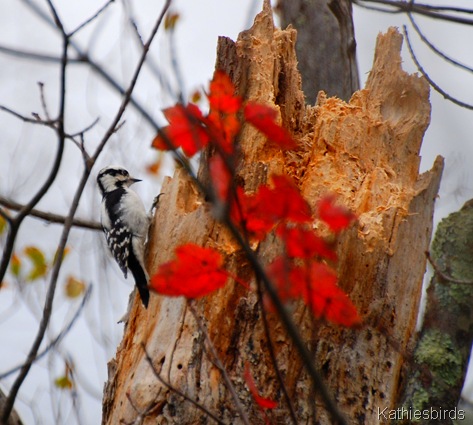 Downy woodpeckers climbed the dead trees in search of food. 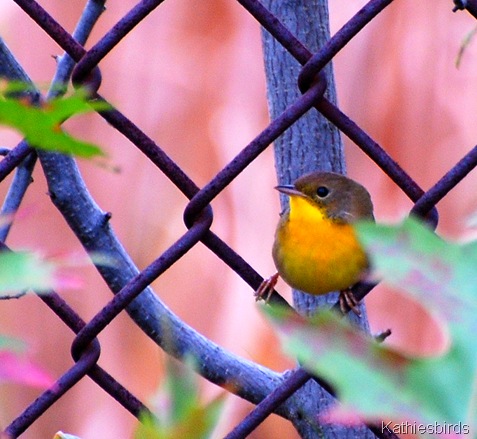 And along the fenceline we found this cute little female Common Yellowthroat, my first sighting of this species at the Geremonty Marsh! 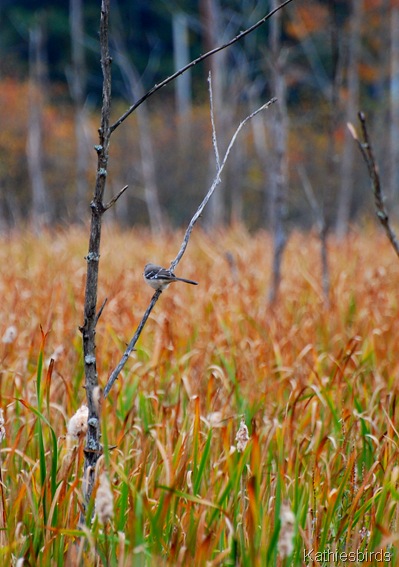 With the cool autumn temperatures the cattails have started to turn brown. A Northern Mockingbird clings to a branch as if bracing for the coming cold.

But by far the most astonishing thing that we encountered that day was a Great Blue Heron standing on the sidewalk between the fence to the school track and field and the border of the marsh. 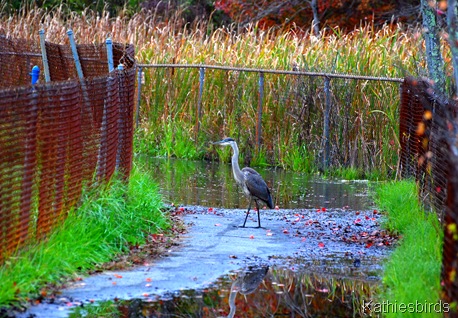 First of all, I was surprised that it did not fly away as soon as it saw us. We were only about 50 feet from it. 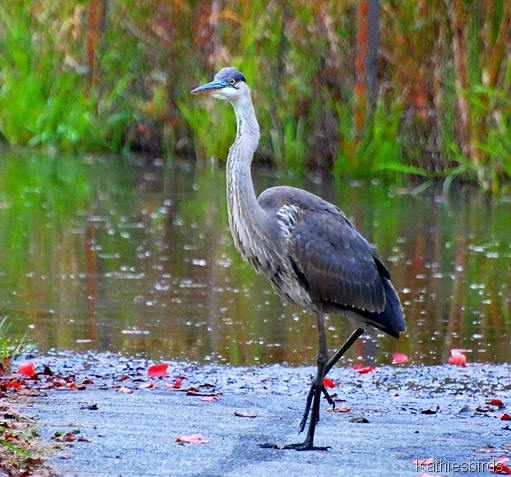 Then, to our utter astonishment, the bird started walking closer! 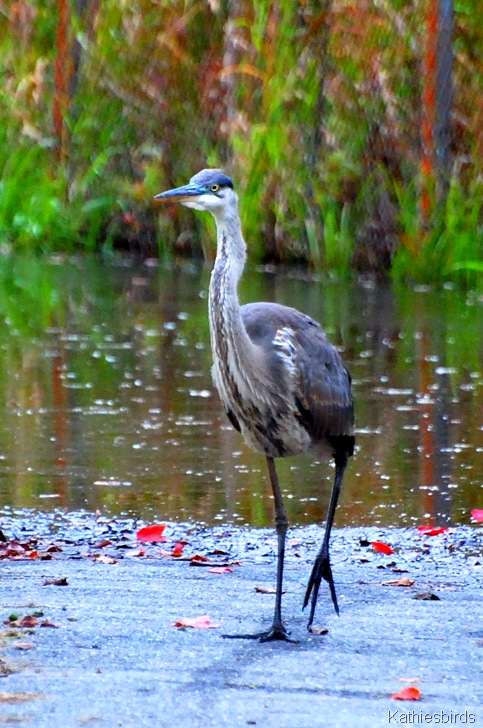 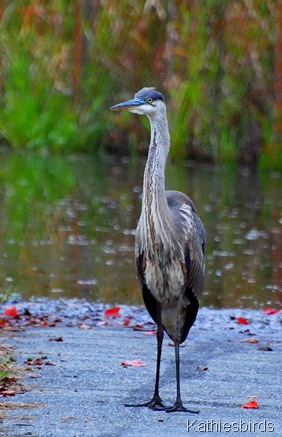 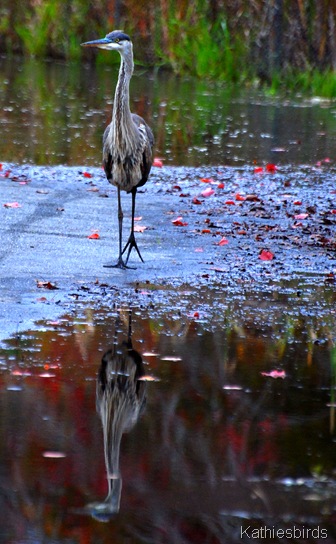 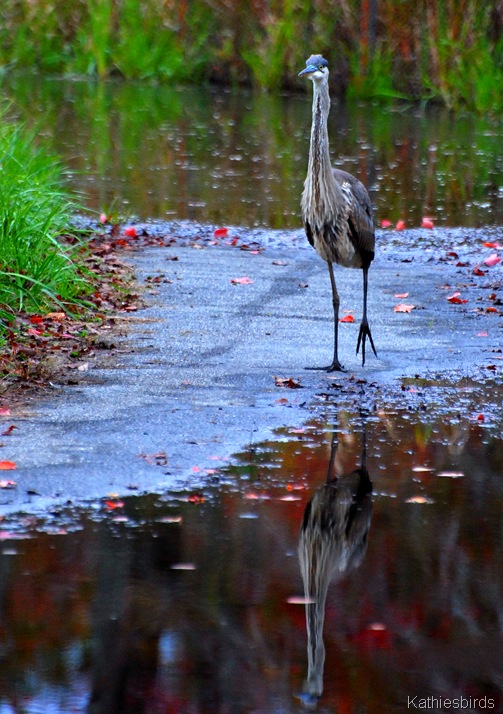 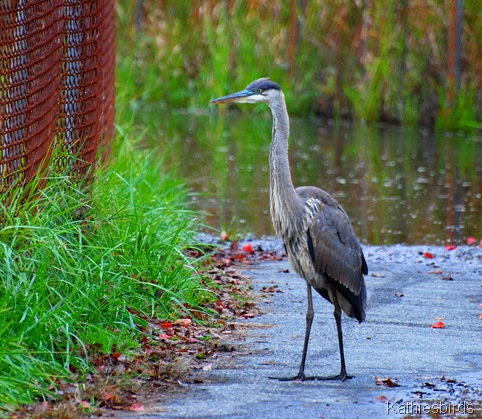 School field to the left, marsh to the right. 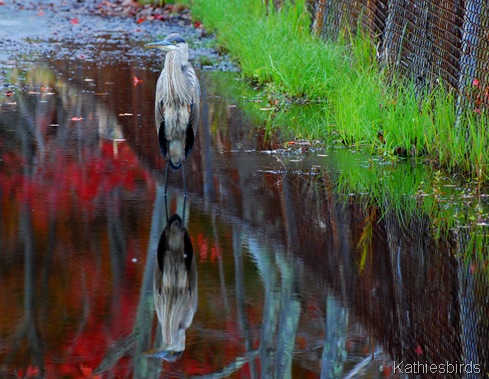 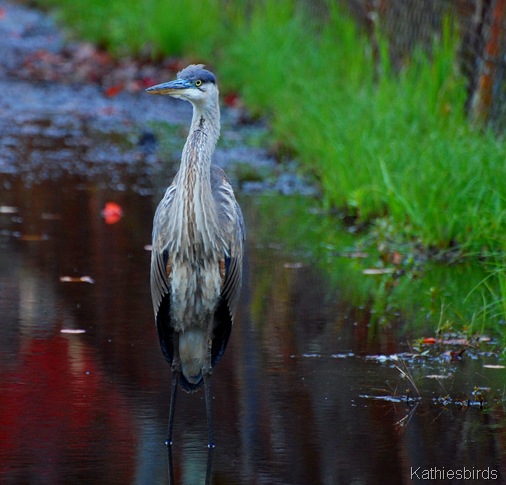 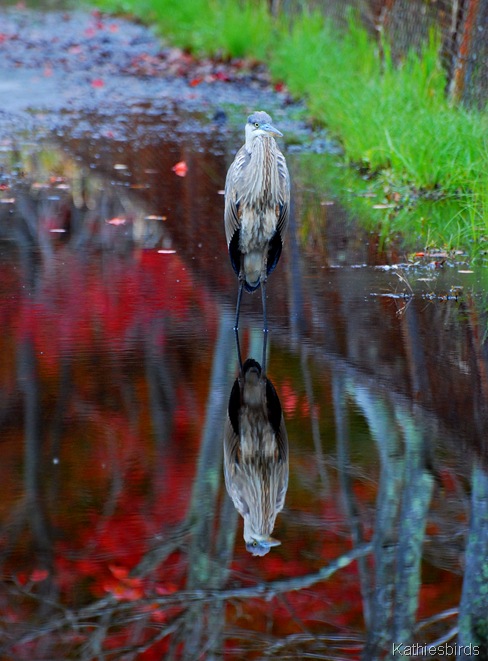 The heron never moved away in the 20 minutes we were there. We were the ones who finally moved on and continued our walk around the marsh. By the time we left it had started to sprinkle. By the time were were done shopping, it was a deluge. It rained hard for the rest of the day, and the next morning was gray and foggy but by noon the skies cleared and we had great weather for the rest of Kathryn's visit. There are 6 New England States: Maine, New Hampshire, Vermont, Massachusetts, Connecticut, and Rhode Island. In less than 18 hours Kathryn had already been in 2 of them. I wondered how many I could take her to before she had to return to the Rocky Mountain west! 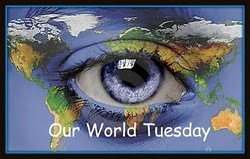 Just click on the button to continue your tour of Our World!

If you have the time, take a stroll over to Birding is Fun to read my new poem, The Sea Gull’s Gulp and see photos of the gull we encountered in Gloucester, MA. You won’t believe what it swallowed whole!