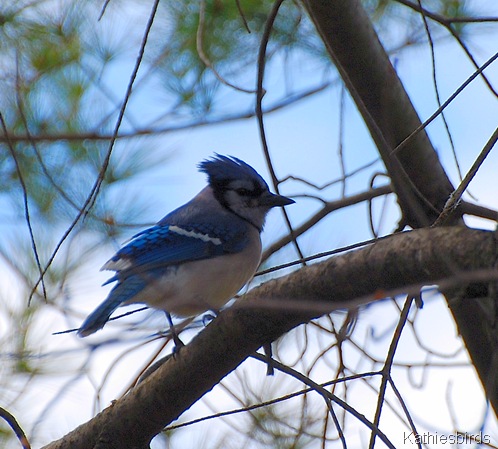 Yesterday I had errands to do in Salem, New Hampshire, so of course I brought my camera and binoculars. You might think I saw this blue jay out in the woods or even at the Geremonty Marsh where I often go to do some birding but no, 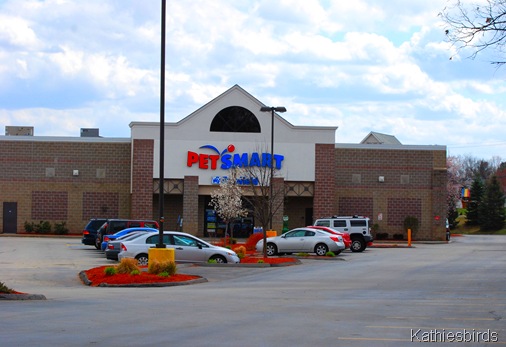 He was sitting right in a tree at the edge of the parking lot where I went to buy cat food! 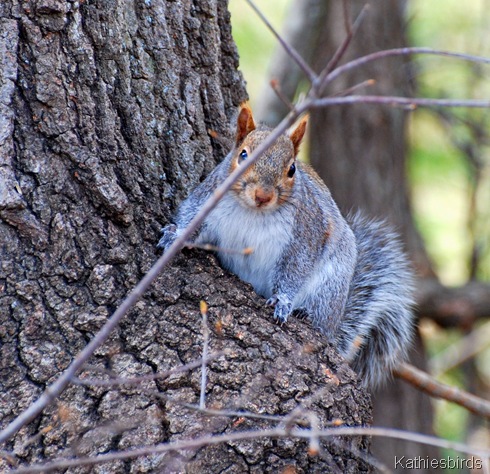 I drove over to the edge of the parking lot and parked my car. I rolled down my window and waited. A gray squirrel watched me from one of the trees. 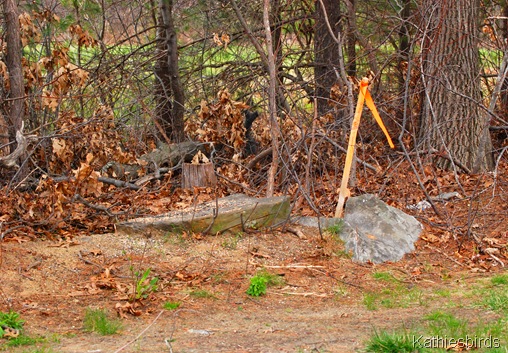 Last time I was here I discovered someone spreads birdseed on this rock. 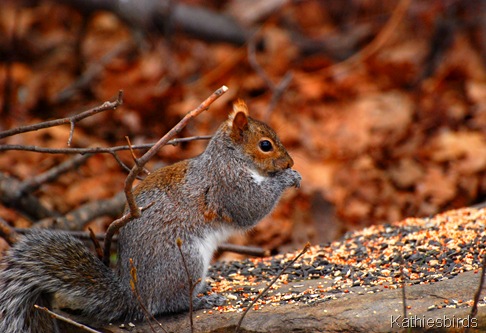 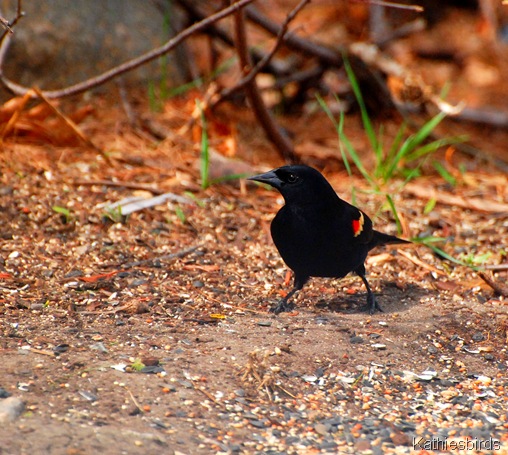 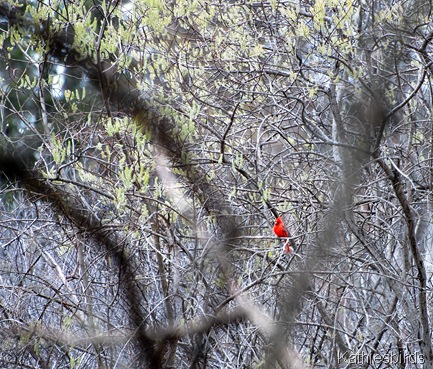 I could hear and see a male Cardinal through the trees. 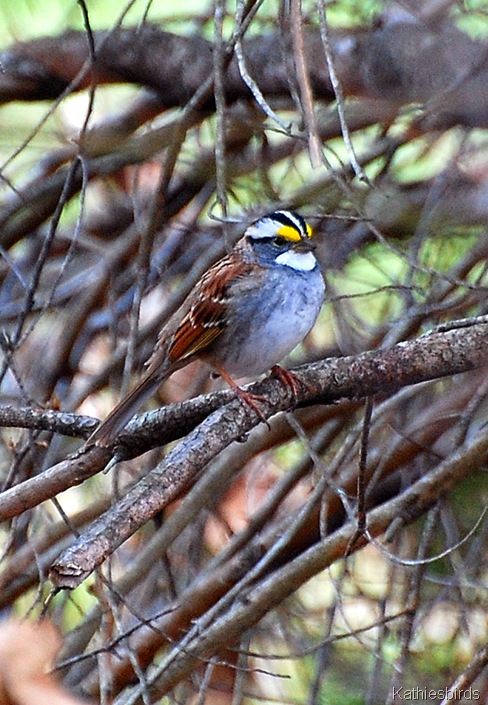 A white-throated sparrow popped up on a branch. 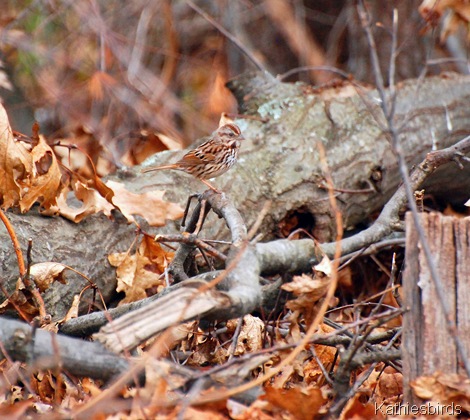 A song sparrow stayed low and came in cautiously. 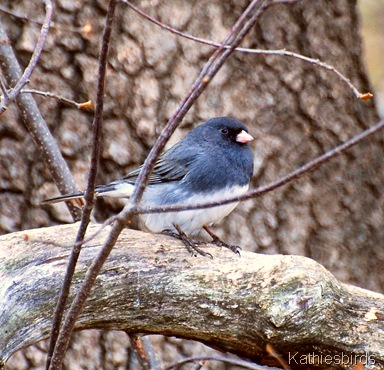 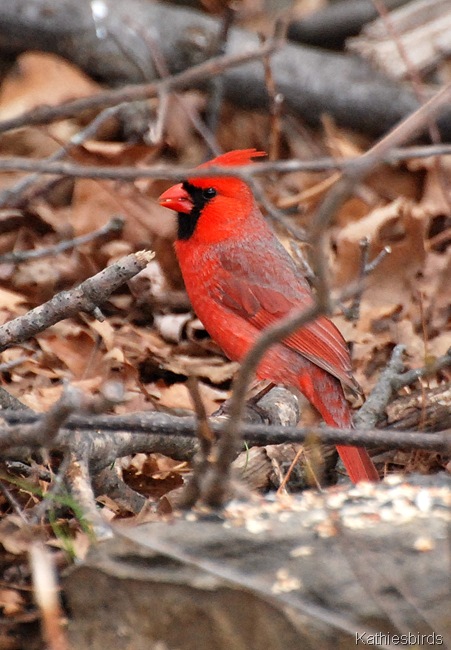 Finally the cardinal came near. 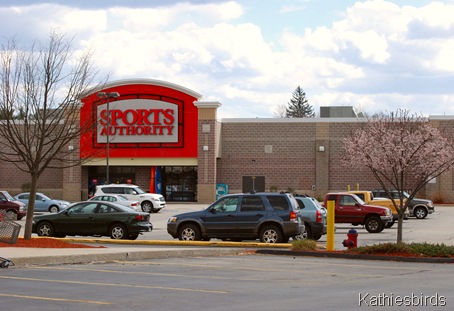 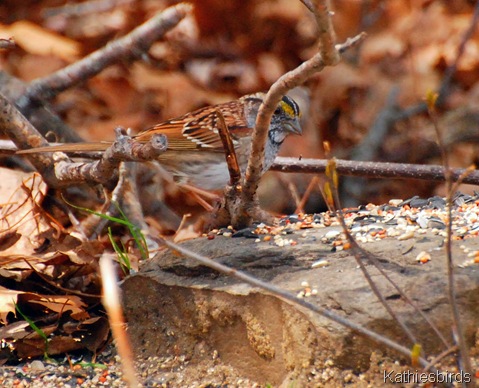 …you might want to check and see who is hiding in the trees!

Because Birds Are Everywhere!