From Andover to Tucson Day 1 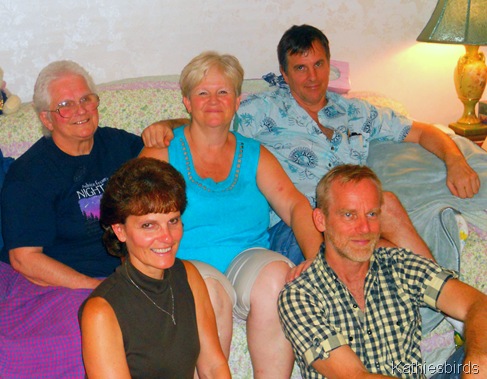 All journeys start with “Good-byes.” When the movers were done loading our stuff on their truck Kathryn and I finished sweeping the floors. We ate our lunch on the back porch one last time, then loaded up the car with the cats and our luggage and hit the road. We drove to two hours south to Connecticut where we dropped the pets and our luggage off at a nearby hotel, then headed to Colchester to spend my last night in new England with my family. As usual, we gathered at Mom’s house for pizza. three of my four siblings were able to be there. It was a rather quiet night. I think everyone was holding their emotions in. No one wanted to make a big deal of the finality of the situation, so we just chit-chatted and ate. then Kathryn and I said good-bye and got in the car. I let her drive back to the hotel. I was spent. In the morning I counted birds in the hotel parking lot while I walked the dog. I saw 9 species in Glastonbury, CT before we got on the road. 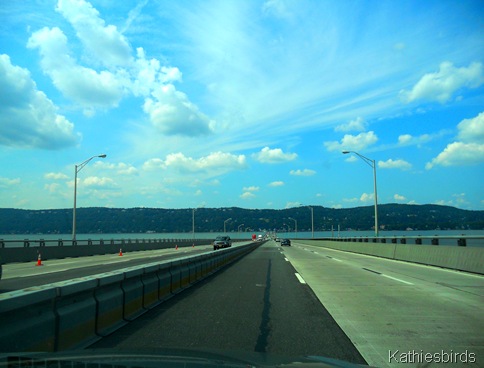 We decided to take the Route 84 across Connecticut to the Tappan Zee Bridge. We found out later it was a good thing we did for the George Washington Bridge in NYC had a major back-up in the afternoon on that day. 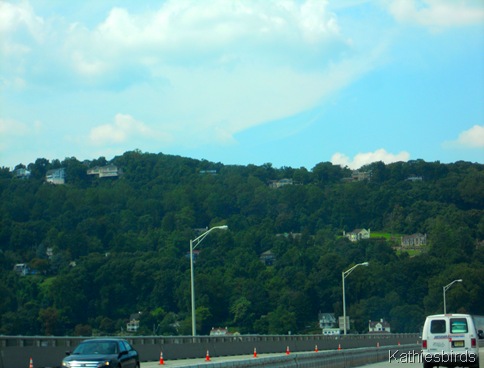 It was a pretty drive and I could not believe all the houses built into the hillside on the other side of the Hudson River! 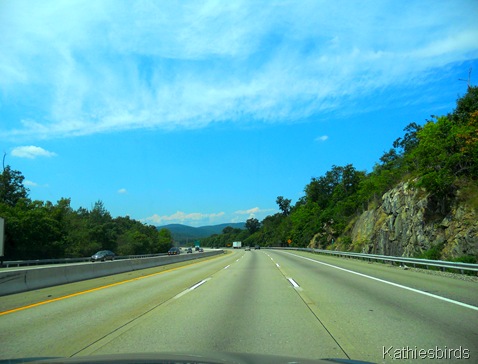 With blue skies and the open road before us we began our journey of Birding Our Way Home. With 115 miles behind us, we only had 2600 more to go! Come back tomorrow to see where we stopped next! (Yes, there will be birds!)