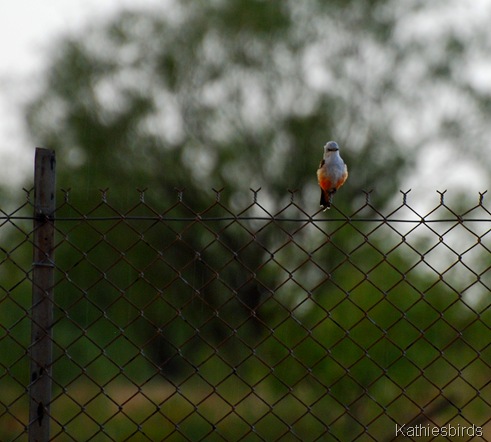 A few storm clouds lingered overhead when I awoke on Sunday morning in Texarkana, AR. We turned on the TV in our hotel room to try to catch some local news and weather, but every channel had church on it instead. So, I decided to take the dog out for her morning walk. When I found a sign posted at the edge of the parking lot that said “Revelation Seminar” with an arrow pointing in the “right” direction, I KNEW I was in the Bible Belt, as if I really needed any proof! Kathryn and I quickly loaded up the car and headed out, grabbing a breakfast sandwich along the way. Kathryn was driving since our first destination was her hometown in Omaha, TX. As soon as we got off the highway I started counting birds! We saw a Great Egret in a drainage ditch alongside the road, and vultures overhead and in trees. When we got to the edge of town, we stopped at the local Dairy Queen for a break and to our utter surprise found a pair of Killdeer in the parking lot! 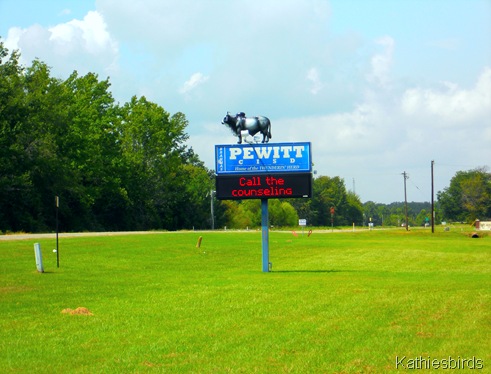 Kathryn was so excited to show me around her home town and we drove all over as she pointed out the places she remembered, including the school she attended when she was young. 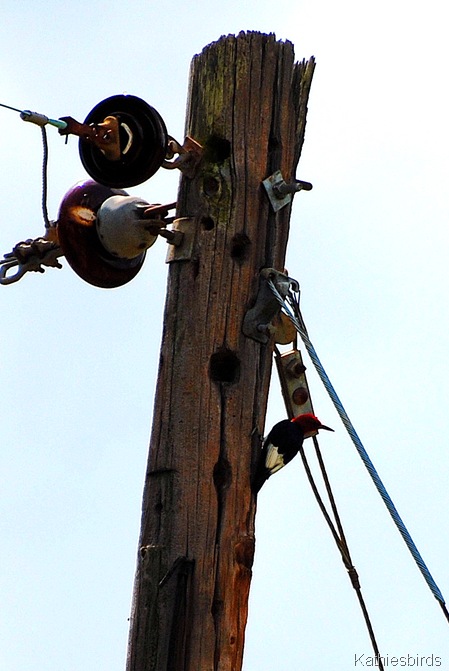 But first we drove to the edge of town where there was a small lake. We drove slowly around it looking for birds and though we saw quite a few, hardly any were close enough to photograph, except for this pair of Red-headed Woodpeckers that showed up just as we were leaving! Not the best photos because the light was all wrong but still proof that we saw them. 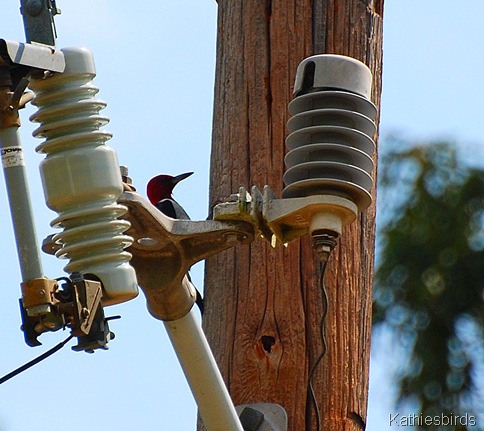 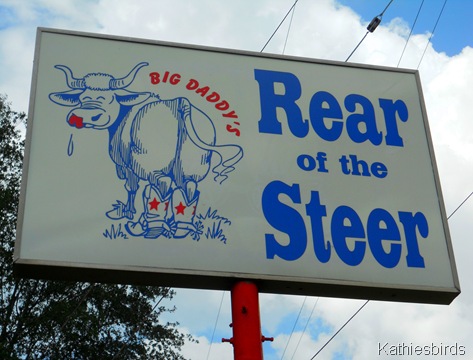 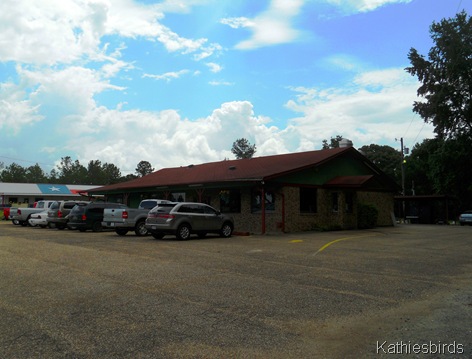 The Rear of the Steer Restaurant in Omaha, TX 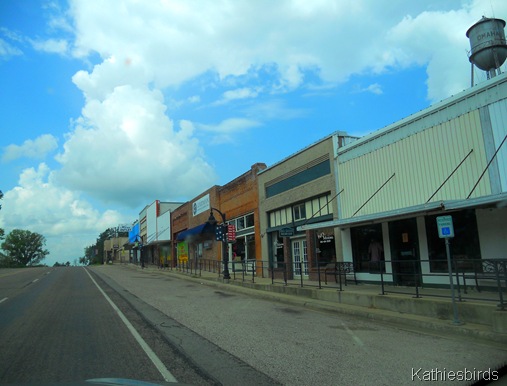 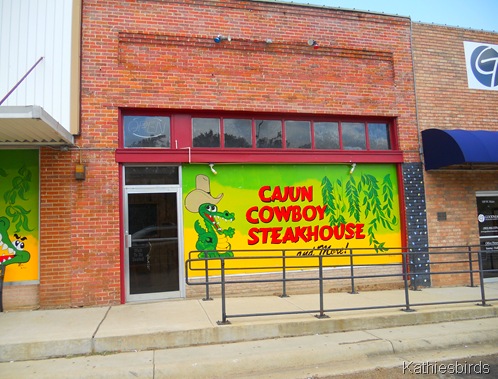 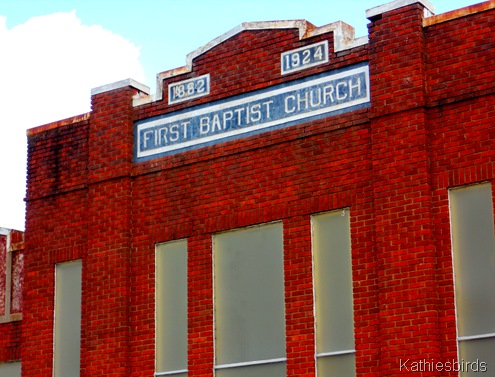 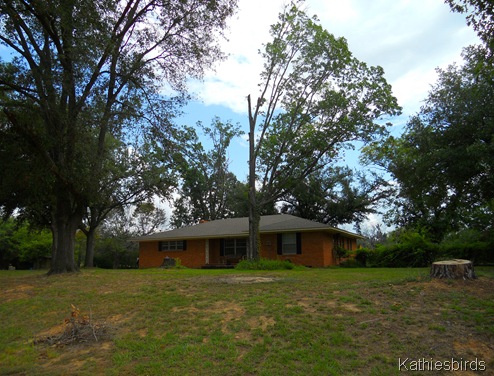 The house Kathryn grew up in.

It was after noon time by the time we left Omaha and headed back to the highway. We drove in and out of rain on this day and all along the way I kept my eyes open for Scissor-tailed flycatchers. We finally found about 6 of them at a rest area just west of Colorado City, TX where we stopped to change drivers once again. 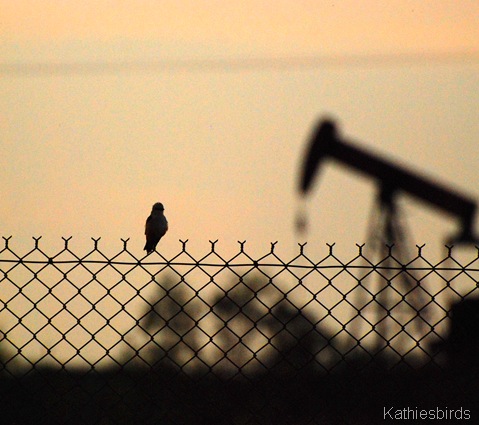 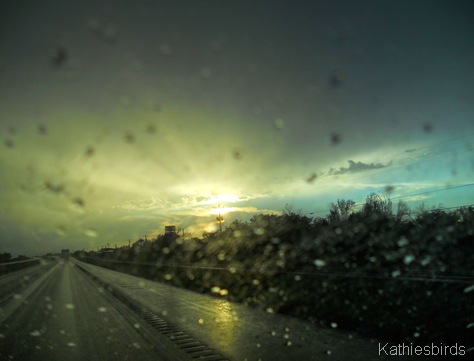 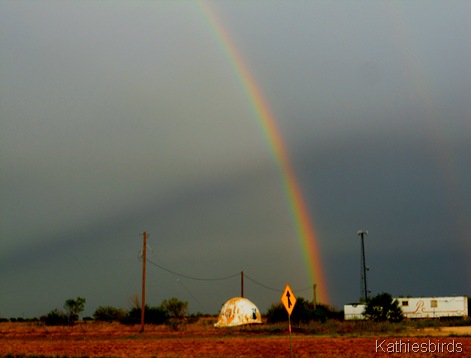 …then a Texas Rainbow! 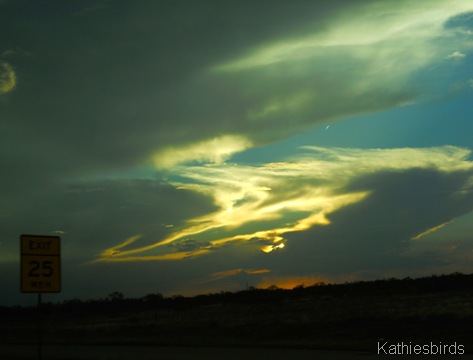 The sun was setting as we drove past Midland, TX. 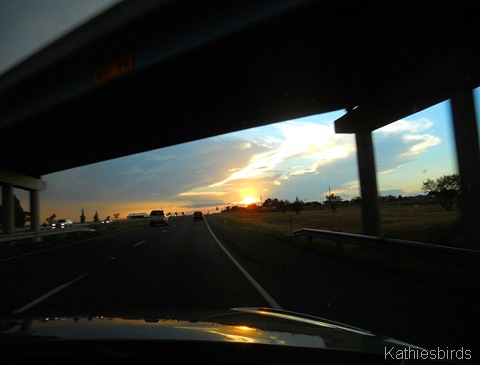 We took a by-pass road to get to Odessa, our destination for the night. 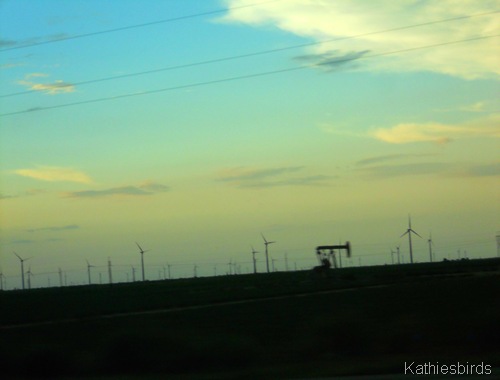 Around us the signs of Texas energy production spread along the horizon. 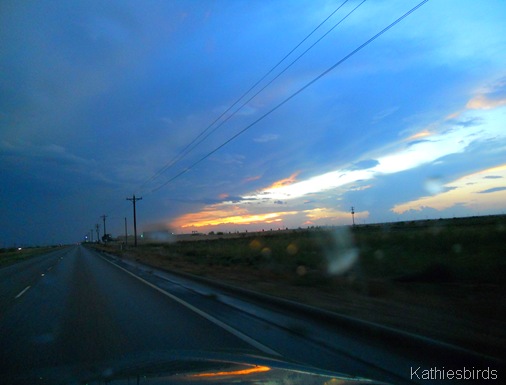 By now we were weary and ready for a hot meal and a bed. The pets were tired of travelling also. We were all glad when we finally stopped for the night. As we entered the hotel near our room a little toad hopped out from somewhere near the entrance door and into the hall. Perhaps it thought it wanted to be inside but really, it would find more insects outside, so I gently lifted it and set to back outside again. I thought of taking a picture, but I was just too tired! It was almost 10 p.m. by the time we got to a restaurant to eat. Thankfully they were still open, though the customer’s were few and far between and we were one of the last people in the restaurant when we finally left! 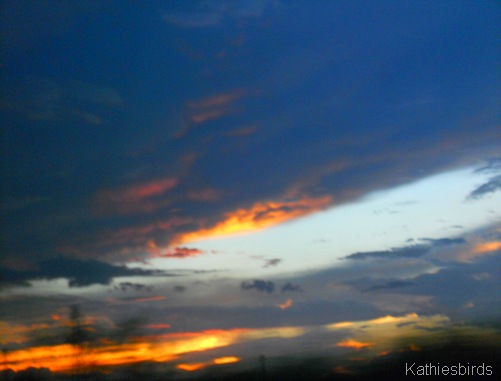 Then it was off to dreamland!