It was long after dark when we returned to the motel on Thanksgiving night. Gus settled in to watch the last bit of football while I got out my laptop and settled in at the desk to do research. I made up my mind that tomorrow I would get to the sea…no matters what! I pulled up the official websites for the Salton Sea but none offered me any info on how to access it! So, I tried something else. I remembered when I was in Yuma that I had consulted a website sent to me by a friend called Southwest Birders. I recalled seeing a link to the Salton Sea on their webpage. Since I found their site so useful for finding birding locations in Yuma I hoped it would be equally helpful in finding places to bird along the Salton Sea. Bingo! It had the most useful information of all. I also consulted eBird and wrote down a few of their birding hotspots as well. Then, after submitting my counts for the night to eBird, I climbed into bed and tried to sleep. 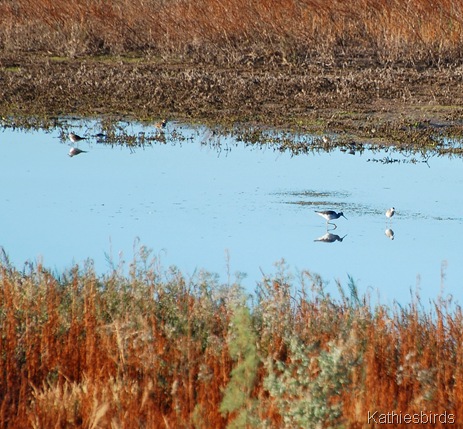 Greater Yellowlegs and Killdeer in fields

We hit the road early the next morning and this time we headed up the east side of the sea. Our first stop was a location mentioned on the Southwest Birders website called Bowles Road-west end. Gus threw caution to the wind and we drove down the dirt road searching for birds and counting as we went. Finally the sea opened before us and we stopped. 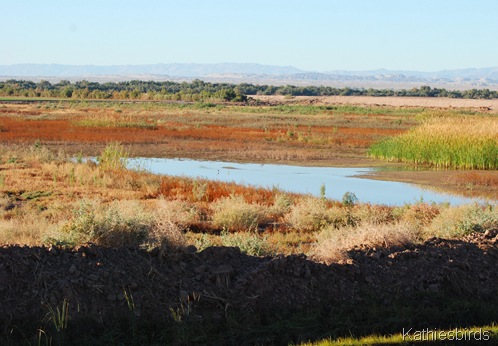 There were flooded fields and marshland to the south 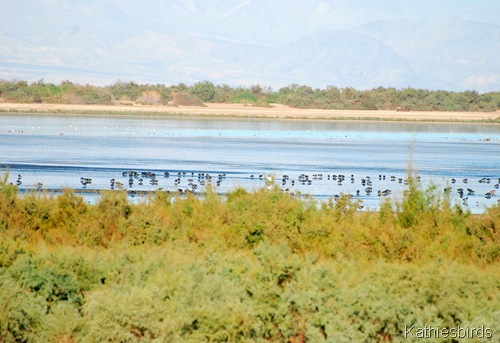 To the north we saw hundreds of coots! 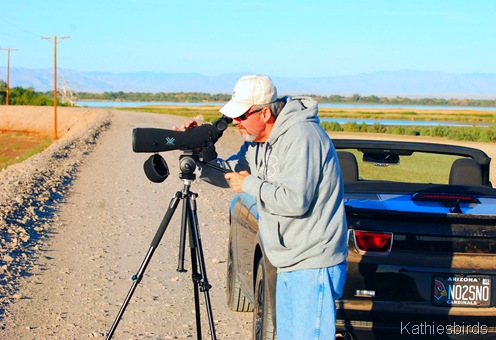 Gus set up the spotting scope and we took turns looking at the birds. 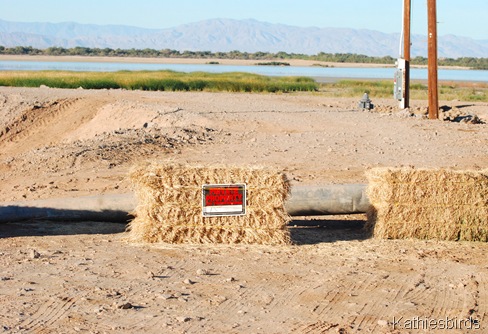 We couldn’t go as far as we wanted as we found our way blocked. 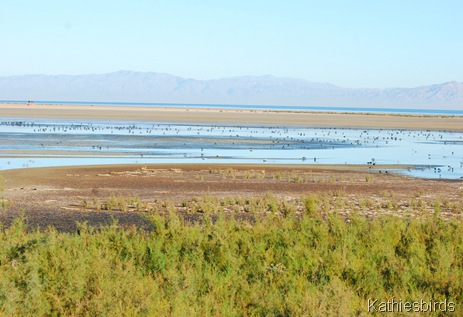 This is just a small fraction of the birds on the mud flats but most were coots. 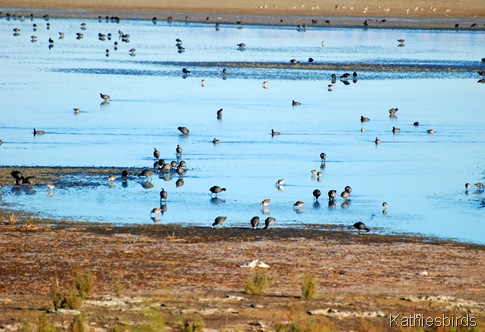 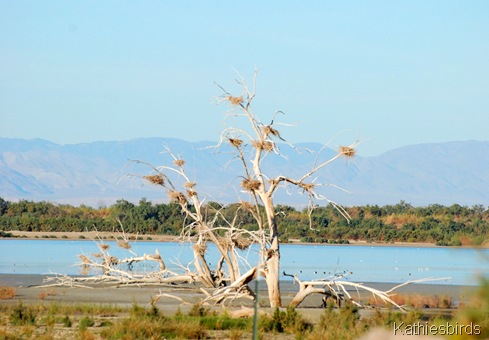 At the moment this rookery was abandoned but I imagine it was full of birds in the spring and summer! It lay beyond the “No Trespassing” sign. 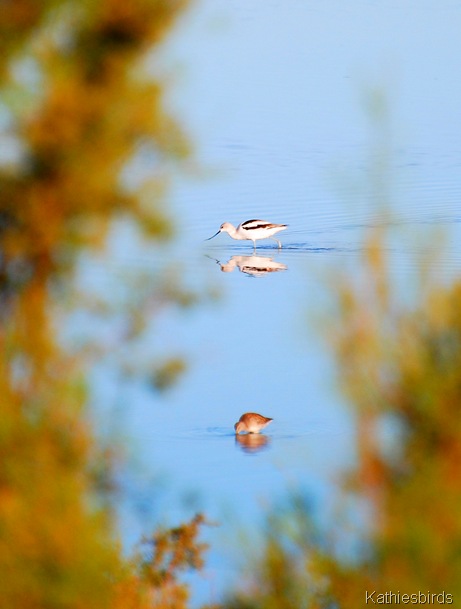 I found this lone American Avocet feeding in a little pool of water visible only through a break in the bushes along a steep bank. There was some kind of small bird in the bushes twittering up a storm but no ever made an appearance and I did not recognize their songs or calls so I don’t know what they were. 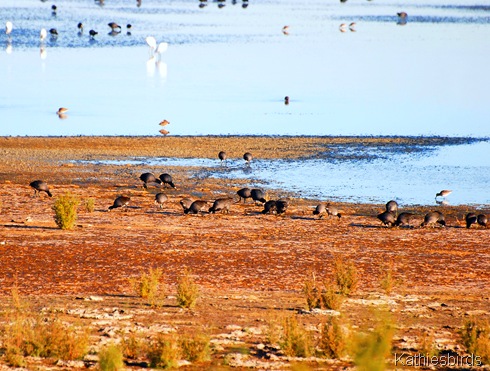 So, I went back to counting coots! 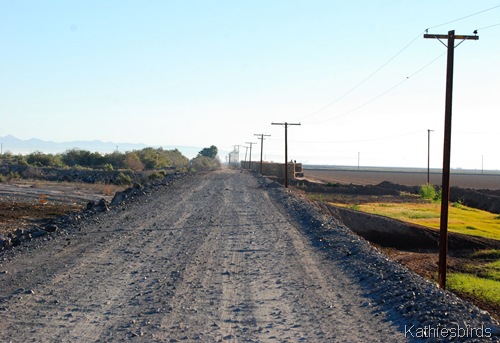 Then, we got in the car and headed east back towards Gentry Road which is the main paved road up the southeast side. I now knew it would finally lead us to the  Salton Sea Visitor’s Center. But first we had a couple other stops to make! Yes, there will be more birds! 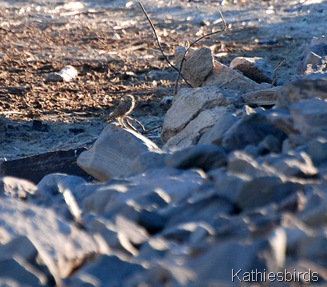 Not just rocks…there’s a Burrowing owl down there!

(Seen along the embankment of West Bowles Road)

I also saw hundreds of unidentified gulls and some unidentified peep species. There were many more birds too far out to count but I knew I would be getting a closer look in a different area, so I did not worry about it but just did my best and moved on.