On the road to the Salton Sea 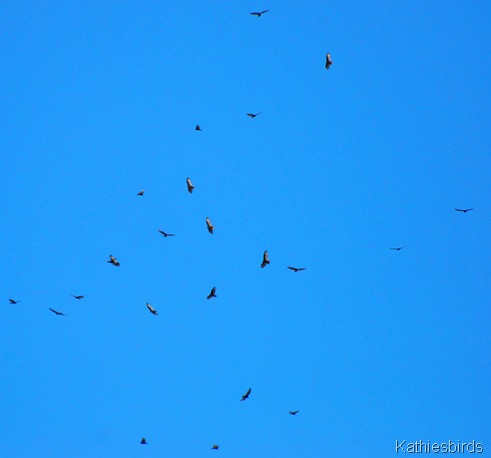 When Gus first suggested that we take a road trip and go birding over the Thanksgiving Holiday I wasn’t sure I really wanted to go. We had just moved back here to Tucson and I was looking forward to spending Thanksgiving with our oldest son who is newly divorced and alone. But, after a conversation with G, and Gus’ offer to buy me a new spotting scope, I decided it would be fun. We talked about driving to San Diego, but decided somewhere closer would be better. I had not yet counted birds in California, so I was eager to add it to my list. A couple of friends recommended the Salton Sea, which is quite a bit closer. It sounded like a good idea, so we ordered the new scope, then waited anxiously for it to arrive. We didn’t make any plans until it showed up on Wednesday morning, November 21st! When it arrived around 10 AM we made quick reservations, quickly packed our suitcases and car, and were on the road shortly after noontime! We drove in Gus’ Camaro convertible and headed for Yuma to spend the first night. I have never been to Yuma or counted birds in Yuma County, so I was very excited to add it to my eBird list of counties I have birded in! We drove with the top down and the sun and the wind in our faces as we headed west. If you know me at all, you know that I was sitting with my binoculars in my lap and watching for birds as we drove. 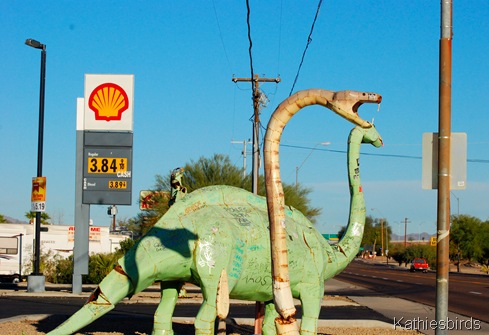 We got off the highway in Gila Bend and when I saw a large kettle of birds circling overhead along the main street I asked Gus to pull into the nearest parking lot, which he did. After pulling around to the back of this gas station I jumped out with bins and camera in hand to see what kind of birds were circling. 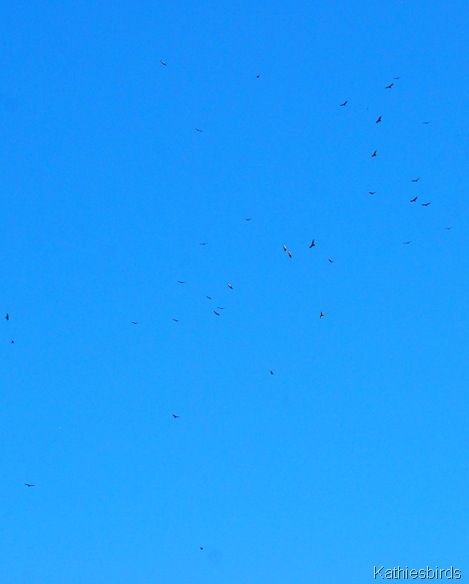 I could see that they were dark birds, little more than specks to the naked eye. I knew they could be ravens or vultures. A quick look through the bins confirmed that they were Turkey Vultures! There were at least 40 of them circling high overhead in what is know as a “kettle.” Many large birds will do this and it is thrilling to see. 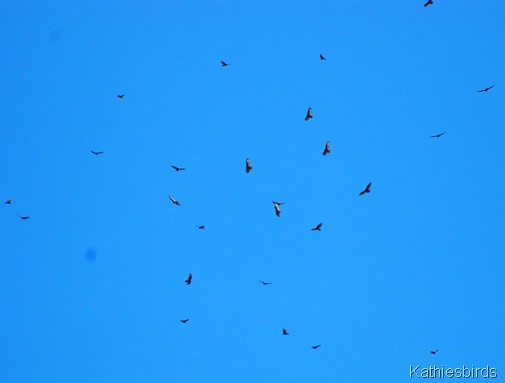 The Turkey Vultures have all but vanished for the winter in Tucson, so I was surprised to see so many of them out here farther north and west of Tucson. We watched the birds for a few minutes, then drove on down the street to a McDonald's where we used the restroom and grabbed a snack and something to drink. We wanted to get to Yuma before dark. I counted birds in the parking lot as we sat in our car munching. I felt like seeing the vultures was a sign of good things to come! We got back on the road and arrived in Yuma just as night fell softly around us. 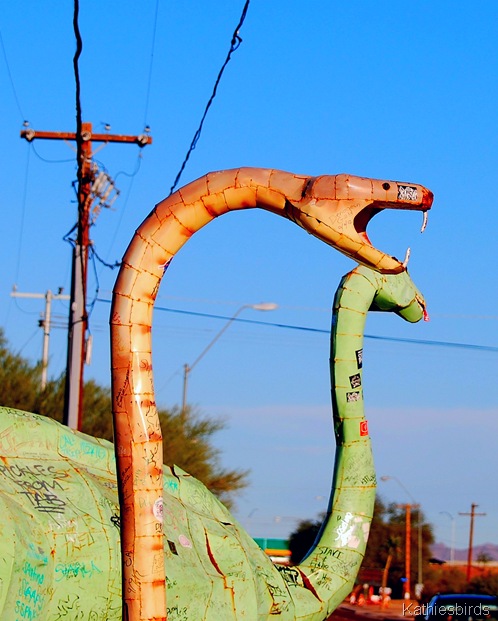 Vultures and dinosaurs, what better way to begin a birding adventure!