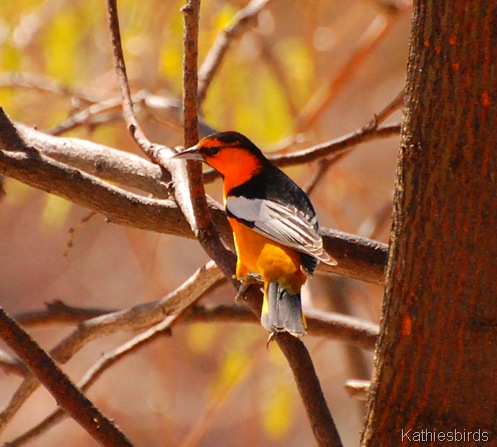 Today started out with a bang as far as birding goes when I spotted a female pyrrhuloxia in my back yard this morning. It was perched in my neighbor’s mesquite tree eyeing my feeders and when I saw it I was so flabbergasted that I couldn’t decide whether to hurry up and BirdLog it or try to run downstairs and grab my camera. Well, before I could make up my mind the bird was gone, but I did get photos of this brilliant male Bullock’s Oriole that appeared around noontime in my front yard! 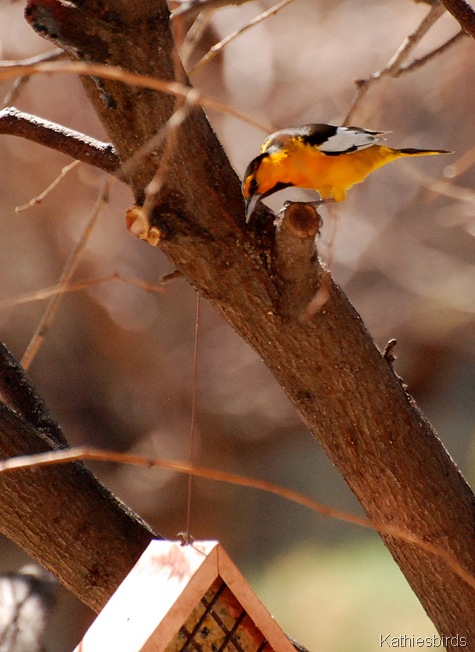 I first spotted it from an upstairs window and ran downstairs to grab my camera. I quietly cracked the front door open and snapped off a few shots before the bird bolted. It was eating from the fruit-flavored suet I had put out because it attracts yellow-rumped warblers and verdin. I was hoping it would attract orioles as well and today I was not disappointed! I use a berry flavor and an orange flavor, but I can’t remember which flavor I put out last time. 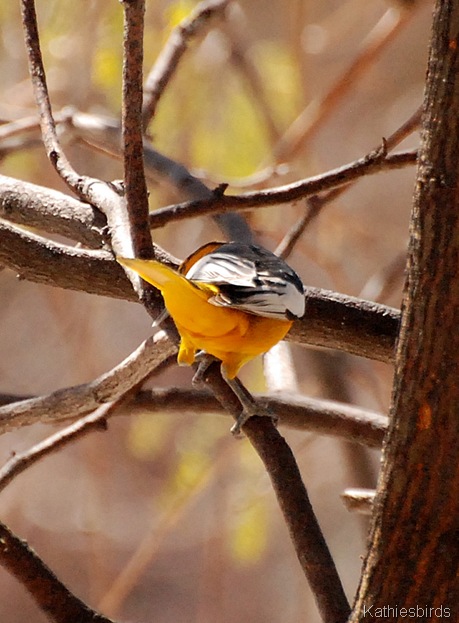 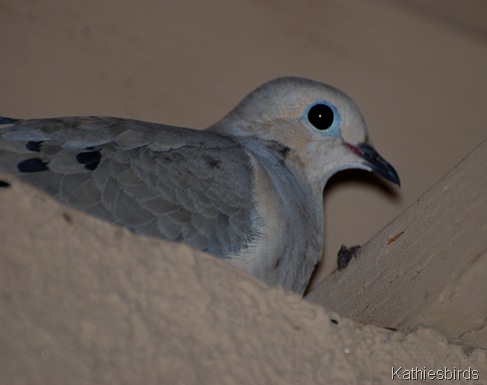 This is one of the pair of mourning doves that kept trying to build a nest in the rafters of the covered patio in my yard. I spent over a week chasing it out but finally relented and gave up on Monday when it just looked so desperate. I could only imagine its need to lay eggs. So, I thought I would just let it build it’s nest. Well, too late. When I sat down to eat at the patio table I looked up there with my binoculars when one bird flew in and the other flew out. to my horror I discovered there were already two eggs sitting on the bare ledge! I saw the bird that had just flown in move over and gently tuck the eggs beneath its breast. All day long the birds took turns and I thought maybe the eggs would survive after all, but when I returned from a full day of birding on Tuesday I found the eggs smashed on the concrete patio below and the doves gone. Since then they have not returned. Mourning Doves are known for building the most flimsy nests but in this case, my chasing the birds away did not help. 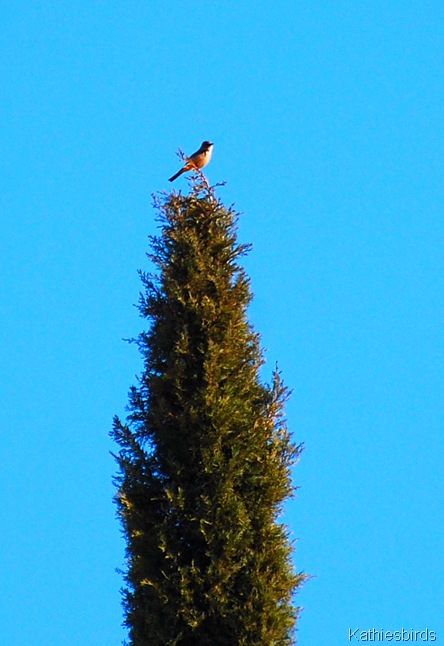 On Monday it was still so cool that I needed the heat on in the morning to take the chill off the house. By afternoon I had the windows open and they’ve been open ever since, even at night, until today when I shut them to keep the heat out! We went well over 90F today and I tried to get out of the house early enough to count birds at Michael Perry park off Golf Links road. I have been trying to count birds there on a regular basis since there is very little eBird data for that location. I arrived just before 9 AM with clear blue skies, a light wind, and the temperature at 70F. By the time I left almost 2 hours later is was already 84F and just before noon it had risen to 89F. 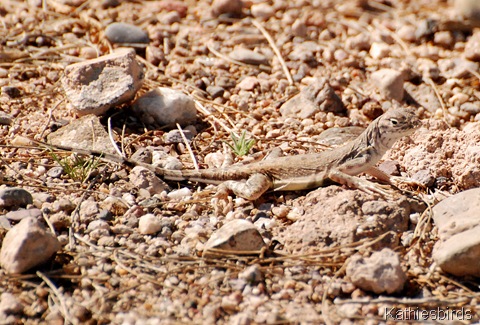 The heat has brought out the lizards and I am seeing them everywhere! They are in my yard and scurrying around the trails at the park. This is the only one I was able to photograph, but you know that if the lizards are out, its pretty hot!

I counted 23 species of birds at Perry Park today, including a flyover cormorant species! In my own yard I added 2 birds to my yard list. I’d say it was a good day of birding and migration has definitely begun. The Turkey vultures are returning as well, and I have noticed a change in bird behavior. Until a week ago I would not see or hear a bird in my yard until the sun came up and hit the feeders. Now the bird chorus starts before dawn and the bird activity starts to dies down by 10 AM. This is yet another sign that spring is well on its way. With temperatures predicted to be in the 90’s again tomorrow, it feels more like summer here! And the memory of snow from three weeks ago has all but melted away.

eBird Stats as of today: