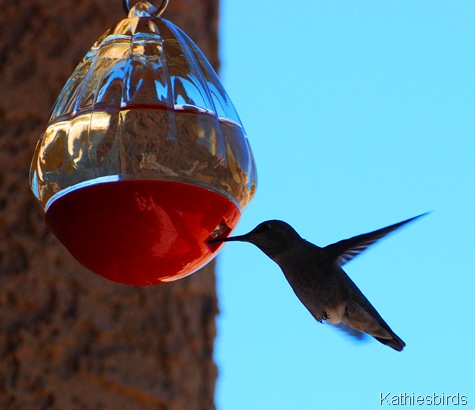 One of the pleasures of living in Tucson is that I get hummingbirds in winter. While many of our hummingbird species migrate south for the winter, we do have three species that tend to hang around, and two of those species even start to nest and breed in January and February. I mostly get Anna’s hummingbirds here at my house on the east side of Tucson, but when I lived in Sycamore Canyon my main hummingbird species was Costa’s. There were times during the winter that I had upwards of 12 birds at a time at my feeders. 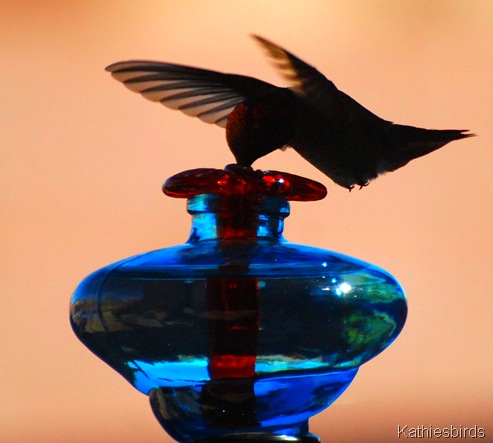 Over the course of this winter I have seen my Anna’s Hummingbird population go up and down, with a high of probably 6 to 7 birds seen at one time. Once in awhile a Costa's will show up, but I am not getting any Broad-billed hummingbirds at the moment, which is the other species of hummingbird that can be seen in various locations around town in the winter. Most winter records of this species are near the Catalina Mountains. 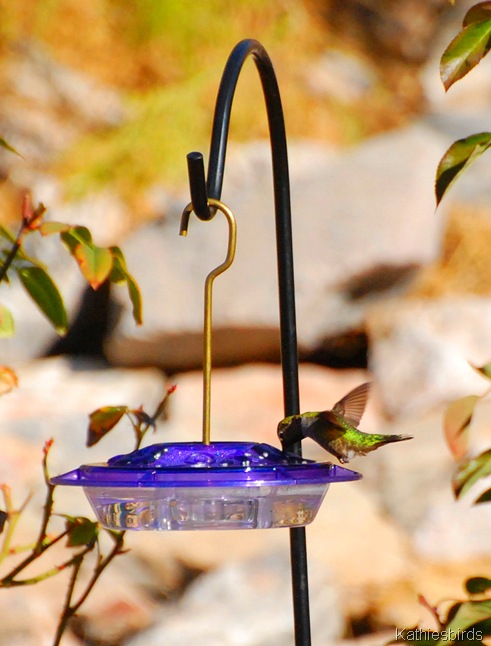 Still, I have five hummingbird feeders up and ready, waiting for the return of Black-chins, Broad-tails and hopefully a few Broad-bills in my neighborhood. Last fall during migration I did see a Rufous Hummingbird and a Magnificent Hummingbird would be magnificent, but I don’t think I am high enough in elevation to get one here in my yard. With cold temperatures, rain and even frost predicted for this weekend spring seems like it is far away, but I just know the hummingbirds will be returning soon!