Am I Doing a Big January? 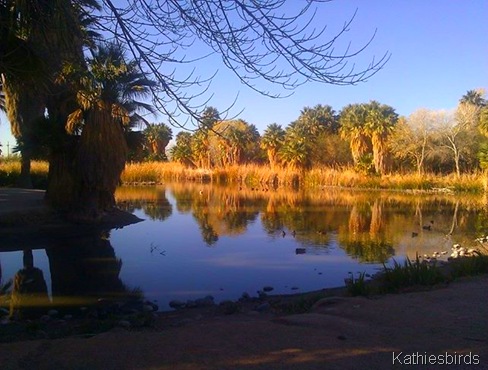 As the time to move grows nearer I find myself busy with all the preparations. While I don’t have to pack and move myself, I do have things that need to get done and people I want to spend time with before I leave. But I also want to see my favorite places and my favorite birds. I am trying to squeeze in birding whenever and wherever I can, but I am also trying to make sure I spend time with my son and grandson before I leave. As a result, there has been little time for blogging, but here I am tonight, trying to write a post or two and keep everyone abreast of what is going on. 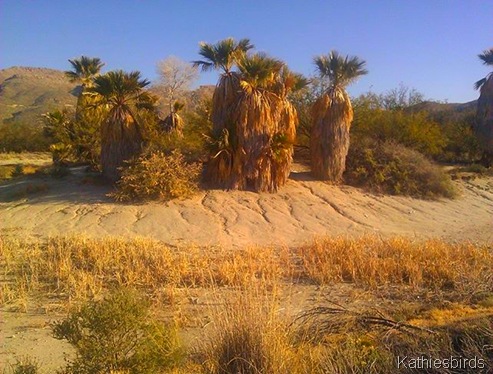 I am used to doing a Big January each New Year since 2008. With everything going on I wasn't going to do one this year, but I still feel the pull of it and the desire to be out birding as much as possible. Of course I am counting birds in my yard, but I am also counting them in the parking lots and along the roads. I managed to get to Sweetwater Wetlands one day with Chris, as well as out to the Tangue Verde wash this past Sunday afternoon. On Saturday I took my son and grandson to Colossal Cave Mountain Park where I added a Bewick's Wren to the list while we were waiting for our cave tour. By Sunday night I was up to 76 species of birds. When my son needed me to drive my grandson to school on Monday morning, I took advantage of the opportunity and went to Agua Caliente Park after dropping him off. I thought I would just take a quick look around but ended up staying for 2 hours and counting 26 species of birds, 5 of which where new to my 2014 Year List. 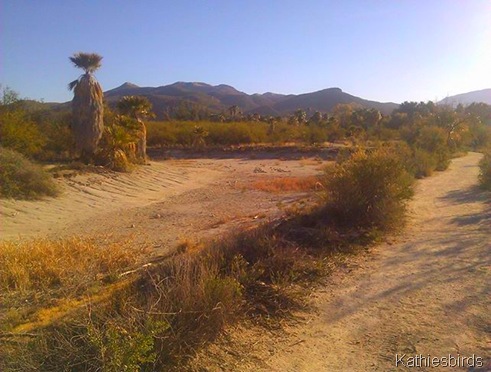 Walking around the park Monday morning was very poignant for me. I can't help looking at each tree and cactus, each curve of the mountains and thinking to myself how much I love this place and how I will miss it. I am immensely thankful that I was able to live here for as long as I have and to experience this place.  Agua Caliente Park holds a special place in my heart, because it is the place where I first went birding with Celeste back in 2010 and with Chris Rohrer in the fall of 2012. 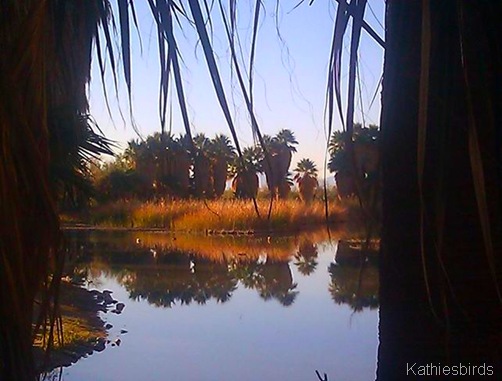 After spending the morning in Agua Caliente Park I decided to see if I could find the Great Horned Owls in Saguaro National Park, so at 4:50 PM I headed over to the Freeman Homestead Trail for a hike. 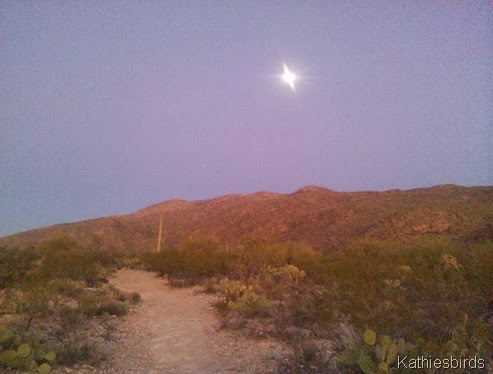 It was all pretty quiet on the trail. The sun was sinking low and deep shadows lay across the dusty trail. There was only one other car in the parking lot as I set out, but all was quiet. I heard no birds or people until I got farther down the trail where the voices of children drifted up from the canyon and I heard the trill of a Rock Wren ringing off the canyon walls. As I descended the trail towards the wash, I constantly scanned the cliff walls where the owls are known to roost and nest, but though I examined each cave-like hole and each tree, I did not see an owl anywhere. 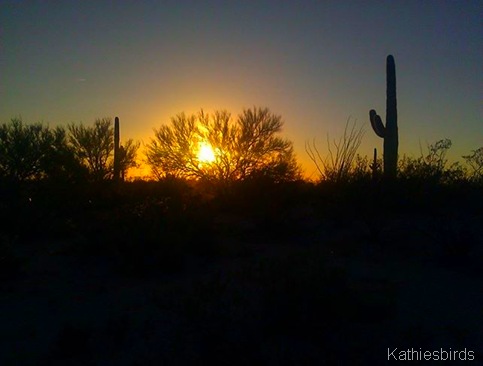 With the sun sinking lower the temperature dropped and I heard my feet crunching in the gravel wash, but still no birds, until I heard the whistling of a Mourning Dove's wings as it flew over my head and landed on the branch of a nearby tree to roost for the night. Finally the trail took a turn upwards and as I ascended through the rocks and desert scrub I saw a small bird bouncing on an outcropping ahead of me. It did not take me long to recognize the Rock Wren picking among the cracks in the stones. When it saw me it flitted off into the bush and as I stopped to get a better look I heard the call of a Curve-billed Thrasher piece the quiet dusk. As I stood there soaking it all in suddenly I saw motion out of the corner of my eye and I turned to see a Great Horned Owl gliding silently along the edge of the canyon walls that only moments ago towered above my head! Bingo! I got my bird! I followed it with my binoculars on its stealthy flight until it disappeared beyond the wash and into the desert evening. 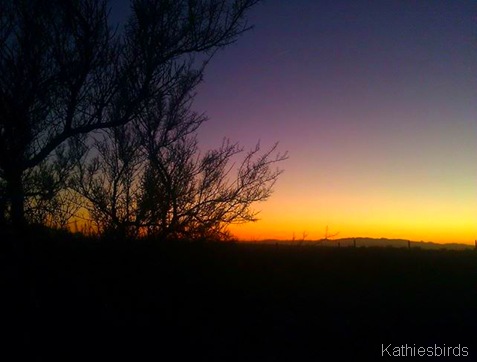 So...maybe I am doing a Big January after all! Here is the list of birds I have seen so far: