Cave Creek Canyon in the Afternoon 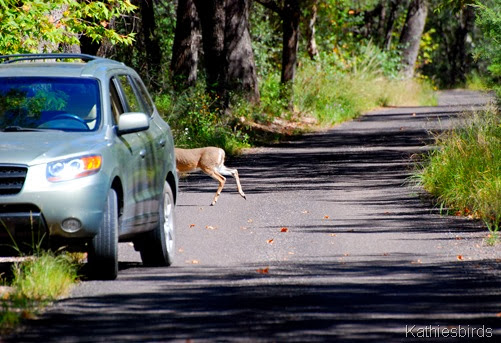 Last Autumn I took a trip to Cave Creek Canyon to go birding with some friends. I only spent a little over 24 hours there. I arrived on the 23rd and after the other women left the next morning, Donna and I ate lunch, then decided to squeeze in a little more birding in the afternoon before we had to leave. It was during the time of the government shutdown, so all the camping areas were closed and there was no one on the roads except us and the deer! 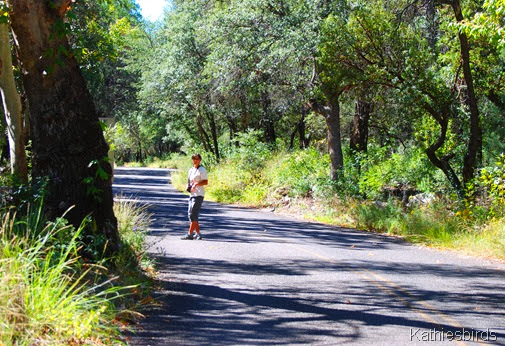 Donna in the road. 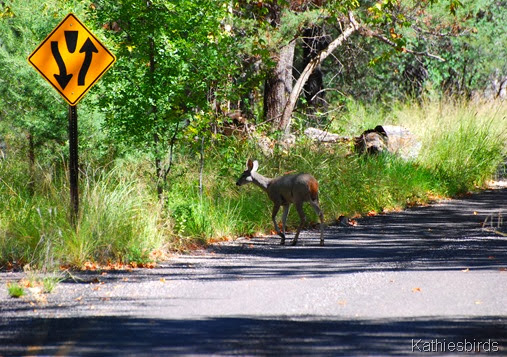 Doe in the road. 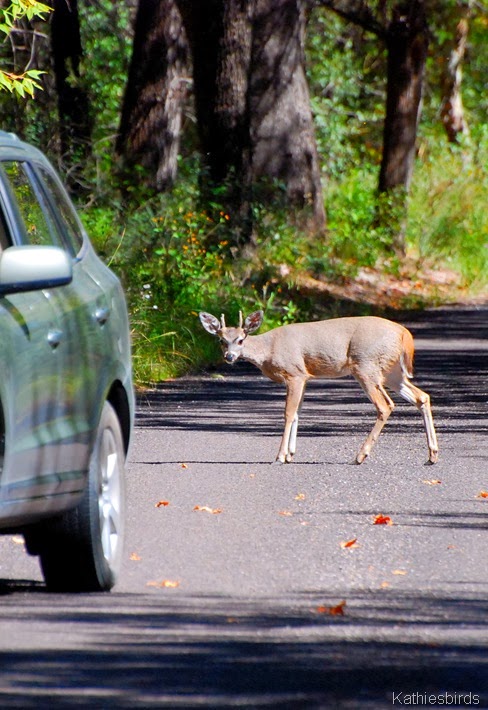 Young buck in the road! 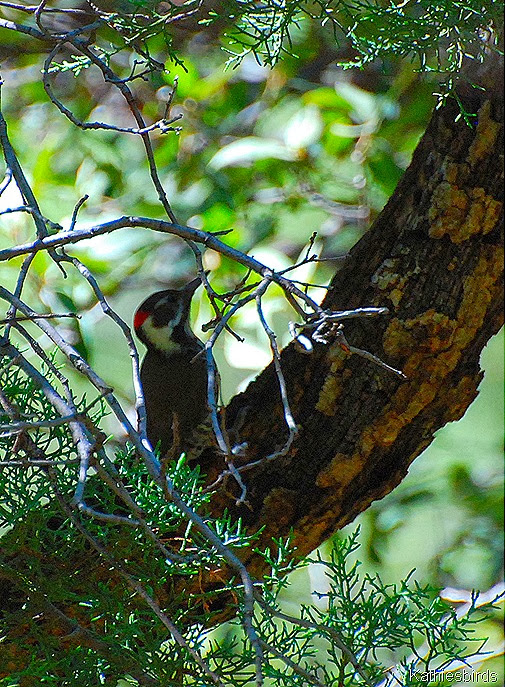 We soon were seeing birds all over, but most were high in the trees and surrounded by leaves and twigs and greenery, making photography quite difficult. However, it wasn’t too hard to indentify this Arizona Woodpecker. 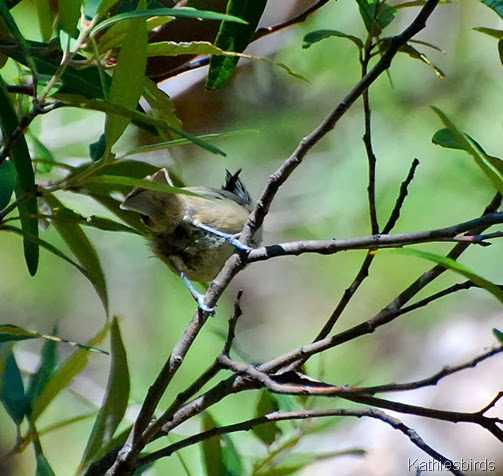 But most of our bird views were like this one of a Bridled Titmouse looking straight up its tail. soon we both had warbler neck! 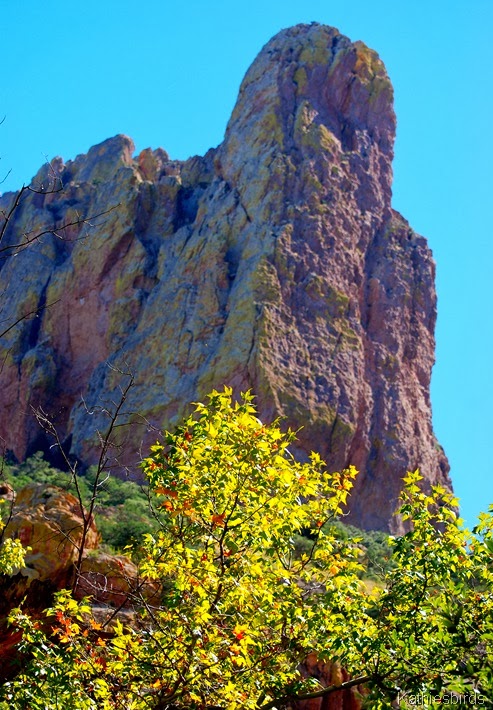 All the while the cliffs of Cave creek Canyon towered over us! 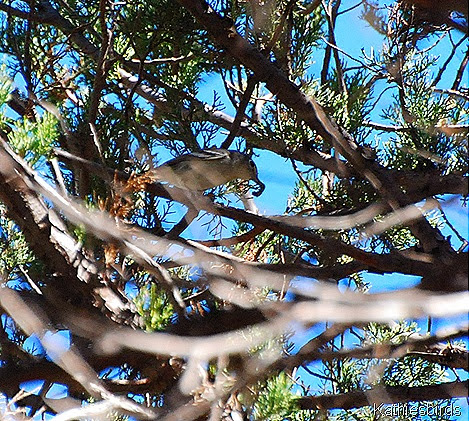 I found a plumbeous vireo munching on a big fat worm! 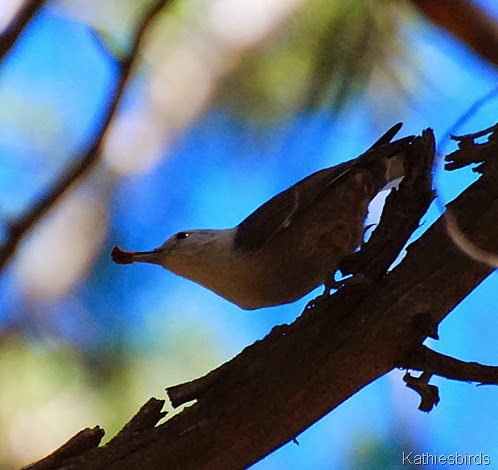 Has this white-breasted nuthatch got an insect or a seed? 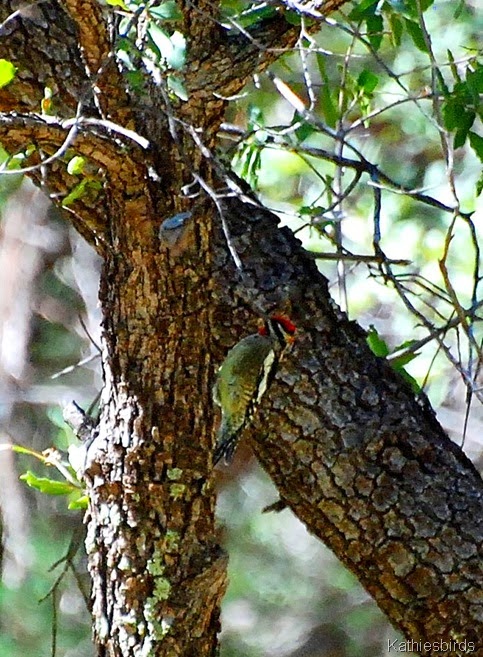 The Red-naped Sapsucker was a nice find! 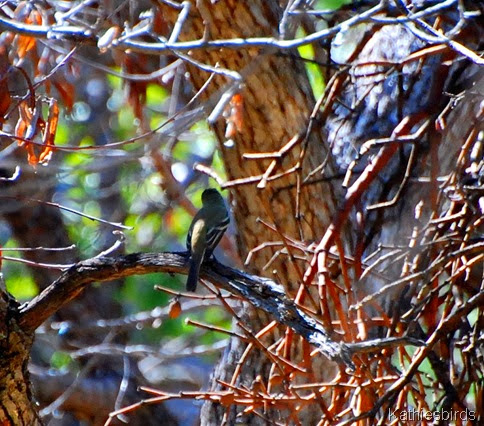 And this was the only shot of a Pacific Slope Flycatcher that I got for Donna. This was a Life Bird for her, but would I get one? 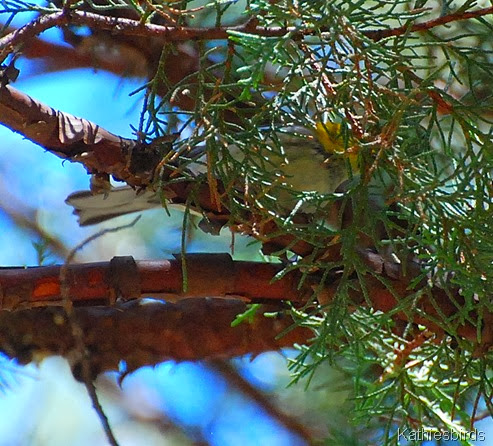 Which warbler is this? Come back soon to find out!

After we reached the bridge where the road turns from pavement to dirt we both decided we had gone far enough. We each had a long drive before us, so we called it a day and we both headed home. However, I couldn’t resist one more stop in Rodeo, NM to count birds! I needed and wanted at least one count in that state! 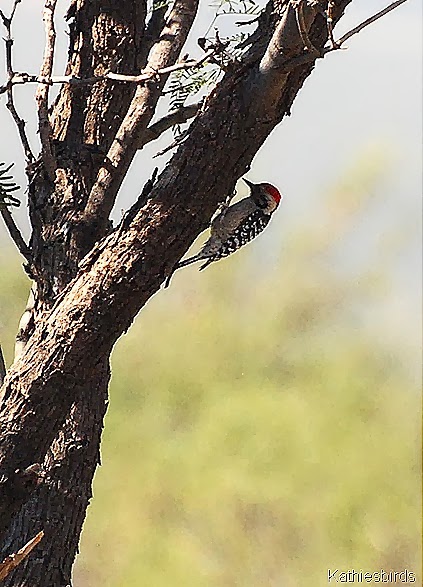 I found a ladder-backed woodpecker right in town! 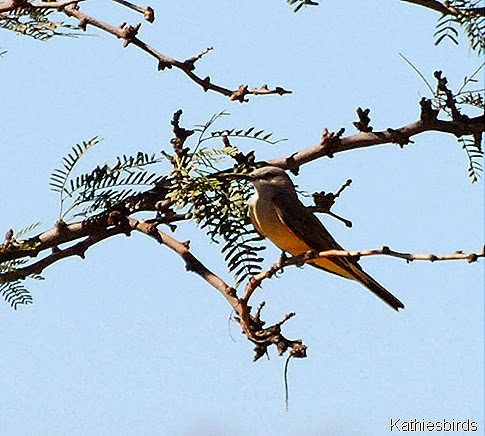 And a late-lingering Cassin’s Kingbird!

But I did not have time to check out this art gallery. Maybe next time! 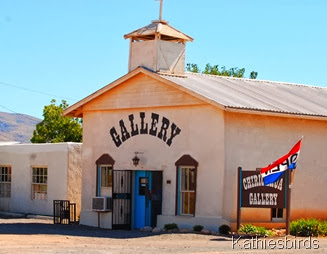 In the end I counted 19 species in the Canyon with Donna, but only 5 species on the Main Street of Rodeo.