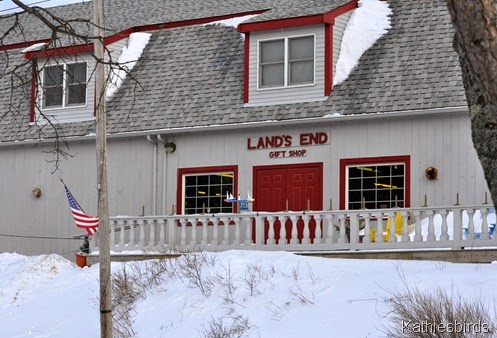 February 17, 2015: Ever since my daughter moved back to Maine last November I had been wanting to take her for a drive to Land’s End in Harpswell. With the crazy, snowy winter we had the weather was usually bad when she came over to visit me and we could not go anywhere. Finally we had a nice enough day to take a drive and so we did. Of course, I always have my binoculars and camera with me on occasions like this, and I counted birds along the way. My daughter drove my car, so I could pay attention to the birds, and she stopped for me whenever we saw something good. The drive down Route 24 to Land’s End is a pleasant and scenic drive and well worth the trip. Here is some of what we saw along the way. 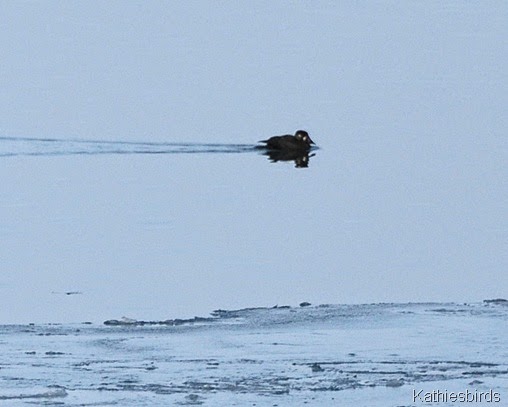 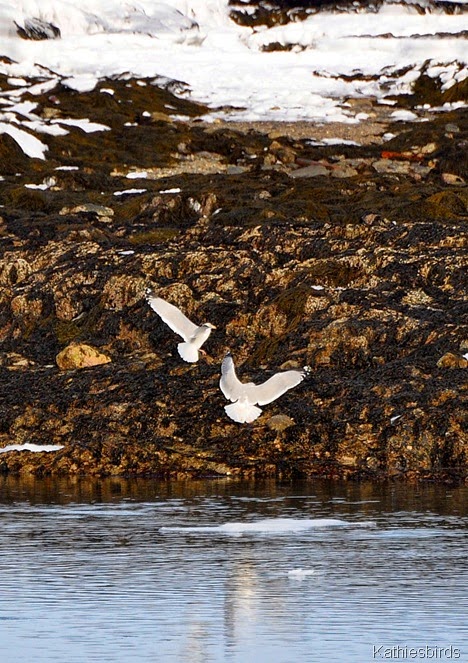 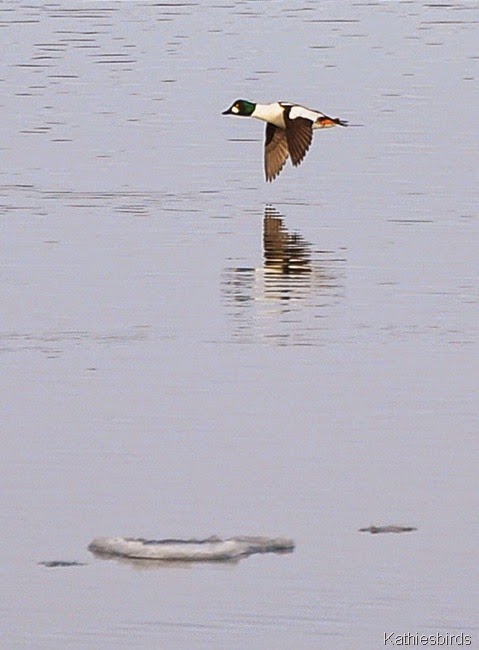 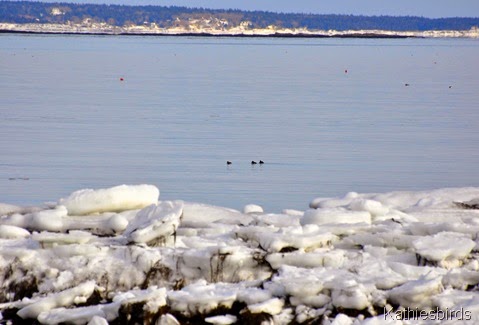 Looking across the cove to Harpswell Neck 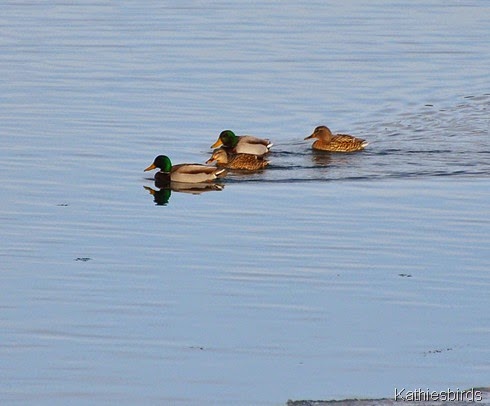 Mallards in the bay 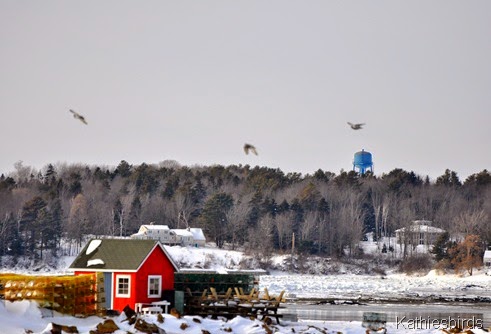 Pigeons flying over the cove 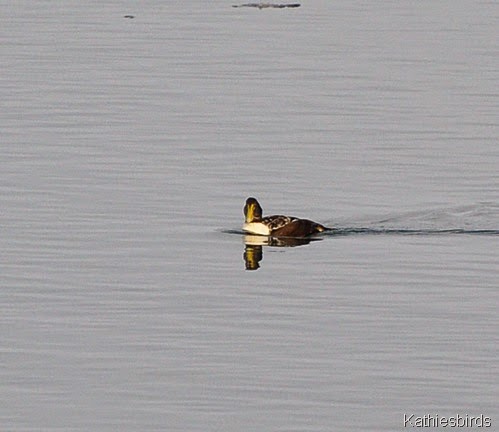 The classic eider bill shape is clearly visible with the “widow’s peak” of feathers coming down from the forehead in the middle of the bill. 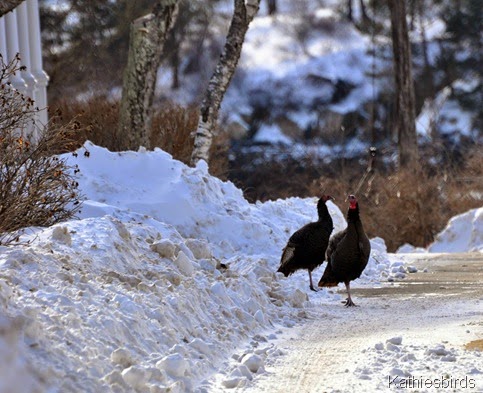 Wild Turkeys on a side road. 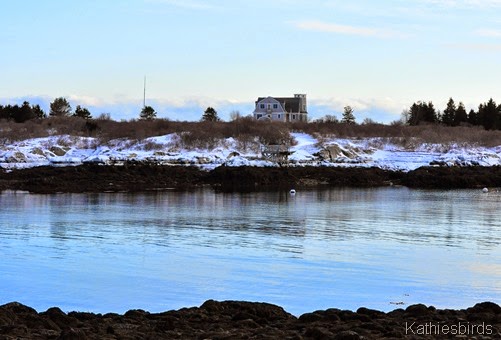 House on the island at Land’s End 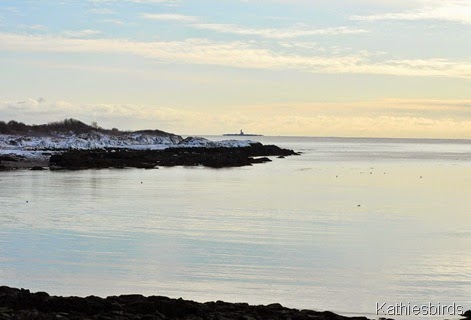 A soft light shines over Casco Bay as seen from Land’s End.

Land’s End is in the town of Harpswell which has three different peninsulas or necks that stick out into Casco Bay. Harpswell Neck is down Route 123, while Orr’s and Bailey Islands and Cundy’s Harbor are all reached via Route 24 out of Brunswick. There is only one road  that connects the two main peninsulas of Harpswell. It is called Mountain Road and crosses a bridge over the Ewing Narrows. Other than that you have to drive into Brunswick to get from one side of Harpswell to the other. Bailey Island and Land’s End are both eBird Hotspots.