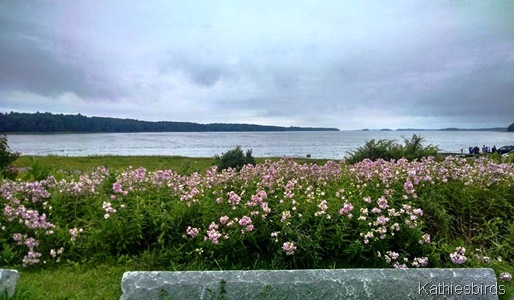 Often when I go to town, I find a way to turn it into a birding expedition. Yesterday afternoon was no exception. After being confined to the house for most of the day by rain showers, I headed to town to buy some eggs and bird seed in mid-afternoon. Gray skies still blanketed the land with water droplets dripping off trees and puddles speckling the road. I accomplished the necessary tasks and headed towards home, but took a brief detour to one of my favorite birding spots in Brunswick, Maine: Wharton Point Landing on Maquoit Bay. 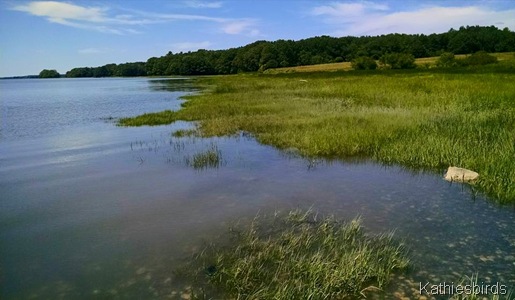 Wharton Point Landing is an eBird Hotspot and a favorite spot for non-birders to watch the sunsets or just watch the tide roll in or out. Situated at the top of Maquoit Bay, one has an expansive view to the south, as well as east and west. Birds seem to love this bay with its shallow mudflats at low tide and deeper water farther out for diving birds and ducks. A pair of Bald Eagles nest along the bay and in the summer one can see osprey and terns as well. Shorebirds line the tide line at times and in the winter the gulls gather on the ice shelves and stand along the open water where the creek runs into the bay. 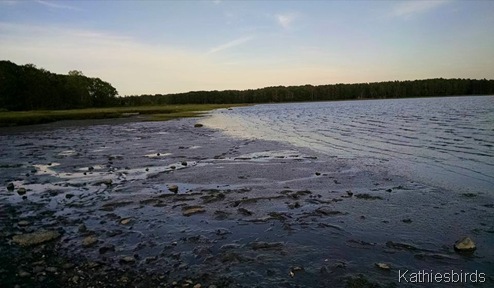 When I arrived tonight there were three cars there ahead of me. Two were in the parking lot and one was down on the dirt boat ramp area that leads to the cement boat ramp. I decided to pull down onto the dirt road and park a respectful distance from the first car so as not to infringe on their space. I could see the tide coming in but it was still half way out with mud exposed close to the shore. As I rolled down my windows a quick glace through my bins revealed a black-bellied plover and other shore birds picking through the mud right at the tide line. I undid my seatbelt but stayed in the car to observe the birds. With both front windows down a gentle breeze drifted through the car, along with a few flies and mosquitoes. I ignored them and watched the birds. Snowy egrets picked their way through mud and shallow water to the east. Farther out I spotted the plovers as well as a few short-billed dowitchers. Herring and great black-backed gulls stood around various pools, and the flowing creek that cut its way through the exposed mud. Above the deeper water the common terns called and hunted, diving into the deep whenever prey was spotted. In the surrounding brush I was serenaded by song sparrows. All was tranquil and blissfully calm as I sat in my car watching birds. 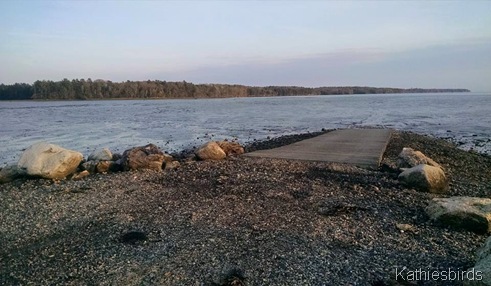 The ramp at Wharton Point

Eventually the car parked in front of me decided to leave and I pulled forward into their spot. Now I could see the cement boat ramp, and was surprised to see an adult common tern standing on it, along with a juvenile begging for food. At the end of the ramp a large gull was picking at something. At first I thought it was a herring gull, but then something seemed different. Its bill was dark and seemed to have a different shape. As my mind raced I focused in and tried to figure out what I was seeing when suddenly a small white compact car came zipping down the dirt road behind me. It blasted past me and pulled in front of me, slamming on its brakes and sending gravel flying. It now obstructed my view of the boat ramp and the gull. Then, to my shock, it drove onto the boat ramp, scaring the gull and the terns off. I expected to see some obnoxious teenage boys emerge from the car, so you can imagine my even greater surprise when a short gray-haired grandma and her approximately 10 year old grandson stepped out. The boy promptly ran around the car hooting and hollering. Grandma seemed overjoyed at his antics. 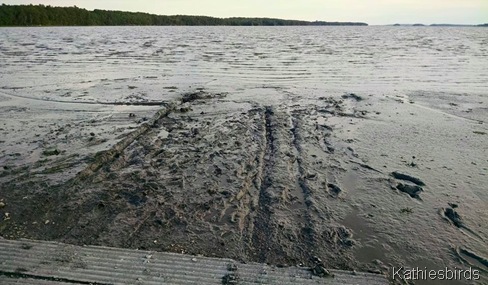 In the way of all boys, he was soon chucking rocks out into the mud and watching them land with a splash and a plop! This kid seemed to be everywhere at once and he was in and out of the car several times, at one point opening the driver’s door and tooting the horn several times. I was just about to pack it in and leave when for some reason both he and grandma got back in the car, backed it up in a flash, and zipped away with as much noise as they arrived with! A-a-hh, calm was restored again, but not for long. 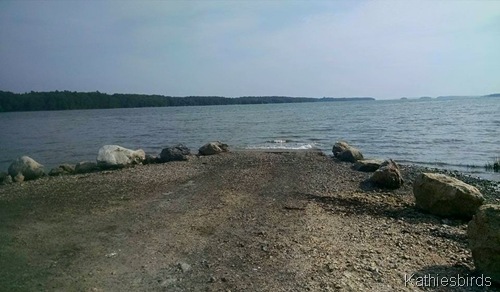 By now I had been here at least twenty minutes and as the tide rolled in the birds were being forced ever closer to shore and I was getting even better looks. I did not bring my camera with me, due to the gray and overcast skies and wanting to just relax and watch the birds, but soon another car pulled up next to me. Only this one was quiet and the occupants parked a respectful distance away. Then another car pulled in and parked much closer. Soon a dad with two young daughters emerged. The father talked to the girls in whispers so as not to disturb others or the wildlife. When I saw one little girl with binoculars around her neck I smiled and thought to myself, “Good job, daddy!” But then more cars came down the ramp with more kids, so I started my car and put it into reverse, intending to leave. However, just as I got to the top of the dirt road and was backing around, something caught my eye over the water. An adult bald eagle! I put my car into drive and pulled into the upper parking lot. Turning my car sideways, I was able to position myself so that I could roll down my window and watch the eagle over the water, and I was surprised at what I saw!

Earlier I had spotted a couple of female eiders paddling about in the bay, along with ten eider ducklings. The birds floated placidly and seemed to be enjoying themselves as the tide carried them gently ever closer to shore. But now a winged fury was attacking from above! With talons extended the eagle swooped. I thought the ducks stood little to no chance and braced myself to witness a ducking carried off in yellow feet. But nature is amazing and I marveled as the hens growled a warning to the ducklings. Suddenly, they all disappeared below the surface as if someone had them on strings and pulled them simultaneously down from below! The eagle regained height and swooped again. The ducklings dove again. I saw one mother ducks come partly out of the water with a fierce growl, her bill snapping at the eagle as it drew near! I could not believe what I was seeing! 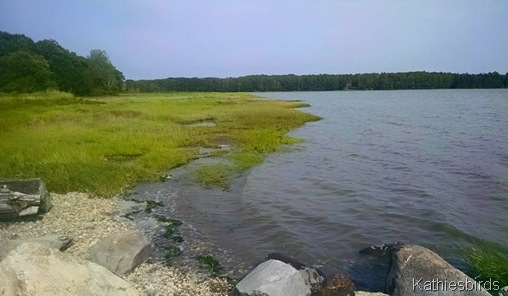 Time after time the eagle swooped and tried to grab, but came up empty. As I was watching this drama, more and more cars filled the parking area near the boat ramp and kids continued to emerge from cars and gather on the shore. Whether it was the eagle’s lack of success or the gathering crowd, it soon gave up and I watched it fly towards the eastern tree line and disappear into the canopy. With the duck drama over, and the parking lots filling with cars, it was now really time for me to leave. And as I drove home I smiled and marveled at how unexpected and exciting birding can be. With yet another move in my future this brief encounter with nature is what keeps me smiling. It’s what keeps me going and gives me hope.

Note: The first image was photographed last night with my cell phone while I was there observing all the action. All subsequent photos are from previous visits to Wharton Point.