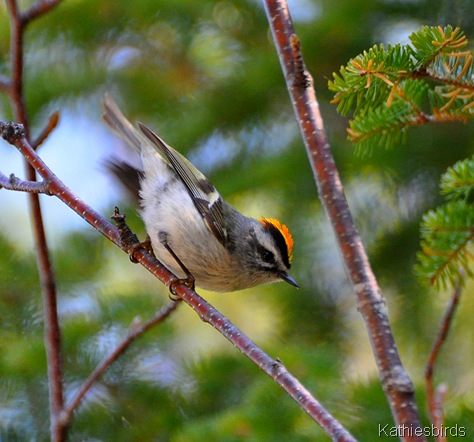 May 2, 2015: Gus and I arrived in Greenville, Maine in mid-afternoon. I was on a quest to see and bird Moosehead Lake, the place my grandfather loved best on earth. After checking into the Greenville Inn, we drove to Rockwood, Maine to see Mt. Kineo and the place my grandparents went on their honeymoon. I counted the birds there, but discovered that Rockwood was actually in Somerset County. I wanted to count birds in Piscataquis County, one of the two remaining counties in Maine that I did not have an eBird Checklist in yet. Plus, at the beginning of May, there were still only 25 species of birds recorded for Piscataquis County! I wanted to add to that data! So, we drove south back to Greenville, then headed north up the east side of the lake. We had seen signs for a place called Lily Bay State Park. We decided to head there and see what we could see. 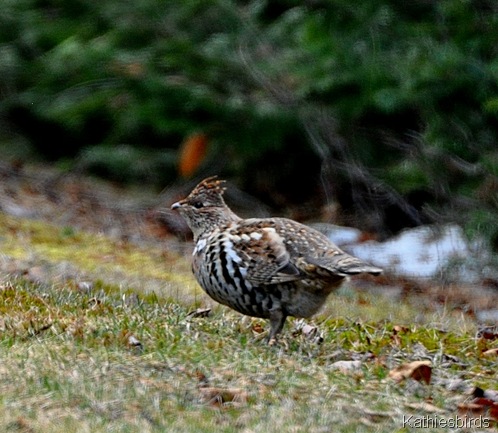 It was after 5:30 PM when we turned into the road for Lily Bay. I had no idea what to expect as we drove the paved road through thick forest. I was hoping for a Black-backed Woodpecker, or maybe a Gray Jay, but I was so surprised and pleased when I spotted a Ruffed Grouse feeding along the edge of the road! Gus stopped the car and I rolled down the window and took numerous photos of this grouse. The light was low and I was shaking with excitement but I got my shots! This was my First of The Year (FOTY) Ruffed Grouse. I had not seen one since September of 2006 on Francis Peak in Utah! We stayed in the car and used it as a blind as we continued through the park. It was not long before we spotted a doe and her last’s year’s fawn grazing on the new grass alongside the road. 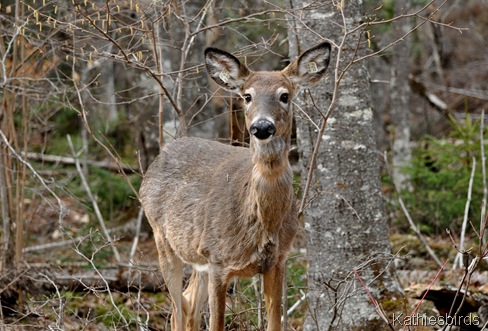 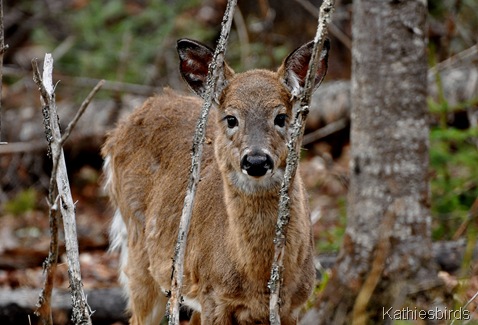 This smaller dear I assumed was last year’s fawn.

We came to a fork in the road and took the left arm down to a place called Dunn Point. Though it was early May, there was still ice on the lake, but the clear still water gleamed like glass and reflected the world around us like a mirror. 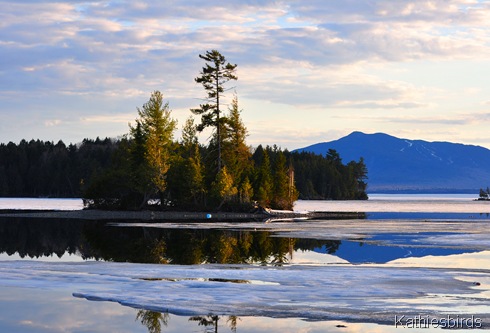 View of the lake from Dunn Point 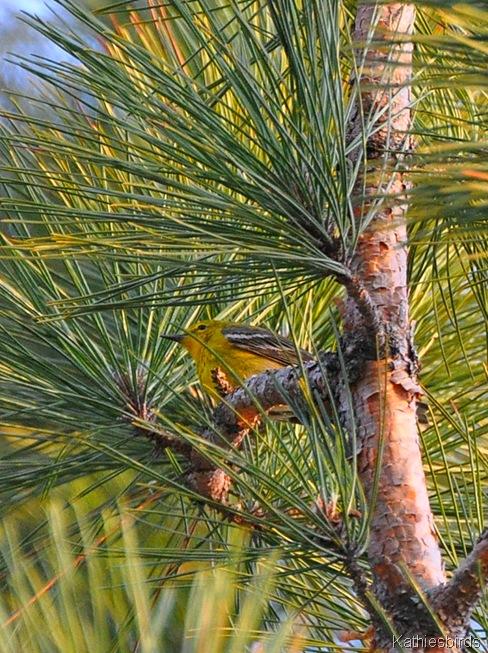 A Pine Warbler serenaded me from a tall pine! 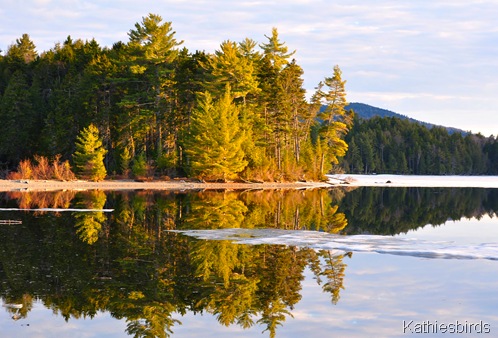 The setting sun cast golden light on the forest. 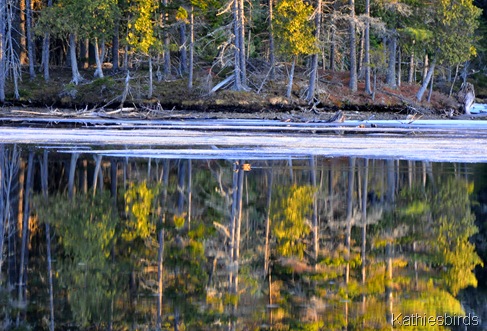 Across the bay I spotted a duck gliding on the flat surface of the water.

What could it be? 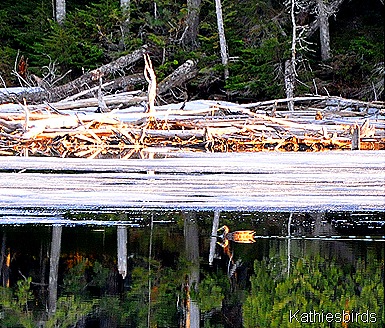 That spoon-shaped bill made it quite clear to me!

I was seeing my FOTY and First in Maine female Northern Shoveler! 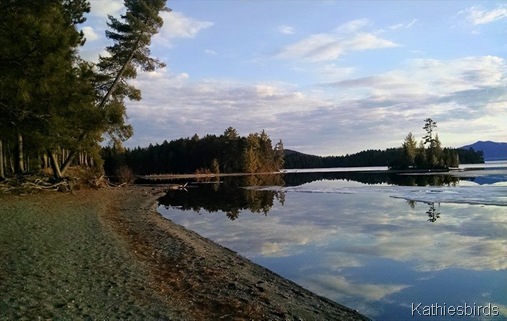 The beach of Lily Bay State Park at Dunn Point 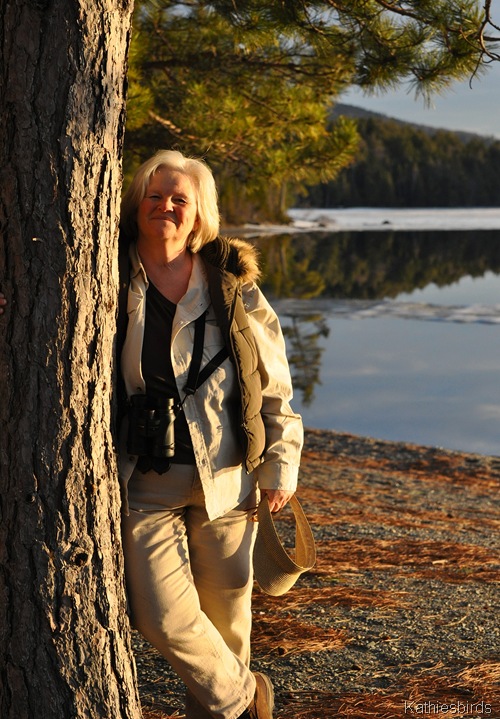 It felt so good to be at Moosehead Lake and see the place my grandfather loved.

I do not know if he was ever at Lily Bay State Park, but I can only assume he cruised these waters in his boat. I know he also stayed in Greenville at Wilson Ponds. It is quite possible he and my nana traveled up this east side of the lake as well. However, Lily Bay State Park was only established in 1961, only 9 years before my grandfather died on Moosehead Lake from a heart attack while driving his boat. 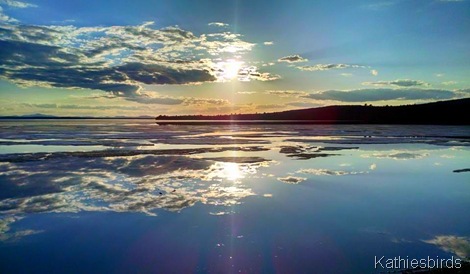 As the sun set on Lily Bay we realized it was time to head back to Greenville.

As we were leaving, we suddenly were attacked by the first mosquitoes of the year. They came out at dusk and we encountered then along the forested road when Gus stopped to talk to one of the park rangers about his car. Yes. We were in the Corvette, and every time we saw a bird alongside the road he had to shut it off so I could hear the birds instead of his engine! Still, it was a fun ride, even if that thing is a Pavement Princess! I liked it here so much that we drove back up the next morning after we checked out of our Bed and Breakfast Inn. I just knew there were more birds to see, and I was right! 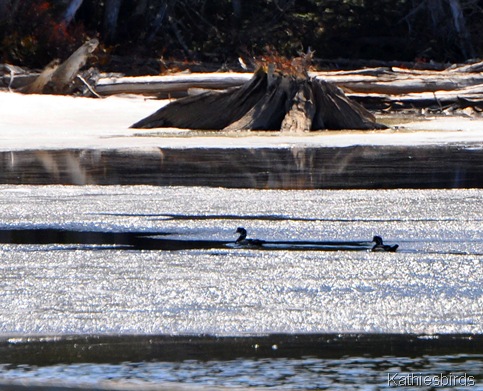 We went back to Lily Bay and took the right fork to Rowell Cove where I spotted some wood ducks and a Kingfisher this time. Then we traveled back to the fork and went the other way to Dunn Point. 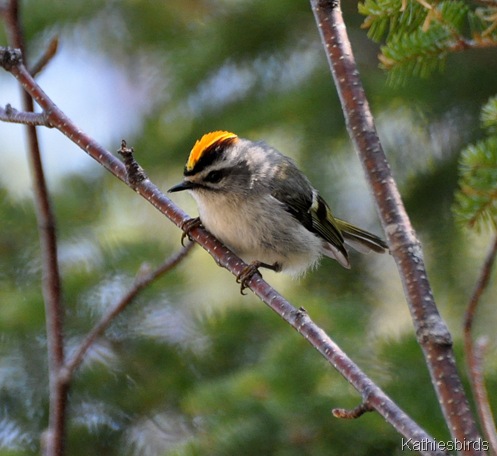 Along the road I saw and heard numerous Golden-crowned Kinglets! 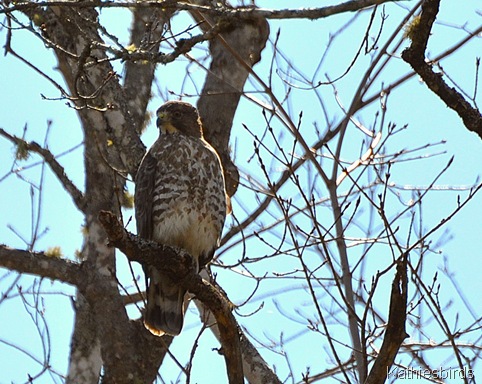 And though I never saw a Black-backed Woodpecker, there were Yellow-bellied Sapsuckers everywhere! They were alongside the road, and in the clearing where the restrooms and showers are. In that clearing I counted at least 4 sapsuckers with males pursuing males as they battled over territory until one chased another in hot pursuit and flew right between Gus and I almost brushing our faces with their wings! They were like feathered bullets! 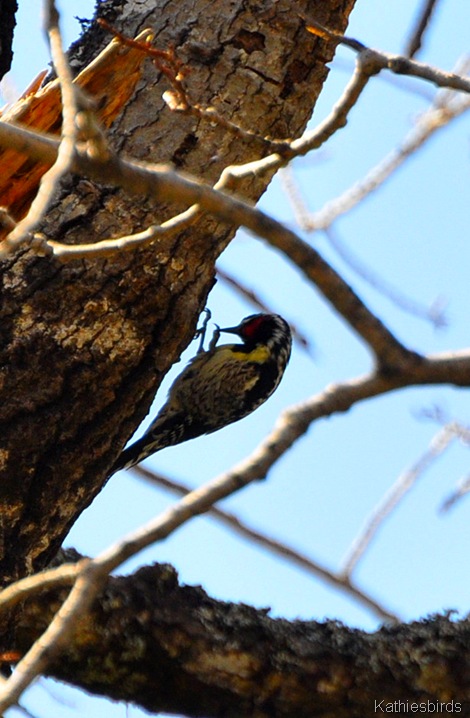 Yellow-bellied Sapsucker as seen from the back.

Notice how well it blends in with the bark. 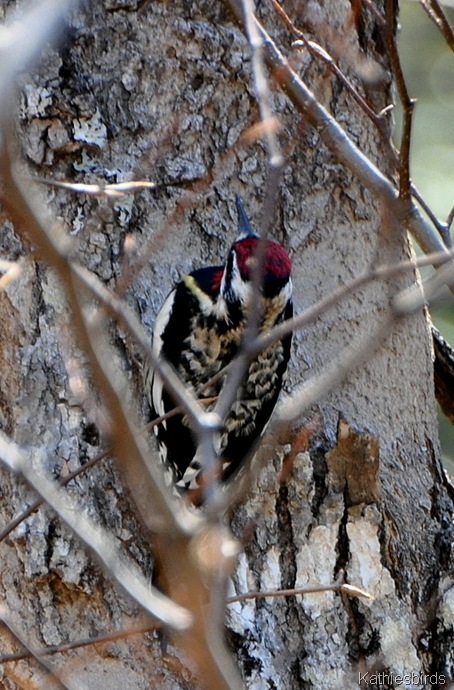 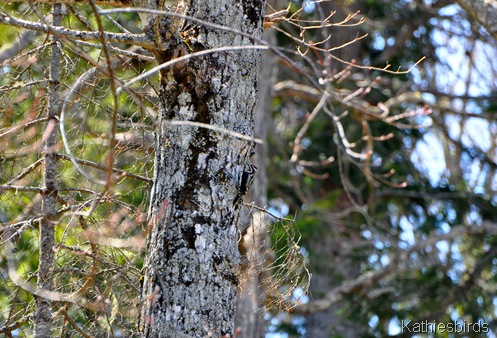 Can you see the sapsucker on this tree trunk? 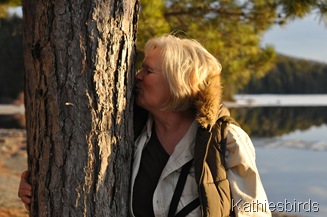 Yes, I loved this place! 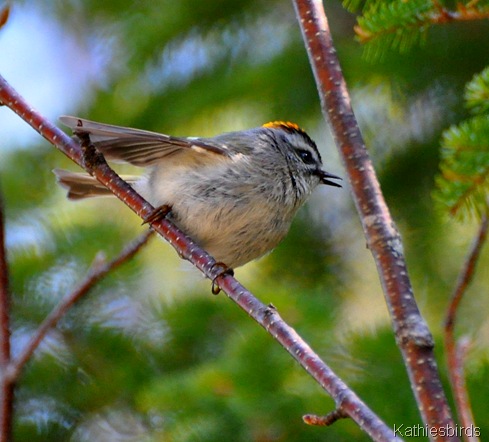