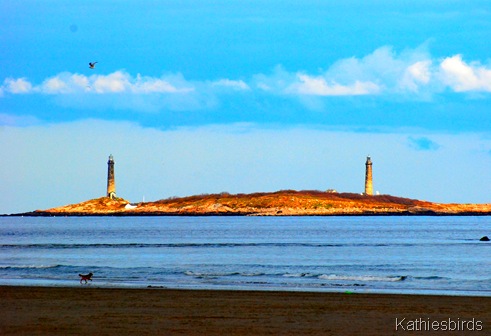 On Sunday, October 23rd, while Gus stayed home and watched football, Kathryn and I set off for Gloucester, MA. Gloucester is located on Cape Ann, also known as Massachusetts’ other cape. I did not know any of this before I moved here last year. I ad been to Gloucester just twice before, so I was more than willing to go again. Since Kathryn had read the book, The Perfect Storm, Gloucester was high on her list of places to see. 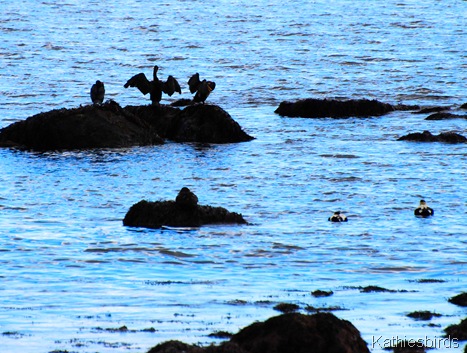 Cormorants and Eiders in Gloucester Harbor

Parking along the harbor walk near the Fisherman’s Memorial we walked along the seawall and were greeted by cormorants and eiders. 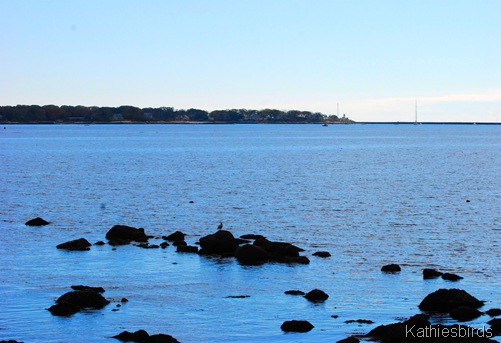 The tide was out and the sea was calm as we strolled along taking in the sights and sound and smells of Gloucester. Birds were few and far between but we did see the usual gulls, house sparrows and pigeons! 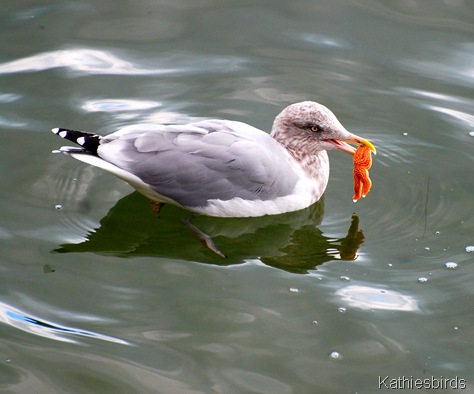 We watched in amazement as one gull came up with a starfish and gulped it down whole! You can read about the Seagull’s Gulp and see more photos on my post to Birding is Fun by clicking on the links. 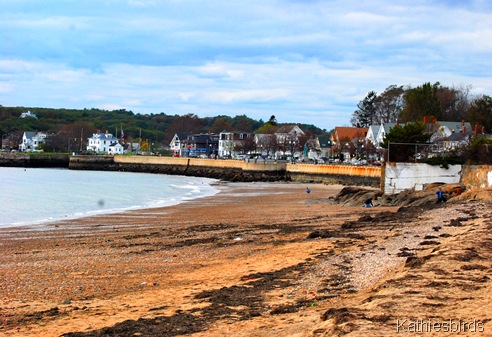 After our stroll along the seawall we grabbed a cup of tea and parked in a vacant parking lot near the water to sip our tea and enjoy the view. 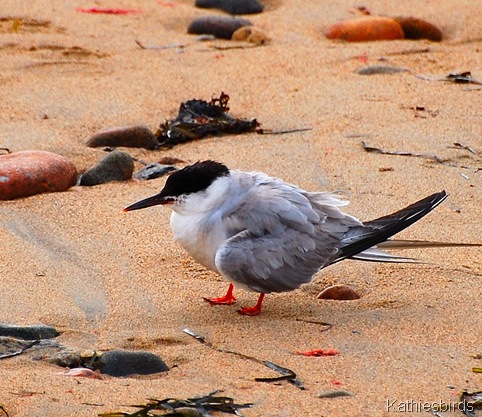 We jumped out of the car, however, with binoculars and cameras when this tern flew into view. after a few flights back and forth it finally landed on the beach and then started walking towards us! amazing! I mistook it for a Roseate Tern at first because that was the only tern I could find with red legs and a black beak, but after consulting with Jeremiah Trimble from eBird I learned it was actually a common tern. apparently it is common for them to have beaks of this color at this time of year! Who knew! None of my bird guides told me that bit of info. 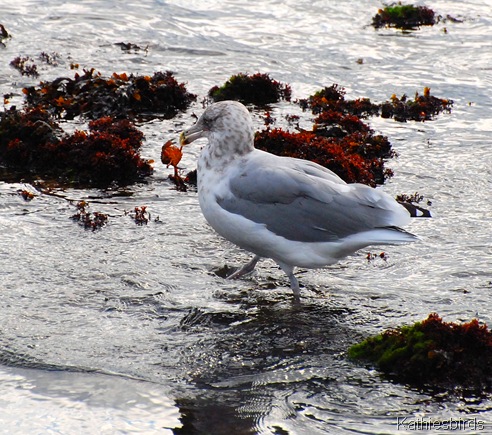 We drove over to the State Fishing Pier next to see what we could see. 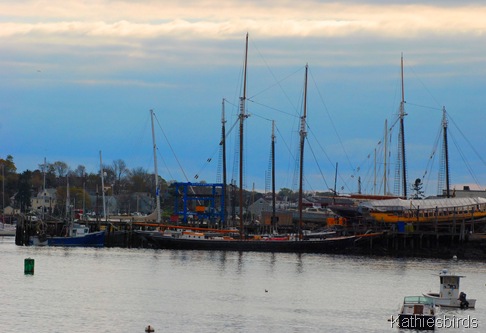 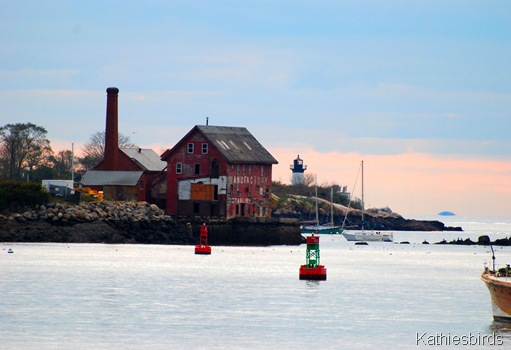 I have heard that you can sometimes find Icelandic Gulls here in the winter. Now that I know where it is, I will have to come back and see if I can find any. There were none here today, however. 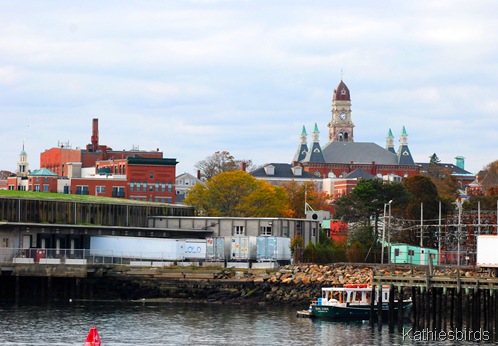 The rooftops of Gloucester

Next we decided to follow the road along the coastline to see what else we could see. We ended up at Good Harbor Beach. after finding a place to park, we walked along the road side to the access point. These roads are posted all over with no parking signs for most of the year, but at this time of year you can park in some places. 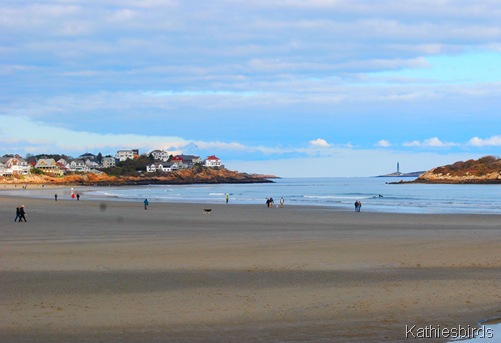 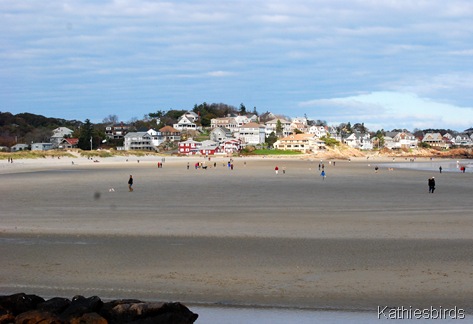 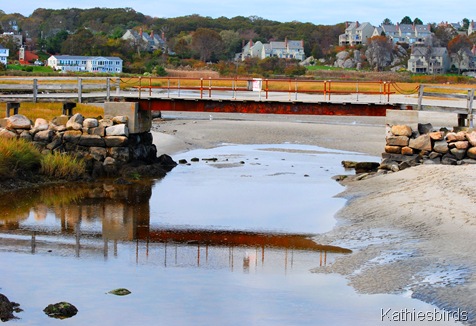 We crossed the bridge over the inlet to the beach where people and pets romped and played. A brisk wind blew and we pulled our jackets tight around us. though the tide was low, we did not see many peeps, probably due to all the dogs and people and the time of year. I was able to find a couple of scoters in the ocean to show to Kathryn, but they were too far out to photograph. 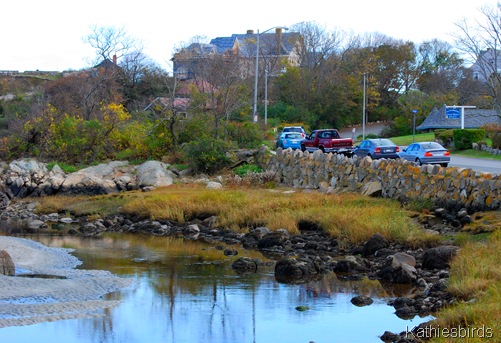 This is where we parked

I was captivated by the patterns in the sand instead. 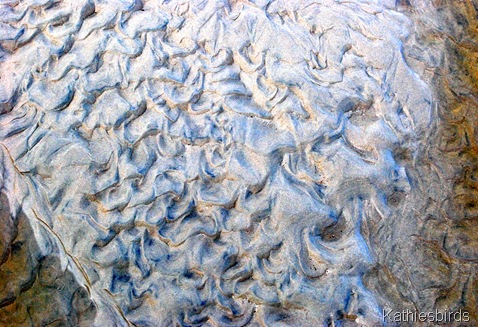 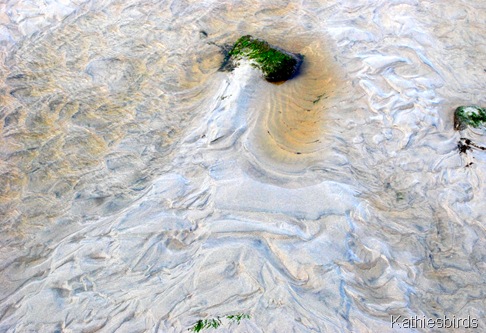 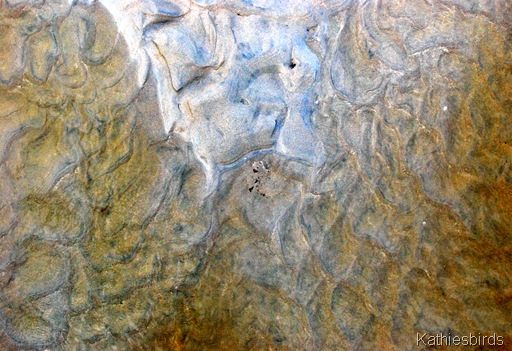 After such a cold and windy day spent out in fresh air along the shore, you don’t even need to guess what we did next. We returned to Gloucester and ate at the Harbor View restaurant where we bought chowder and other seafood. Yum! Did I tell you that Kathryn loves seafood? And the ocean? 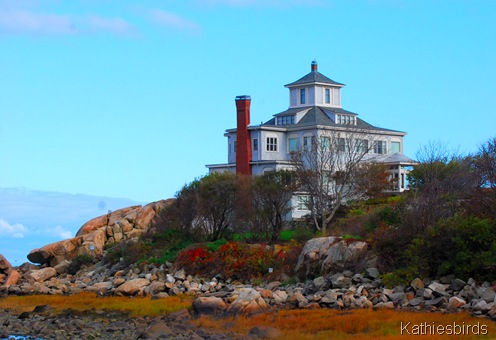 Big House with the Best View of Good Harbor Beach