A Committee of Vultures 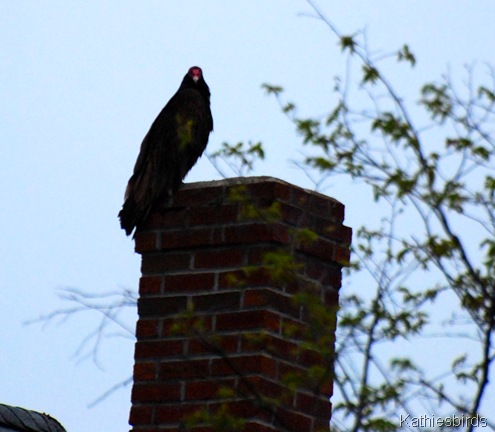 It was the last day of April and I had just returned from a full day of errands and birding in Salem, NH. With a rain storm headed our way the sky had already become leaden and gloomy. I was outside with the dog when I suddenly looked up to see a “committee” of Turkey Vultures landing on the rooftop and chimney of a house across the street! I quickly brought the dog inside and grabbed my camera. The following photos were all taken within a few short minutes. The first one was taken from inside my apartment looking through the front window, but then I went outside and across the street. I did not waste time taking photos as I did not want my neighbors to think I was spying on them! By-the-way, I discovered this morning that the collective noun for a group of vultures is “a committee.” Alternative collective nouns for this species are; “cast,” “meal,”, vortex,” and “wake.” (Info on collective nouns from iBird Pro.) 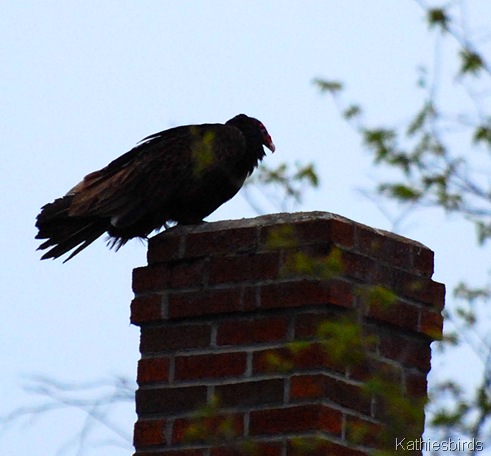 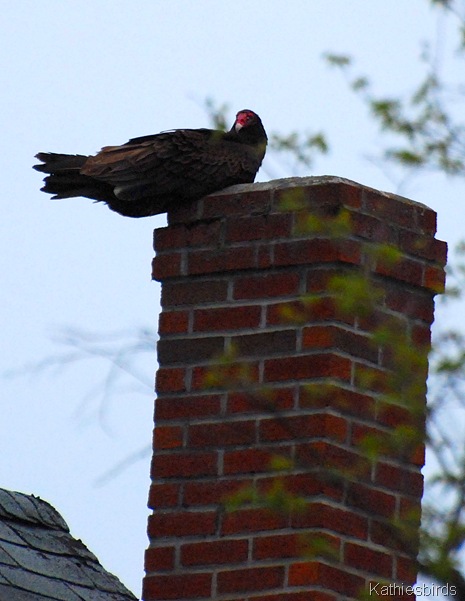 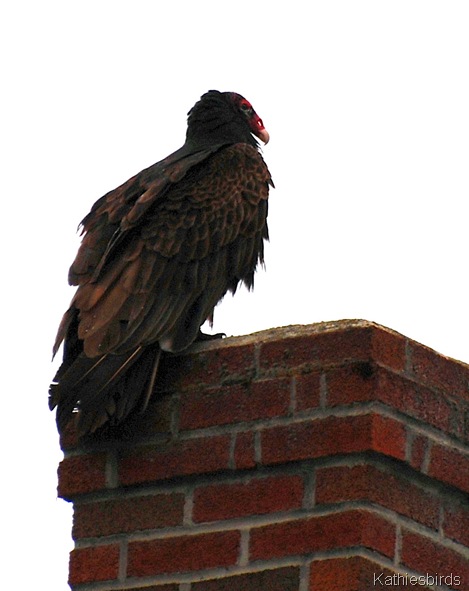 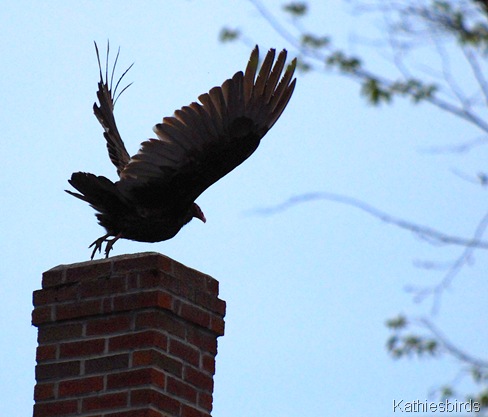 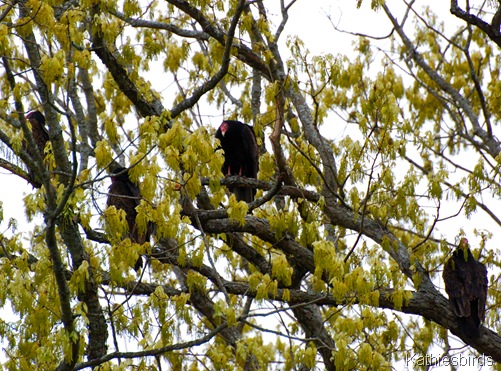 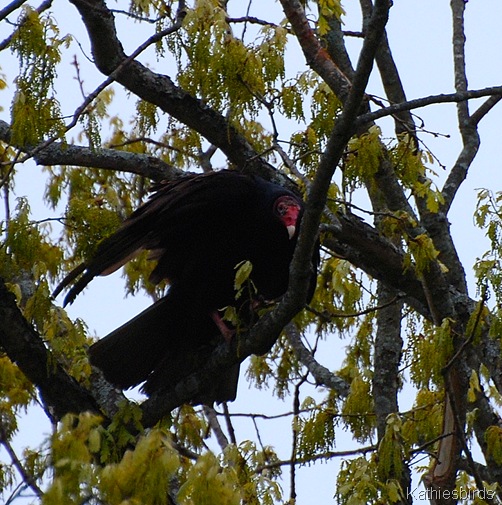 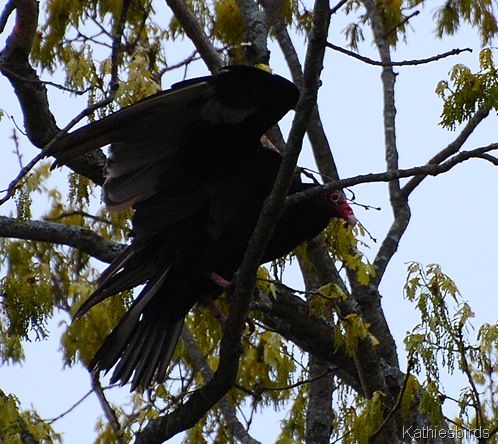 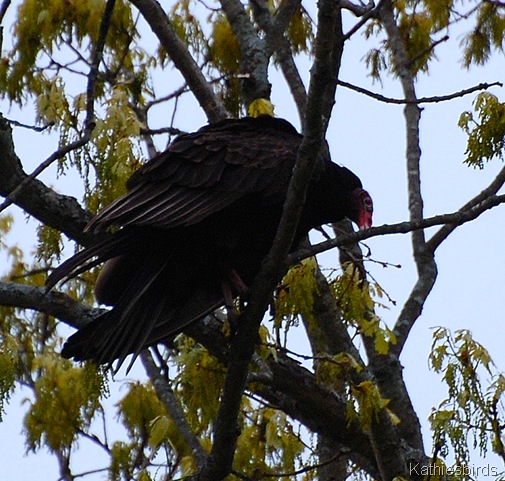 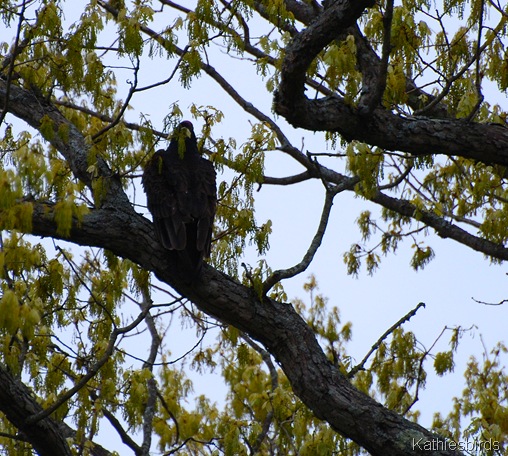