A Flurry of Birds 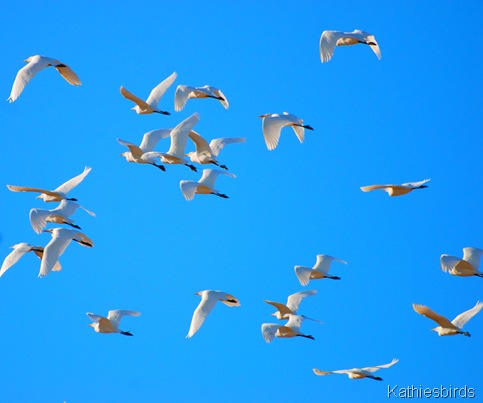 Gus and I now headed back to the main road on our way to our next birding hotspot along the eastern edge of the Salton Sea. We were headed north on Gentry Road when we came to a big curve with lush green agricultural fields all around. 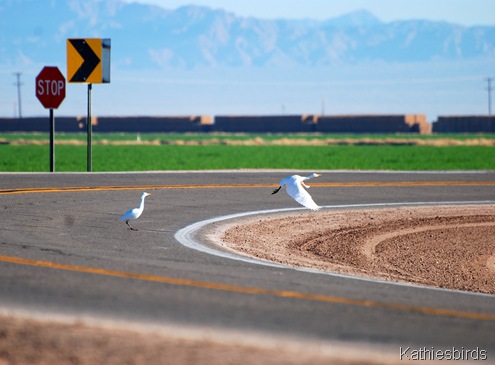 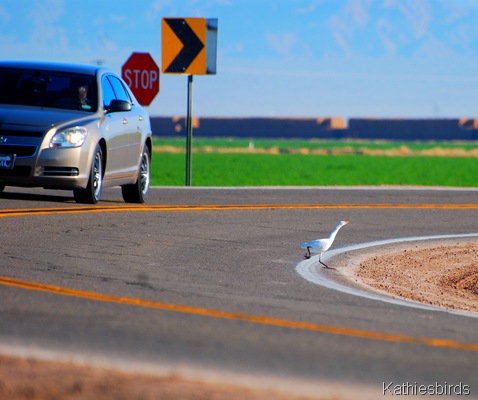 …just as a car rounded the bend! 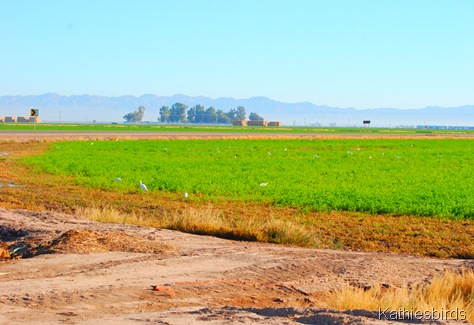 Gus pulled off the road and I jumped out to count and photograph birds! 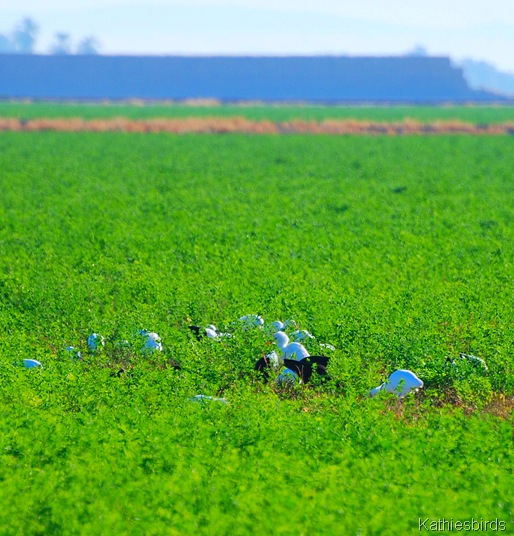 Egrets and Ibises all fed together. 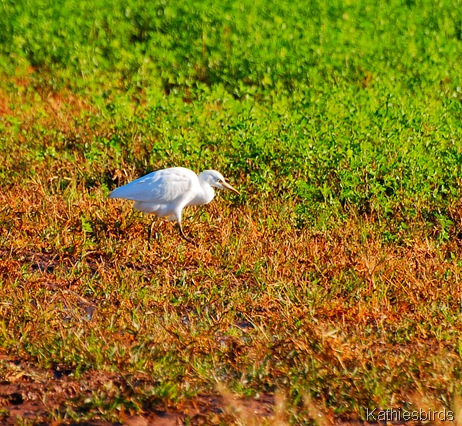 Cattle Egrets are smaller than Snowy Egrets or Great Egrets. They have short yellow bills and black legs, and their legs and necks are shorter than the other two species. In breeding plumage the their legs turn pinkish red and they develop rusty patches on their heads, and breasts. Unlike the other egrets, these birds favor open fields where they can follow tractors or cattle and eat the insects kicked up by their movements. Cattle Egrets are native to Africa and did not arrive in North America until the 1940’s to 1950’s after first migrating to South America. They are found mostly along the lower half of the United States from coast to coast. 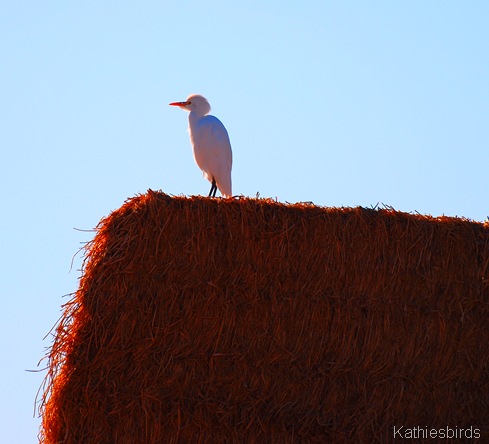 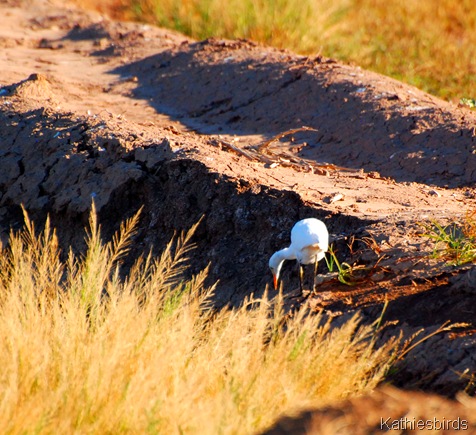 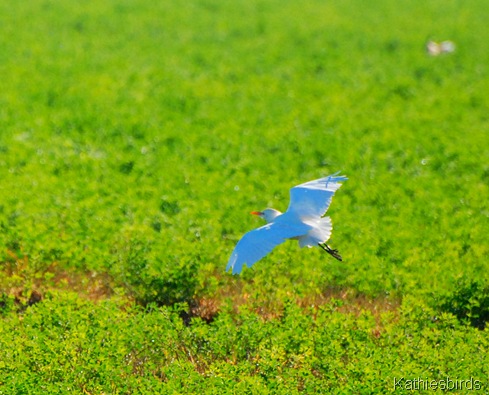 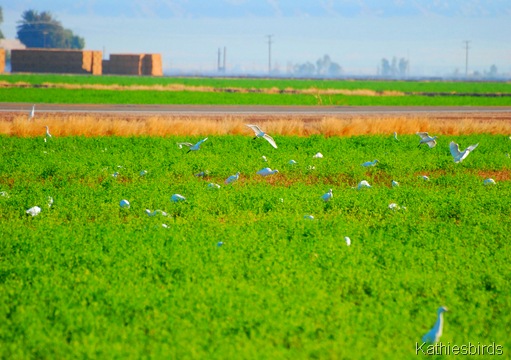 As I stood watching the birds I would see them rise and resettle over and over again. 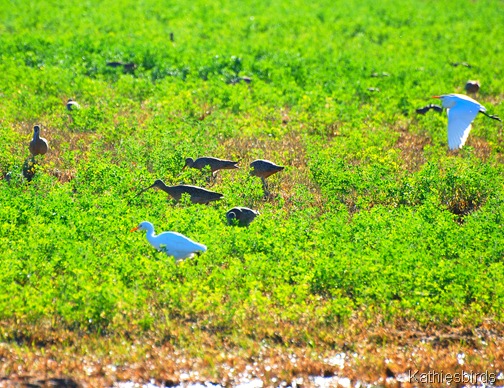 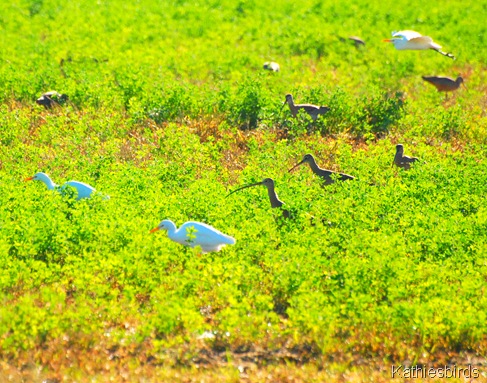 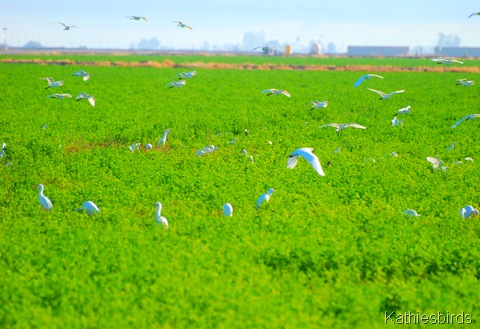 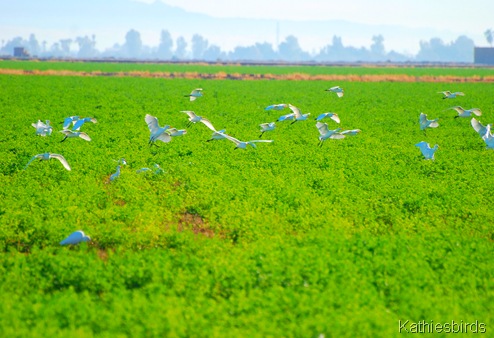 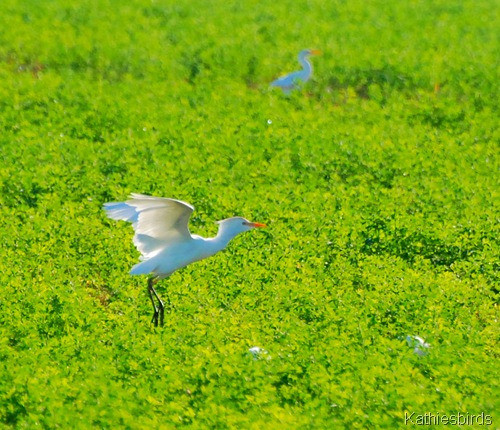 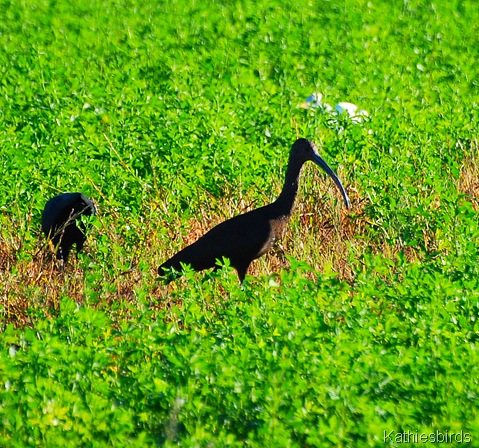 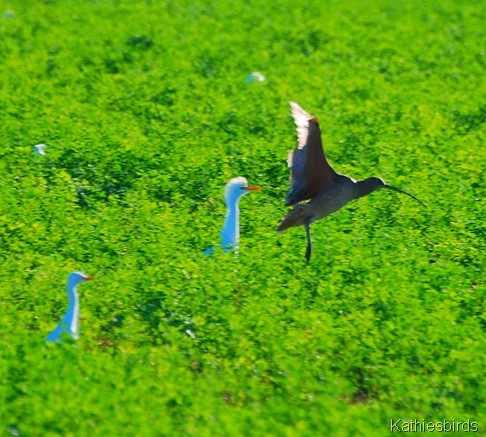 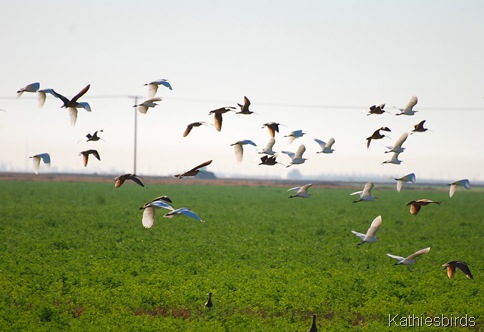 Why did they fly? 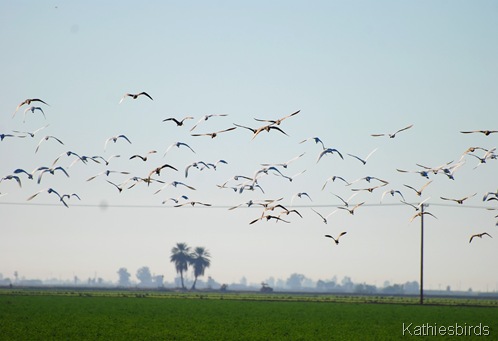 But why did they fly?

Come back to find out why on December 22nd!