Birding with my Blogging Buddies 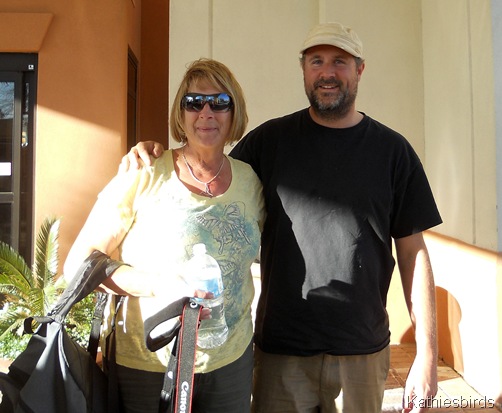 On March 2nd Chris and I met fellow blogger and birder, Cynthia Gabert White at a local coffee shop for a day full of birding. While Chris had the pleasure of meeting Cynthia earlier this year, this would be my first time to meet her in person, though I did already know her somewhat from her blog. After chatting a bit with her and her husband, Chris and I whisked her away and we were off to Sweetwater Wetlands for our first bird count of the day. All three of us belong to a birding group started by Dawn Fine called The Birders who blog, Tweet, and Chirp. We were hoping Dawn would be here this winter so we could convene a gathering of bird bloggers once again, but sadly, things did not work out. But, in a way, we were our own little group of BwBTC and we thought of and spoke of Dawn often throughout the day! Dawn, we missed you! 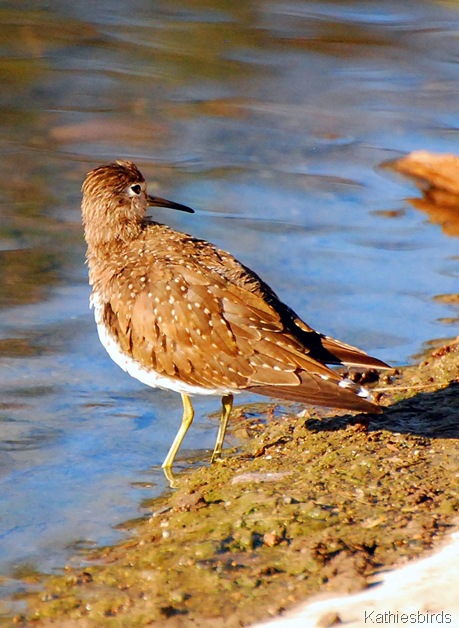 We barely parked the car and we were already seeing and hearing birds. Besides the birds, there were birders everywhere! It looked like it would be a busy morning. Besides seeing the regular species, we were on the hunt for a summer tanager that had been reported there, as well as a black and white warbler, which is far out of its range. When we saw a streaky little bird up in a tree near the bridge we thought we found the black and white warbler…until we got a better look at it! 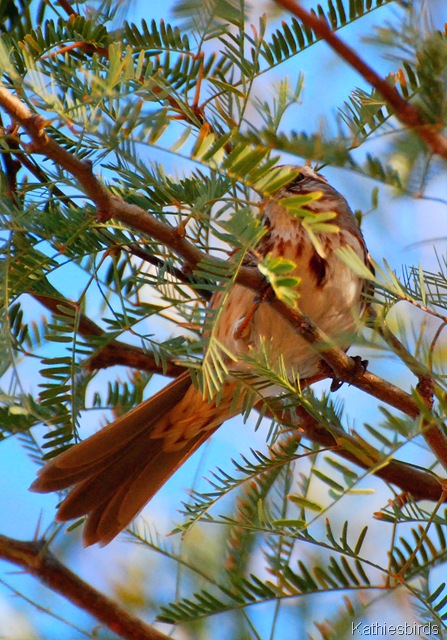 Only a song sparrow! 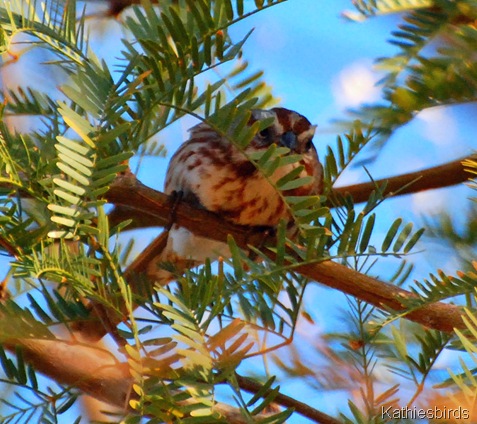 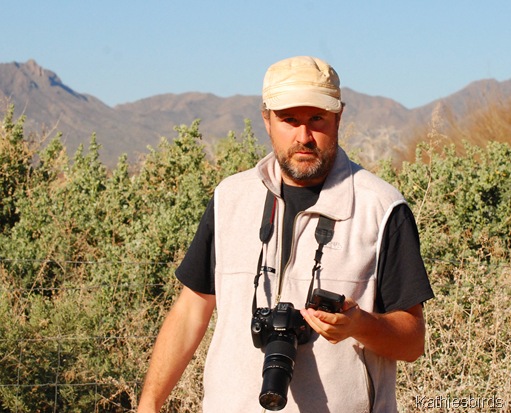 I think Chris and the song sparrow have similar looks on their faces! 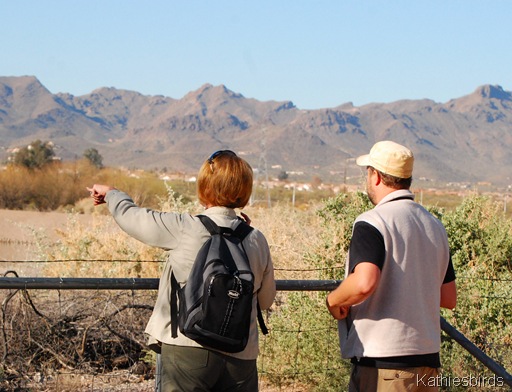 Cynthia and Chris looking at birds in one of the ponds.

Many times when I am with other birders I tend to step back and search for birds, then let them take the photos. Cynthia saw many new Life Birds today. We were all having a great time. 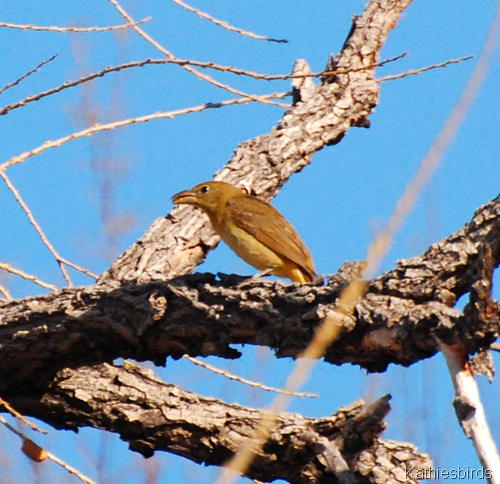 We soon found the female Summer Tanager on the east side of the park. The Black and white Warbler was in the same area and at times in the same tree as the tanager, but I did not get any photos of it. 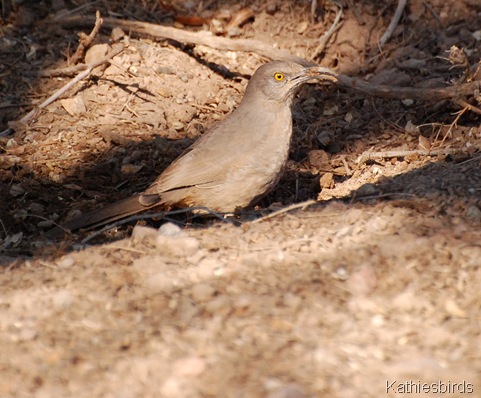 Further down the trail we found a Curve-billed Thrasher thrashing in the dirt! 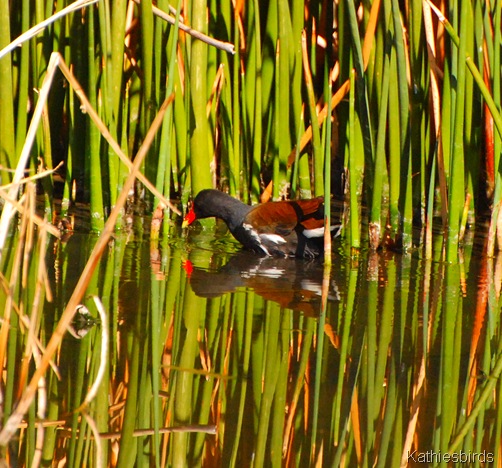 After wandering around the park for over an hour it started to get very warm and we were just about done when I saw a strange bird across the pond. While Chris and Cynthia stayed behind to chat with another birder, I went in search of the unknown bird. Left to myself, I did find this White-crowned sparrow up in a tree, which I find unusual since I am used to seeing them on the ground. It was our first sighting of a white-crowned for the day, so I sent Chris a text telling him to bring Cynthia over to this side. I never did find the mystery bird, which looked like a bunting when I was on the other side. 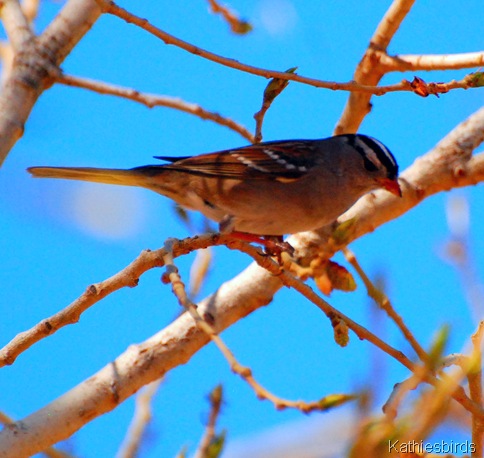 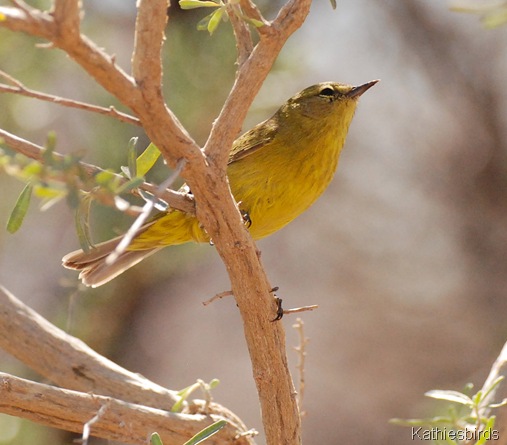 While I waited for Chris and Cynthia I photographed a very obliging Orange-crowned Warbler! 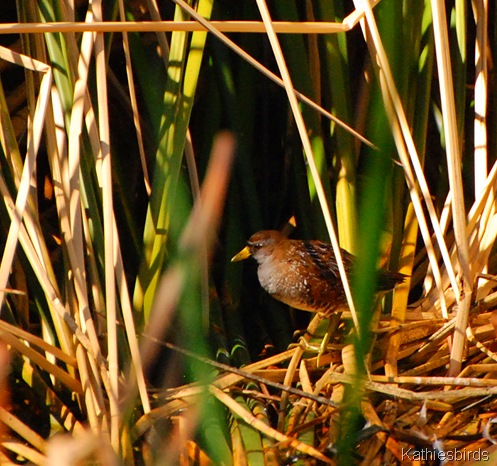 Then, in the reeds behind us we found a Sora!

After leaving Sweetwater we stopped for a quick breakfast, then headed for Saguaro National Park’s Rincon Unit on the east side, but when Cynthia said she did not have a good photo of a Vermilion Flycatcher we decided to stop at Reid Park on the way which is a reliable place to find them. However, since it was the weekend the place was PACKED! I mean Packed! People were waiting for parking spaces as a baseball game was going on in one of the venues. I grabbed one of the last ones and we trekked across the park searching for a vermilion. With all the people there they were a bit harder to find. With the temperature rising we were all hot and trying to bird by hopping from shady spot to shady spot. Finally, on our way back to the car we found the Vermilion! 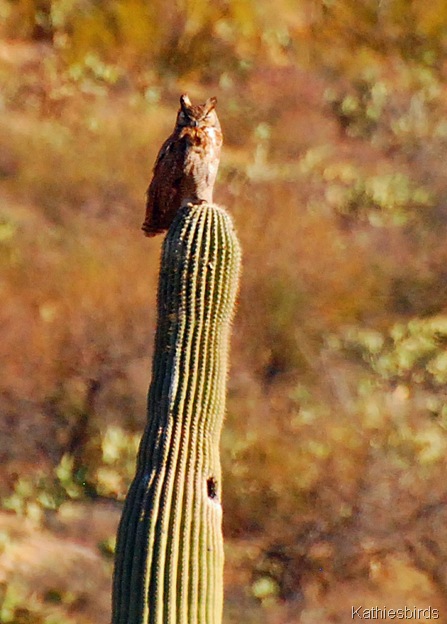 It was getting late in the day by the time we arrived at Saguaro National Park. We only had about an hour to bird before we needed to get Cynthia back to her husband in time for them to have dinner together, so we drove the 8 mile loop road quickly. On our way I spotted a Great Horned Owl perches atop a saguaro! I pulled over and we all hopped out to photograph it, but it was still quite distant from us and the photos weren’t the best, especially with the western sun shining so brightly on the bird. We then headed for the Javalina Picnic area, since Cynthia really wanted a picture of a Northern Cardinal, which she says she never sees in her area of Arizona. I can reliably find Northern Cardinals at the Javalina Picnic area and sure enough, we found three! Cynthia was in photographic bliss as she snapped away! Then, it was time to leave. We said good-bye in front of her hotel, then went on our way. It was a full day of birding and so much fun. I think we were all tired but I fear Chris and I wore Cynthia out! 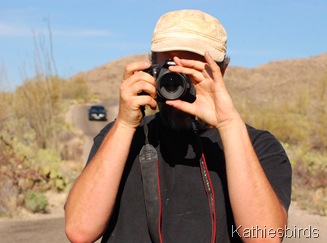