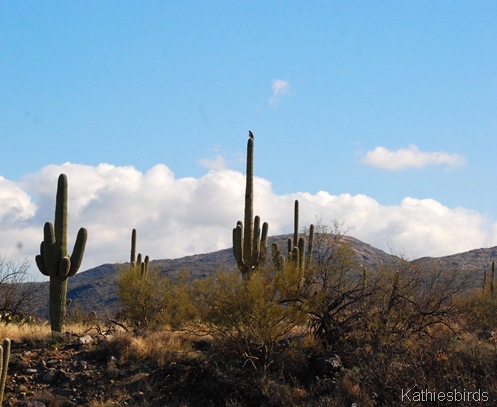 On a sunny Sunday morning I went in pursuit of the Crissal’s Thrasher’s song. It had called me off the road over 2 weeks ago on a snowy drive through Saguaro National Park, and now I was back with my birding buddy and friend, Chris Rohrer. If we could find the bird, it would be a lifer for him. We followed the loop road around to the Loma Verde Trail, then followed the trail down into the wash. 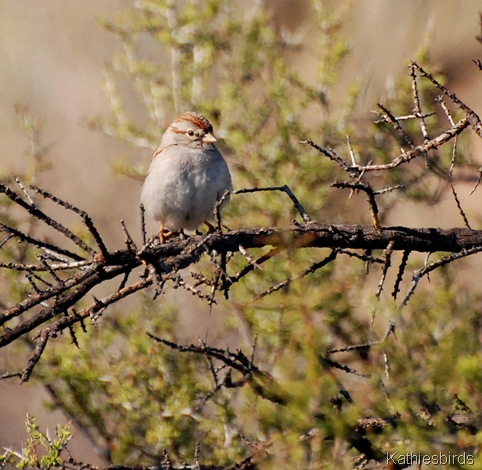 While Rufous-crowned Sparrows are always adorable…the Crissal was the prize! 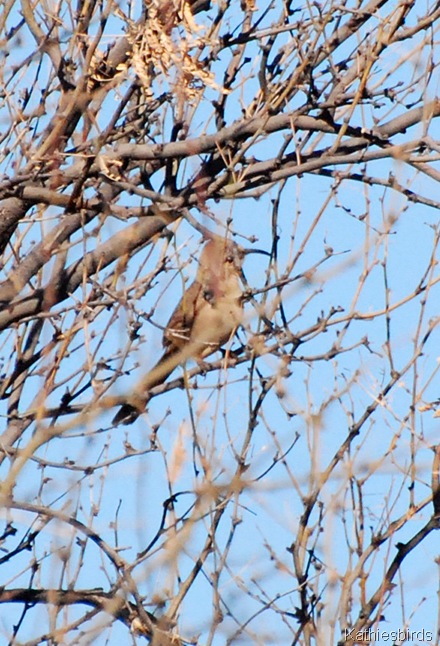 Down in the wash the gray bird sang from the top of a tree. Upon seeing us, it dove for cover, appearing farther down the wash from us. Chris moved through the brush in one direction, while I stalked form another. We both took our shots. His are better than mine, but we both got good looks and heard the song repeated over and over again. This bird just HAD to sing it seems! What amazed me most about this bird was the difference in behavior from the similar looking Curve-billed Thrasher. For one thing, it is incredibly shy. Every time we got close, it dropped to the ground, then emerged again at the top of a tree or bush. Not once did it call out the traditional “whit WHEET” of the Curve-billed. Its posture was more upright and its tail longer. The bill is not only de-curved, it also seems thinner to me. The twiggy brush always seemed to obscure the rufous under-tail coverts and the malar stripe, but that song was unmistakable and very different from the Curve-bill’s. It was this song that lured me off the road back in February and now we found the singer once again. 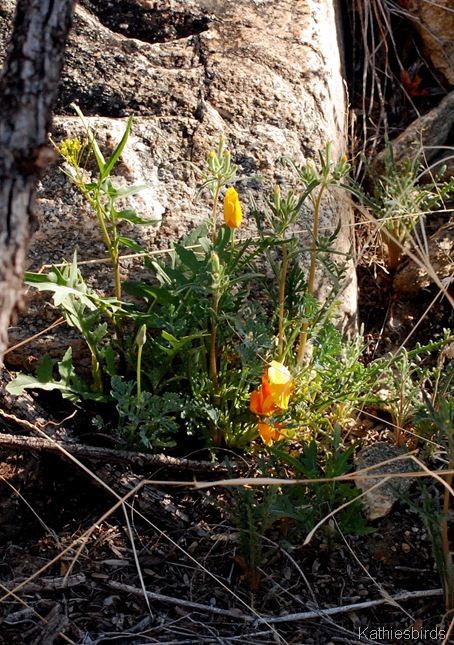 We finally left the bird and walked farther down the wash. We found the first signs of spring in the buds of these poppies growing along the edge. Soon they will open to the warming sun. We found a large flock of chipping and other sparrows in the tall dry grasses on the hillside. 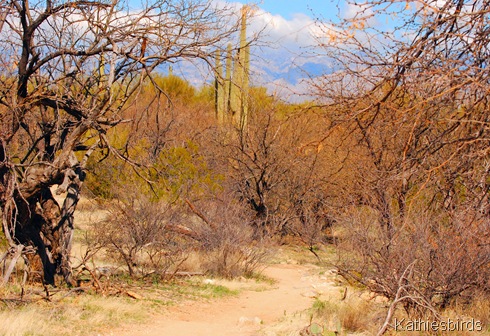 We followed the wash until it crossed the path back towards the car. Everything looked gray and scraggly except for the green of Palo Verde trees and the skins of the cactus. 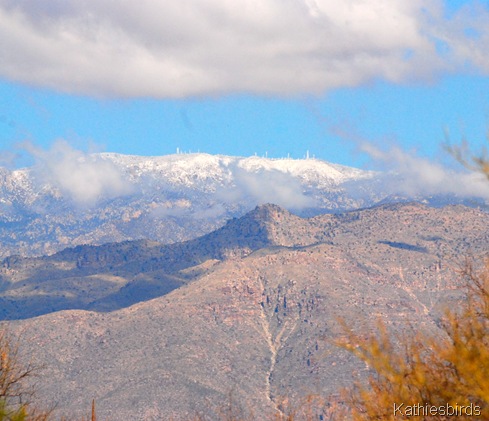 A glance towards the north revealed snow still atop Mount Lemmon. 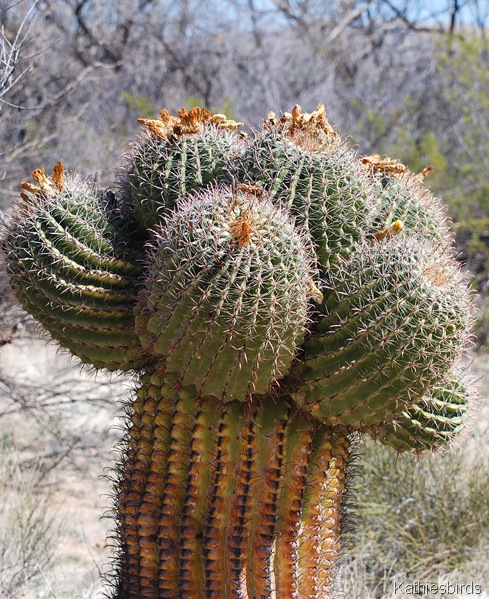 But this multi-headed barrel cactus still bent towards the warming sun. And every morning it wakes to the song of the Crissal Thrasher as the sun comes over the ridge.