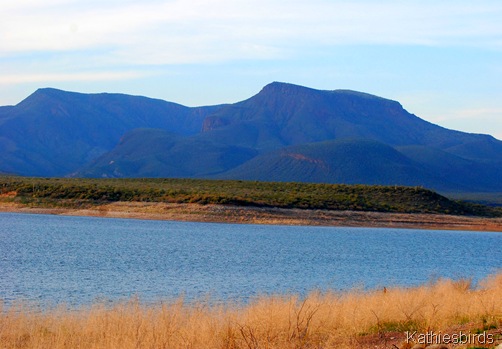 It was the middle of March when Chris Rohrer and I went on a birding adventure to Boyce Thompson Arboretum and Roosevelt Lake. It was after noon by the time we left Boyce Thompson, and by the time we stopped to eat lunch and then headed north it was after 4 p.m. when we arrived at the lake. I had always wanted to come back to this lake and go birding after Gus and I stopped by her eon our way home from an anniversary weekend in Payson back in June of 2010. Not only did I want to show Chris this marvelous birding location, I also wanted to get some birds on my Gila County bird list. I also wanted Chris to get birds in Gila County as well, since this would be his first time ever birding here. 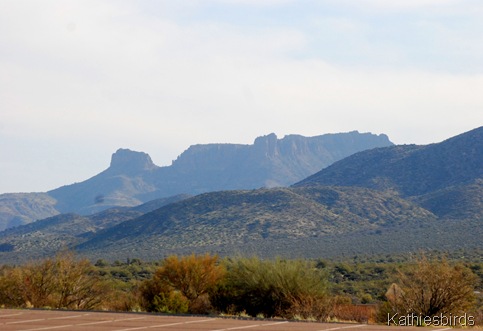 When we pulled off the road and into the first parking lot at a place called Windy Point, we were not disappointed. Blackbirds, finches and sparrows fluttered around the parking lot. Great Blue Herons flapped slowly over the water, while Vultures and hawks soared overhead. In the surrounding brush we saw and heard Gambel’s Quail. And to make it all perfect, there was nobody around. We practically had the place to ourselves. It was Birding Bliss! 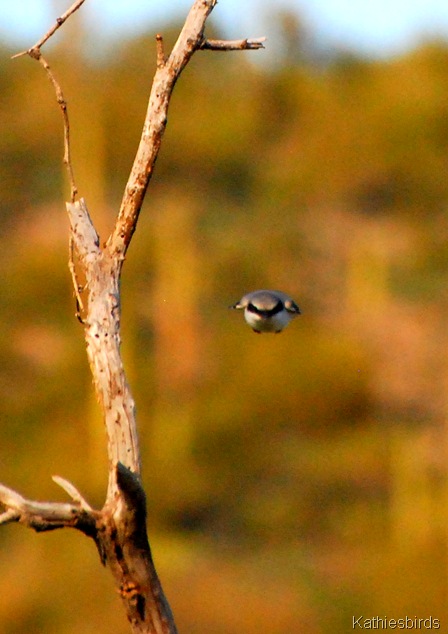 I must have been very tired by now, because I did not take many pictures though I have so many memories of birds in my head. Also, many of the birds were out of range and the photos were not very good. When I get tired I tend to focus more on identifying what I am seeing, instead of photographing it. As I drove along the road I spotted a Loggerhead shrike in the brush along the way. After stopping the car I got out to take a shot of the bird only to have  it fly directly towards me like a bullet! While it’s not the clearest shot, I liked it anyways. We saw quite a few shrikes at Roosevelt Lake. 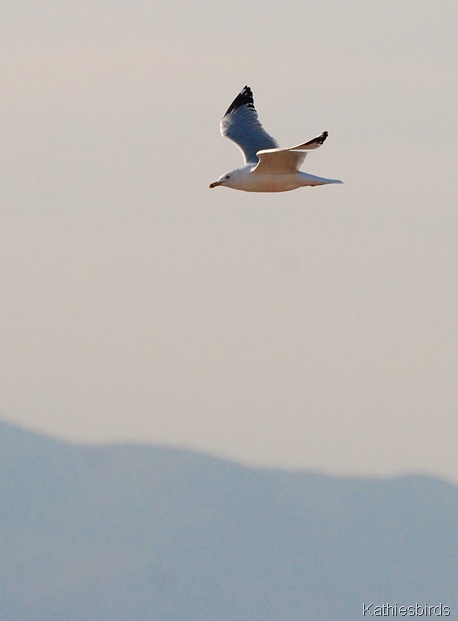 One of Chris’ goals was to get a Ring-billed Gull on his Arizona Life List. Chris is much better than I am at researching what birds he might see at a certain location and he already knew that the gulls had been seen her. Me? I fly by the seat of my pants and take whatever falls into my lap. The road at Windy Point winds down past several parking areas and water access points and camp grounds. By the time we got to the last parking area it was on a point of land where we could see water all around us. It was here that we found our gulls. Chris was in heaven. He was also tired at this point but when he saw the gulls his energy went right back up and he was engaged in the process once again. I now knew that he had found his Bliss. 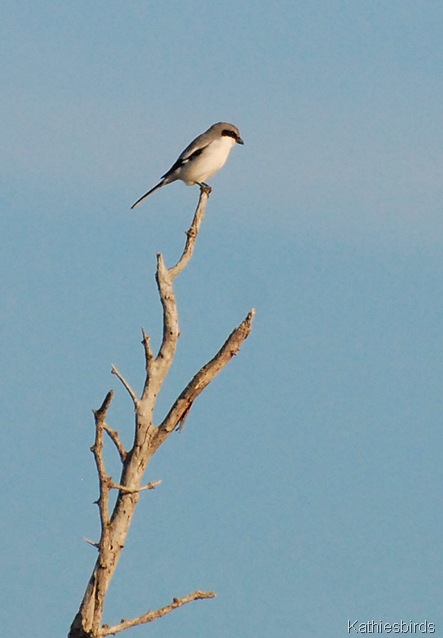 The sun was swiftly sinking in the west and a cool breeze wafted over the blue water. I wanted us to get all the way to the Roosevelt Bridge but it was soon apparent that we would not make it that far tonight. Chris and I got into the car and drove just a wee bit farther north to a spot called Cottonwood Cove and were once again overwhelmed by the amount of birds we were seeing. In a tall tree near the parking lot cormorants and herons had a rookery going. In the grass around us numerous sparrows flitted about. We found a vermilion flycatcher in a nearby tree. Chris and I ran off in different directions pursuing whatever caught our fancy! As colored filled the sky the sounds of herons and cormorants permeated the air. Shadows deepened to purple. Vultures drifted overhead. It all felt so magical and in such contrast to the hot, sunny, crowded morning. It was balm for out souls. I saw a different sparrow in a bush near the parking lot. In the gloaming I trained my binoculars on it trying to identify what I was seeing. To my utter surprise, in this wild place, I found a female House Sparrow! Oh well, that made just one more species for this list! 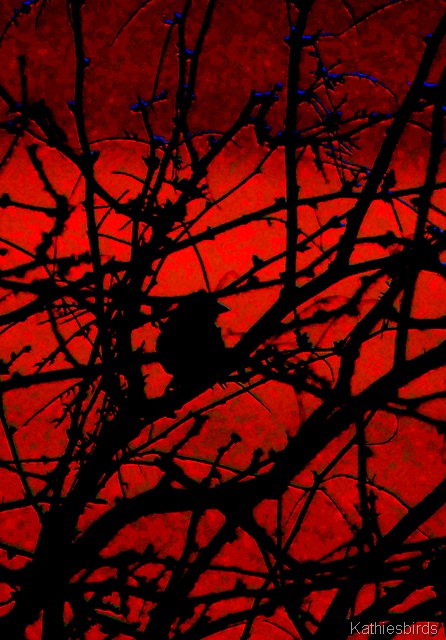 With darkness now upon us, we got in the car and headed for Tucson, a long, three hour ride. We were both spent but happy. We stopped once along the way for coffee and a snack at the only place that was open in Globe: a Safeway grocery store! It was while we were on highway 79 between Oro Valley and Florence that we got the final bird of the day when  Great Horned Owl flew right in front of my car! Since I was driving, Chris logged it into eBird for us on his BirdLog app. It was a long day and near midnight when I finally pulled into my driveway, but I was not sorry. Though I like Boyce Thompson Arboretum, I would have to say that Roosevelt lake was my favorite experience on this day, and I cannot wait to go back. I know I have only scratched the surface of the birding possibilities there! I suspect that once summer arrives, it will be quite different with all the people on the water and camping, but for the month of March in spring, it was truly Birding Bliss!

Note: Bird species are listed in the order of first sightings. Bold lettering denotes birds seen at a new location. Some species were seen at all locations.