JFK, The Day After- a guest post by Gus

The day Kennedy was shot I was 2 weeks away from my 11th birthday.  I remember the teacher coming into the class. She was very upset and told us the school was closing and we all could go home.  I really don’t recall if she told us why or not but it was a very chaotic scene.  The rumors were running rampant as buses were picking up classmates and I began walking home with other students.

When I got home my mom was watching our little black and white TV.  She began to explain to me what had just happened.  But the thing that stuck in my mind was my mom had tears in her eyes and I don’t remember ever seeing her cry.   Even when her twin sister died of cancer she hid her emotions from me. 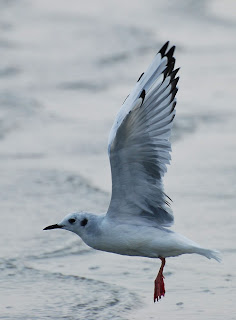 But it wasn't until the following day I realized the full impact of the day before.  My dad was in the Navy and just the two of us were heading to the Submarine base.  I don’t recall why we going to the base that day but it was a very somber ride with my dad.  For as long as I could remember every time we passed through the gate at the front of the base there were two Marines checking badges of the occupants of each vehicle heading into and out of the base.  During the early 60's the Marines were always in dress uniform while on gate duty. To me, at age 11, the Marines were like gods!  In their dress uniforms and wearing white gloves they were the epitome of strength, grace, goodness and protection.   If you happened to be going through the gate at sunrise or sunset when the Flag was being raised or lowered the Marines, just by raising their hand, had the power to make all traffic entering or leaving the base came to a complete halt.

But that day, November 23rd, the day after JFK died what I witnessed changed me forever.  As we approached the gate the first thing I noticed was the Flag at half-mast.  As my dad and I slowed to enter the base the Marine on duty lowered his and looked inside to verify my dad’s Navy badge as I’d seen them do hundreds of times before.  But this time, as I glanced over I saw this young Marine staring in at us and something very disturbing was going on.  I didn't believe was it was possible.   He had tears streaming down his face.  His eyes were all red and I could clearly see the pain in his face.  He didn't say anything yet his face expressed the look of wounded soldier.  He just waved us through like any other day.  In that moment my world lost all tranquility and innocence.

As I was telling this story to my 35 year old son a couple of days ago I was overcome with a flood of emotion of what happened on that day fifty years ago, November 23rd 1963.