Notes from my Nest: New Yard Birds and other Backyard Dramas 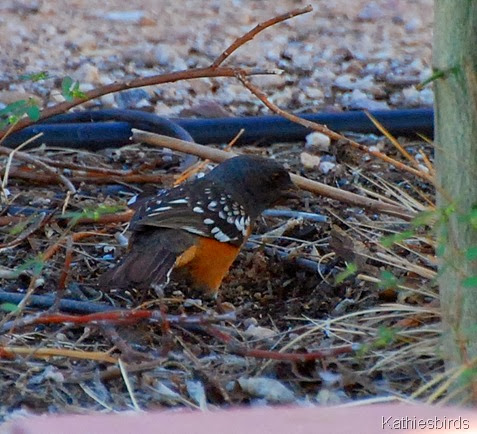 Last month was an interesting month in my back yard with several new species added to my Tucson Yard List. I was surprised to find a Western Towhee when I was leaving my house on October 2nd. It was kicking up the duff underneath a front yard bush. I did not have my camera or bins in hand but it was so close that I clearly saw it. I also quickly went back inside to grab both and re-found the bird in the backyard under the orange tree. The bird was in the shade which made for poor photos. This is the best of the lot. 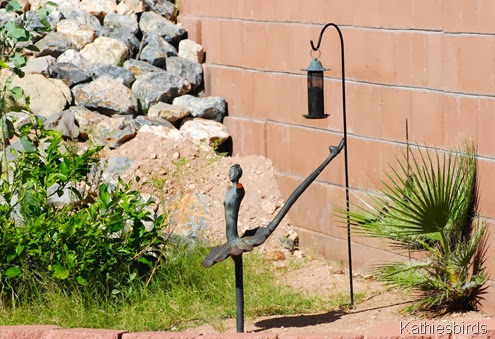 Chris Rohrer and I went birding one Saturday morning and when I came home I was surprised to discover this big pile of dirt in the back yard. It had not been there earlier in the day when we sat outside watching birds and drinking coffee on the patio, so whatever creature created this monstrous excavation did it in a very short time! 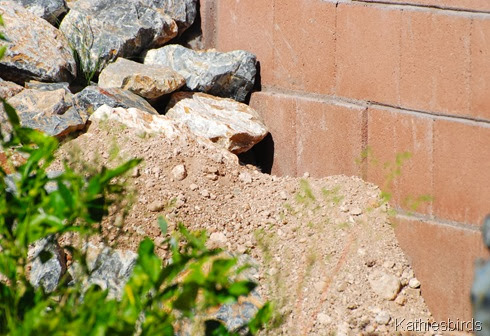 What lives in here???

I found out a few days later. 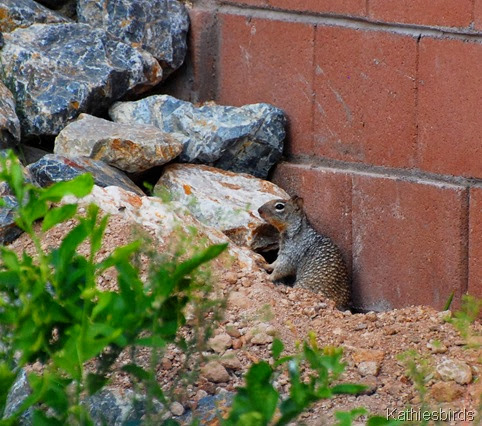 This creature is very shy and very fast and runs for cover at the slightest sound or motion. I did see it climb the orange tree one day to nibble on a seed cake I had hung for the birds but I have never seen it up there again. I hadn’t seen it for days, then one day I saw it disappear into its den once again. 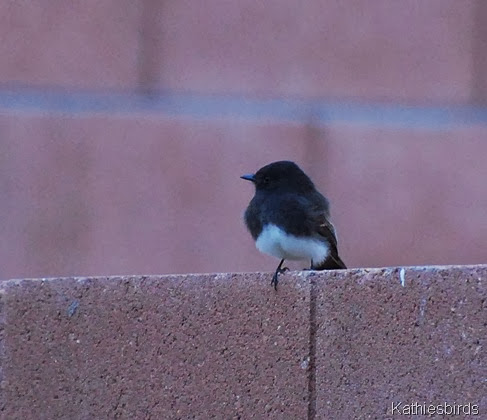 The morning of October 10th was wild, windy and stormy. Heavy gray clouds hung over Tucson and a wild wind blew strong over the town. I went out on my balcony to count the birds and watch the wind and was so surprised to see a trio of Vaux’s Swifts riding the wind currents! A few minutes later a rough-winged swallow flew overhead. Then I heard a new bird call and looked to see a Black Phoebe in my yard! I got three new yard birds in one day! Later in the day I went out to do errands and found White-throated swifts flying over the parking lot at Spouts on Broadway and Pantano as well as at Michael Perry Park where I stopped to count birds on my way home. Later I found another White-throated swift flying over a friends house. Storms are known to blow in all kinds of birds. 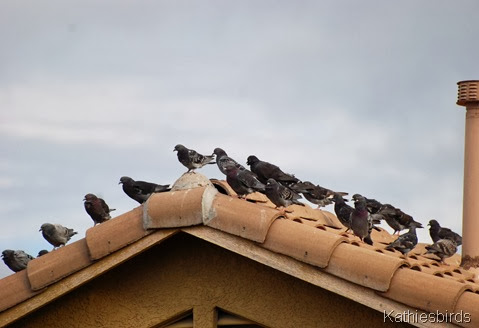 These pigeons used to hang out on this roof and catch the morning rays all the time but since the Cooper’s Hawks have been hunting my yard on such a regular basis I rarely see them here anymore, though they are still in the neighborhood. I see Cooper’s hawks so often that I almost never stop to photograph them anymore. One day recently I had two adults and one juvenile in my yard all on the same day! 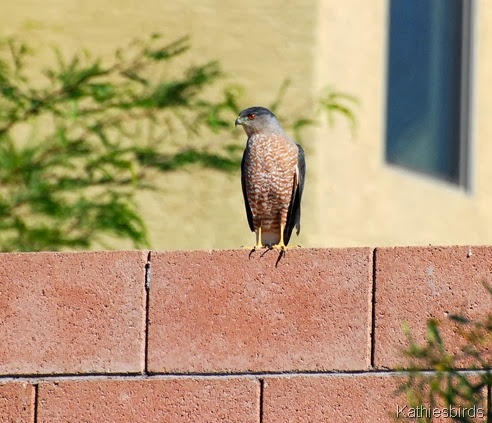 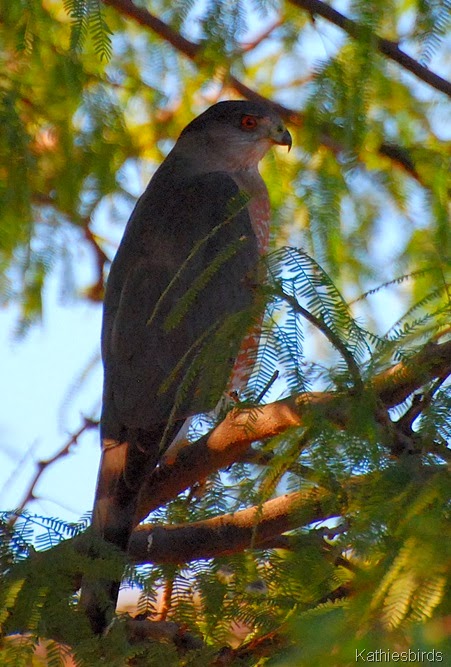 But then, on October 30th I was sitting outside on my patio with finches and doves feeding serenely and hummingbirds buzzing around. suddenly there was a bird explosion and I saw a small raptor drop, twist and turn and snatch a finch out of mid air! It landed on the ground not more than six feet behind me, but when it turned and saw me it took its prey and flew up into the same mesquite tree in my neighbor's yard. I managed to sneak back inside and grab my camera and s-l-o-w-l-y open the sliding door. I stepped out cautiously and found the bird in the foliage and was able to snap off a few shots before it got nervous and moved to a different tree. I though sure it was a merlin, but after offloading these photos I am having my doubts. 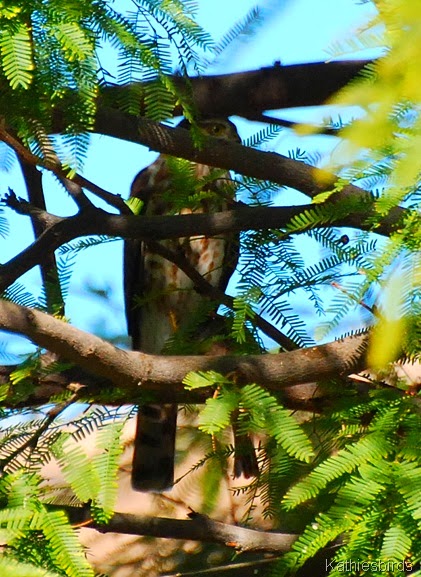 Though you can see the eye line in this shot, the bird does not look dark enough or compact enough. If you look closely you can see the dead finch hanging down from the branch where the bird has it clutched in its talons. 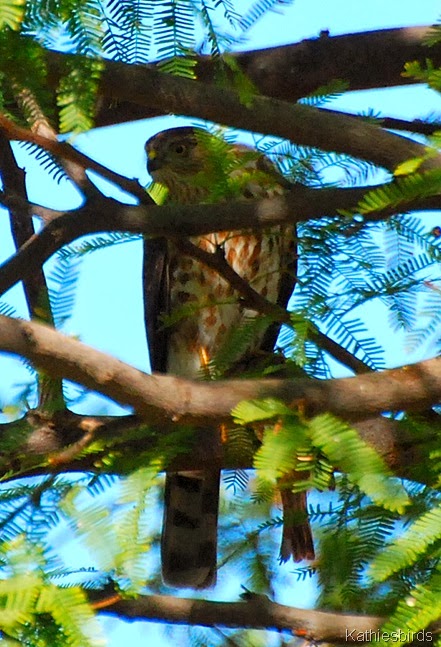 In this shot I do not see the faint “whisker marks” that are usually seen on a Merlin, plus, this birds legs look long and skinny. Merlins are compact birds with short legs. In the photo below you can also see the white eye lines which is what throws me off, but it seems that juvenile Sharp-shinned hawks can have this eyeline. The vertical stripes on the breast indicate this is a juvenile or a juvenile in transition to adult plumage. Adult Sharp-shins and Cooper’s Hawks have horizontal barring on the breast. If you have any opinions one way or another I would love to hear them! 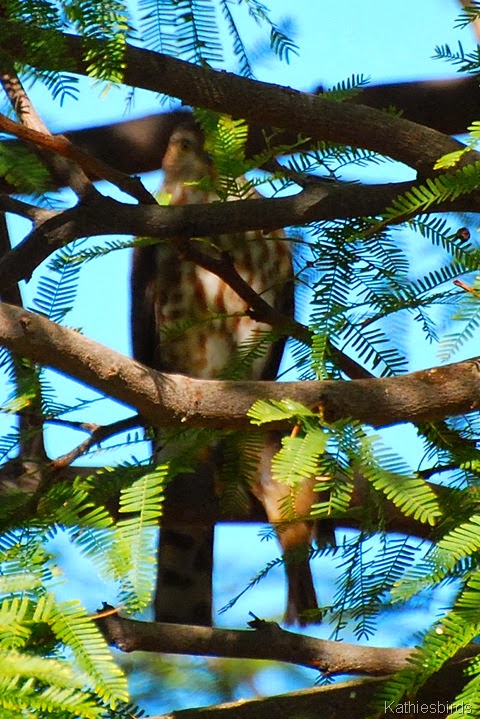 The cooler Autumn temperatures have caused my roses to bloom once again. Their color and beauty are a welcome sight in the back yard! 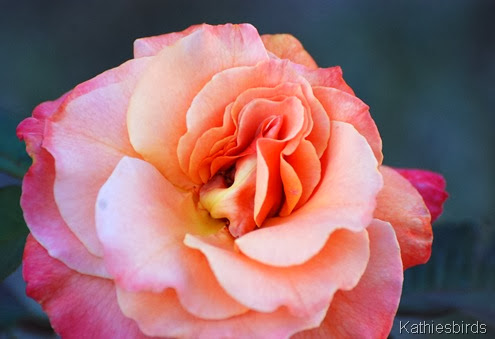 I have been birding, birding and birding. While it’s fun to go out and find the birds, it’s also fun to see new species in my own back yard. On November 6 a couple of Savannah Sparrows stopped by the backyard briefly in the morning. Just two nights ago I couldn’t sleep and was up watching TV around 2 AM. Suddenly over the sound of the TV I heard a pair of Great Horned Owls calling to each other in the night. This is their mating season and they love a full moon. I muted the TV and listened to them call for over 10 minutes. I did grab my bins and try to see them on the rooftop but my the birds were somewhere out front and my view was mostly blocked by the mesquite trees in the front yard. The Yellow-rumped warblers have returned and I see at least one every day and once in awhile I see a kestrel hanging around. But, those darn Cooper’s Hawks render my back yard silent at times and I miss the happy chatter and twitterings of my regular yard birds. 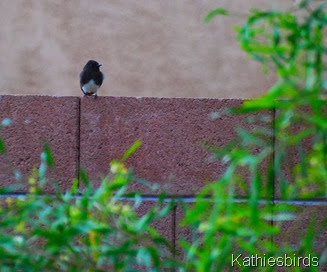 New Yard Birds since the end of September:

You can see the complete list of My Tucson Yard Birds in the side bar.