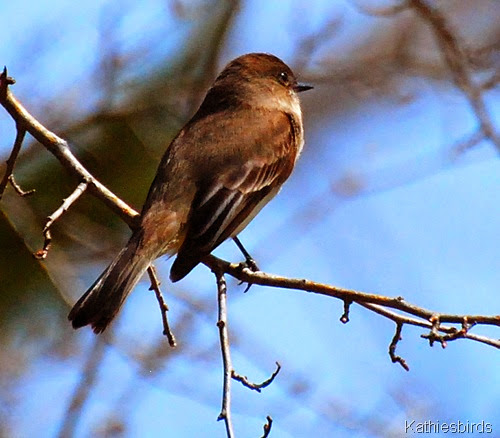 It seems when the Eastern Phoebe’s arrived, they arrived all at once, because suddenly I was hearing them everywhere! They first showed up in my yard on April 7th as species #41 on the Yard List. Later I counted them all over Brunswick, Bath and Norridgewock, Maine, and at Reid State Park. However, after having them as almost daily yard birds, I had not seen one in awhile until this morning. I love to hear their voice and see them doing their flycatcher thing. I hope they will stay around here for the summer! 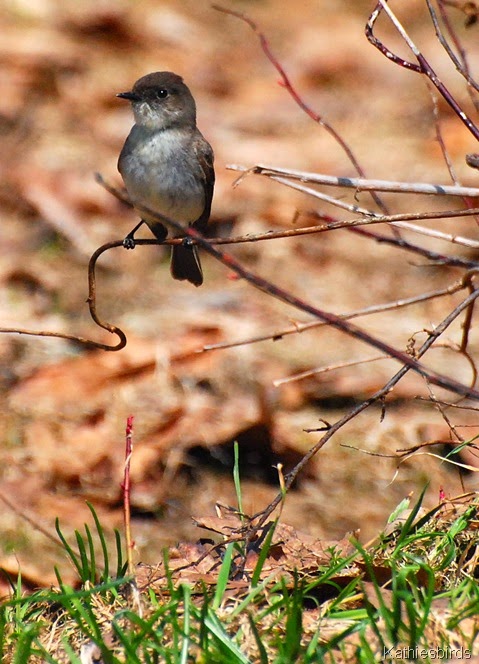 Believe it or not, I did get brave and put out some meal worms in a feeder, but so far I have only seen chickadees eating them! The Mere Point Yard List Continues to grow and yesterday I added 5 new species with a Yellow-rumped Warbler #56;  Red-bellied Woodpecker at #57; a Yellow Warbler, #58; Black and white warbler, #59; and a Pine Warbler, #60! Then this morning I saw my first chimney swift flyover! I am still waiting to see a catbird in this yard and I am hoping I will get to see even more warblers here. This morning I saw a small flock of yellow-rumps pass through and I was hoping to get a photo of them, but they were so high up in a tree and backlit against a gray sky that I did not even try.

I saw the Red-bellied woodpecker and the Yellow-rumped warbler out my windows but I may never have seen the Yellow Warbler if it weren't for a Cooper's Hawk that crashed into my window feeder trying to capture a Chipping Sparrow! The hawk dropped below the window frame so I grabbed my camera and bolted out the door. While I could not find the hawk, there was so much bird activity in the yard that I crept around the corner of the house and leaned against the corner trying to blend in and photograph birds. I saw chickadees and goldfinches, cardinals and house finches, and then a bright yellow-green bird landed in a nearby evergreen, then flew across the yard. I finally got my bins on it in the briar tangle at the edge of the leech field where I saw it was indeed a Yellow Warbler and not just another goldfinch! Then a Ruby-crowned Kinglet flew into the same spruce tree the Yellow Warbler was in. Overhead an Osprey flew by and while I was following it with my bins a Red-tailed Hawk came into view. I am starting to think I will never get anything done if I don't close the curtains on my windows! Later, in the evening it was while I was trying to watch TV with my husband that I saw movement out the picture window. I always keep my bins nearby, so I raised them to see what caused the movement. The first bird I saw a a Black-capped chickadee, but then right below it was a Black and white Warbler! By then I had stood up and moved over to the window where I continued to stand for the next hour watching birds. My efforts were rewarded when  Pine Warbler flew down to the suet feeder and gobbled up a few mouthfuls before moving on. All I can say is: Keep those yard birds coming!

I can't help but wonder: Will this be the yard where I finally reach 100 species? 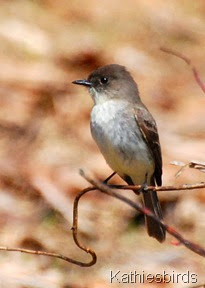