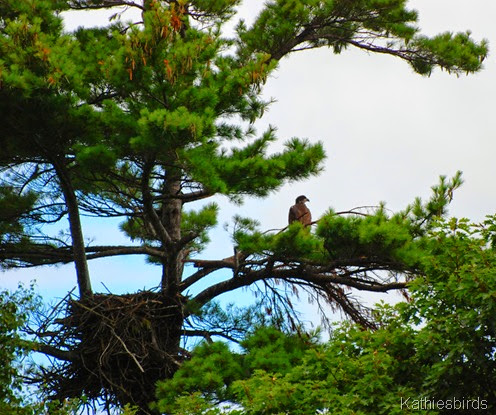 Ever since moving to Mere Point in February I have been aware of the Bald Eagles which live on my road. In spring I started seeing them fly over the house. Later, I learned about the eagle’s nest in a pine tree overlooking Maquoit Bay. Often I would see the Eagles as I drove to town and back. One day one flew right in front of me and landed on something in the open field beyond. The eagle stayed there on the ground as I drove by. Over the course of the summer I saw one and sometimes two adults in the nest or hunting for food over both Mere Point and Maquoit Bays. Eventually the chicks hatched and fledged until one day I saw four eagles in the tree all at the same time! I did not always have my camera with me when I drove by and often there were cars coming, so I could not stop in the middle of the road, but finally one day in August all the stars aligned and I got a shot of one of the juvenile sitting on a branch near the nest. Since then I have continued to look for the eagles but I have not seen any in this tree again. However, I am still seeing both adults and juveniles flying over my yard on occasion. It will be interesting to discover if they stay for the winter, or move south. 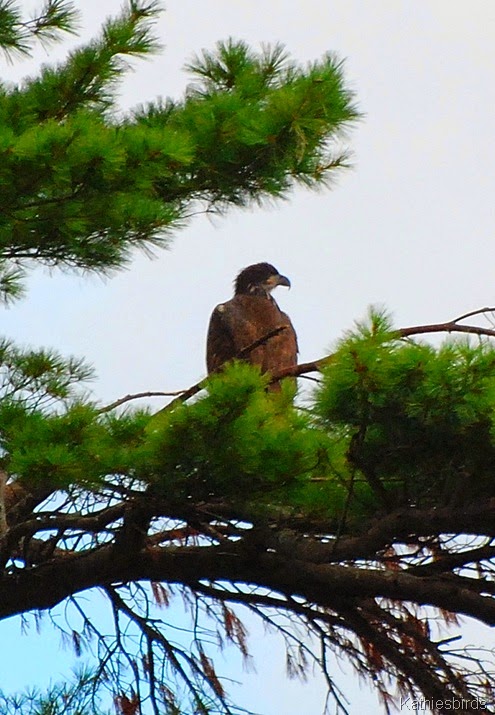 On another note, I was inspired by a friend’s blog post to write a poem about butterflies. Many of you know how pesticides are affecting so many creatures in our environment. Monarch butterflies used to be common in Maine. Now they are rare. My friend, Roy, likes to photograph butterflies in England. His recent post and the comments contained therein revealed that even in England pesticides are having their effect on these fragile creatures. Years ago the choice was made to ban DTT from use as it made the shells of eagles, peregrine falcons and osprey so fragile they would break before the chicks matured and hatched. People all over the world made the right choice and saved these birds from extinction. Now it is time to do the same for butterflies and bees. My Mother happens to love butterflies and they inspired and encouraged her when she was going through chemo for her breast cancer two years ago. I just returned from visiting her for the weekend and she is doing well. Let’s hope there will still be butterflies in her future as well as ours.

Here are the Links to Roy’s blog and my poem I wrote in response to a comment that was made: