Peeps at the Boat Launch 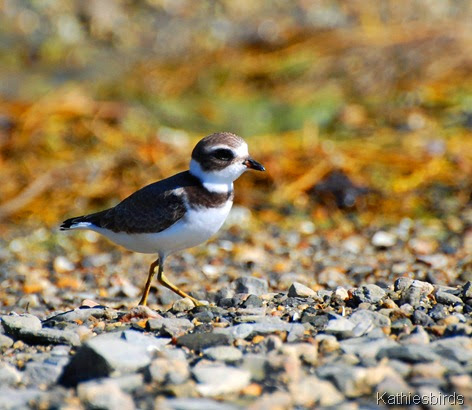 Semipalmated Plover in the cove at Mere Point Boat Launch

Ever since I moved to Mere Point I have been counting birds at the Boat Launch. Every time I go there I would look for “peeps,” those tiny little shorebirds we all like to see when we are near the ocean. Yet all through winter, spring and summer I never saw a one…until fall migration. You can only imagine my surprise and delight when I went down to count birds on September 3rd and found the little cove next to the boat ramps filled with peeps! Until then I had only seen Great Blue herons and Snowy Egrets in the shorebird category. Then, on the evening of August 22nd, I saw my first Spotted Sandpiper out on the rocks. It flew in low over the bay, landed brief on the rocks, then flew away again. 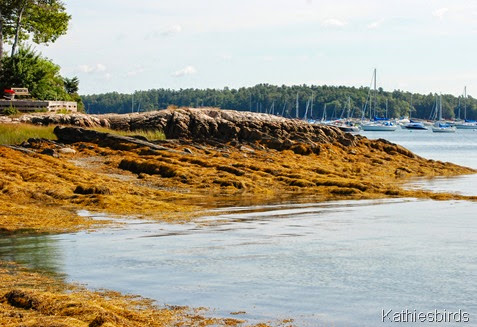 But, on the morning of September 3rd I went down mid-morning to count birds. I was so surprised to find my own little cove filled with peeps! The tide was going out and the first bird I saw was a much larger Greater Yellowlegs feeding along the tide line in the cove. 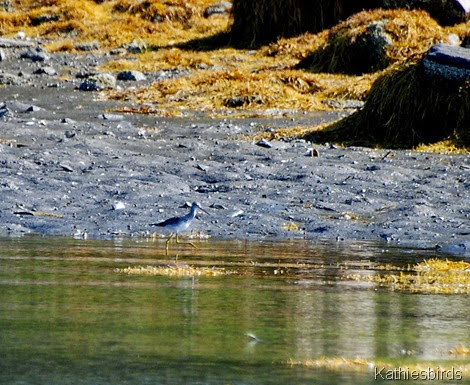 Already a good bit of the mudflats was revealed. 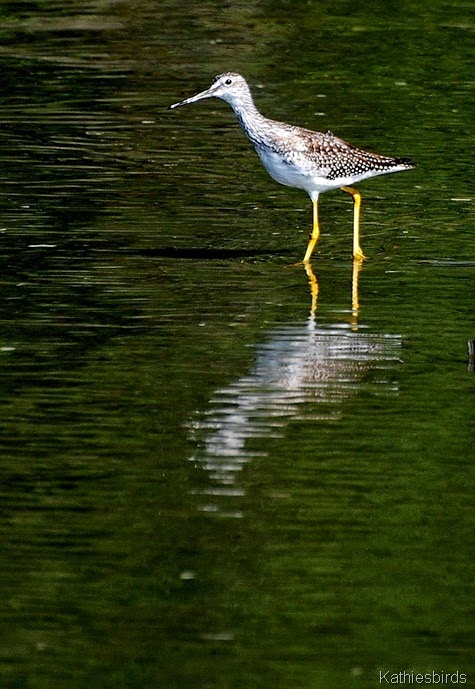 The Yellowlegs used its long legs to wade into the water.

Then I noticed the peeps. 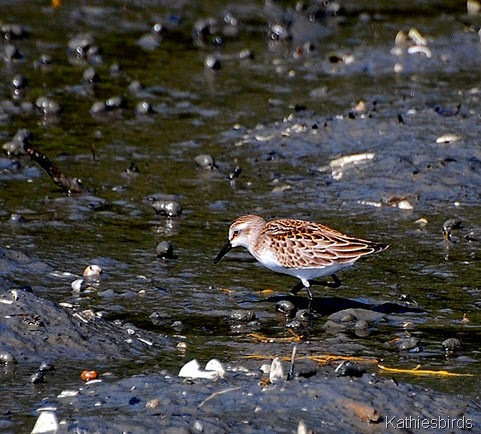 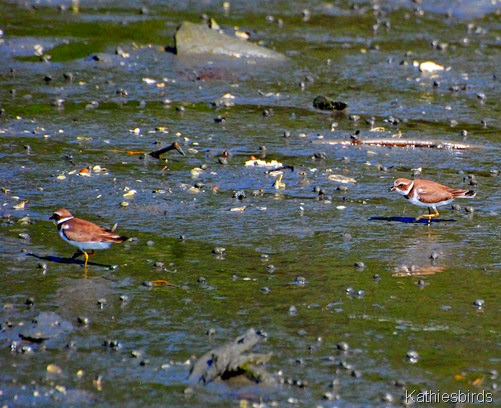 Then the Semipalmated Plovers drew near. 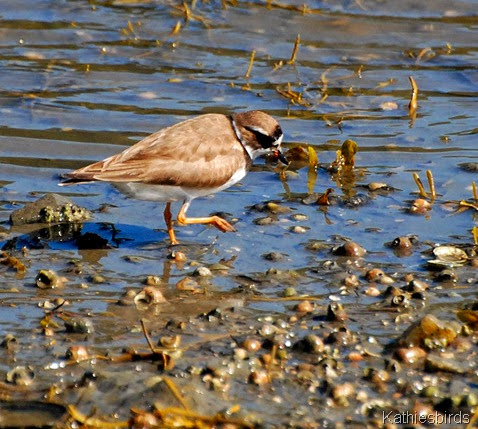 I love the way they lift and fold their feet while feeding! 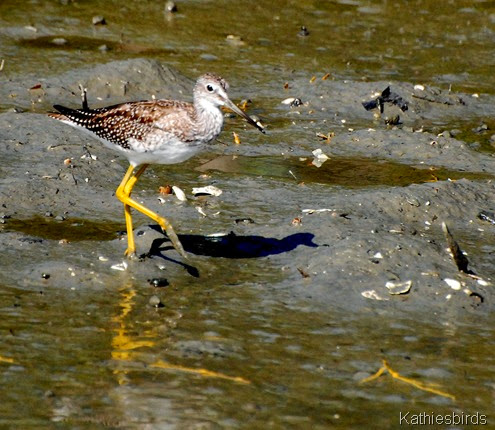 The larger Greater Yellowlegs does this as well.

Later in the month I also found a Lesser Yellowlegs in the cove.

We have both species here in Maine. As the tide continued to recede more and more of the rocks were revealed and for the first time ever I went out on the rocks. I wanted to get closer to the birds and get better pictures. I soon learned I need to find out how to photograph birds in such reflective conditions. Plus, my lens is still doing that chattery thing, so sometimes it just wouldn’t focus right. Still, I did get proof I saw these birds! Can you find the peeps in this photo?

There are 4 in this cropped shot, but there were many more running around on the rocks and in the mud! The Semipalmated Sandpipers and Semipalmated Plovers seem to like hanging out with each other. I often found them together. 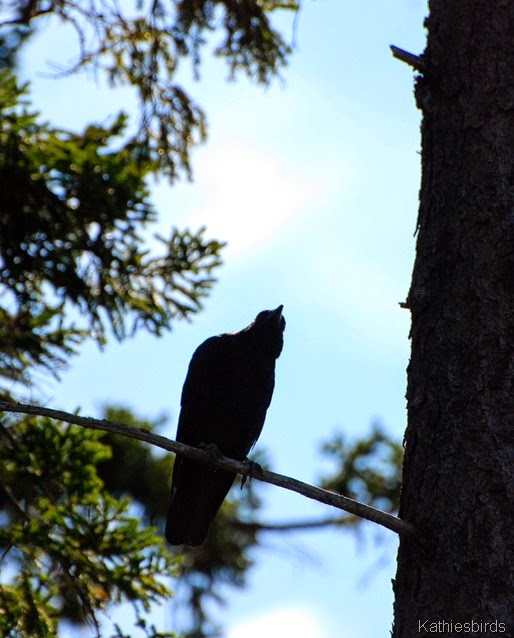 Whenever I am at the boat launch counting birds I am usually being watched by a crow high in an Eastern white Pine. Sometimes the other crows are feeding down on the rocks in the eel grass as well! 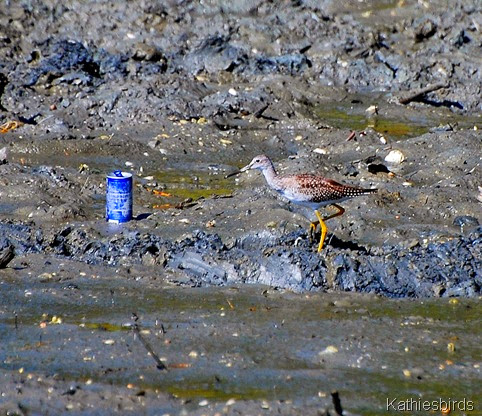 This soupy mud intimidates me, but not the Greater yellowlegs!

You can see its size in comparison to a beer can someone left behind! 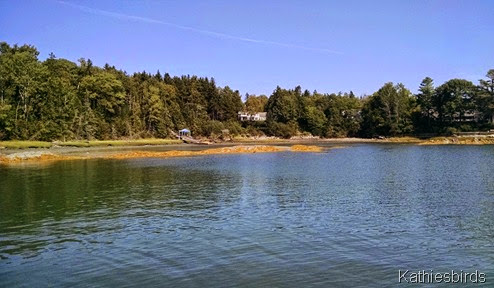 This is a view of the cove as seen from the end of the floating dock. 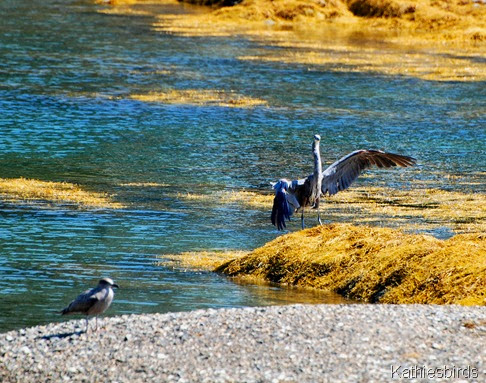 On September 5th the inevitable Great Blue Heron flew in. 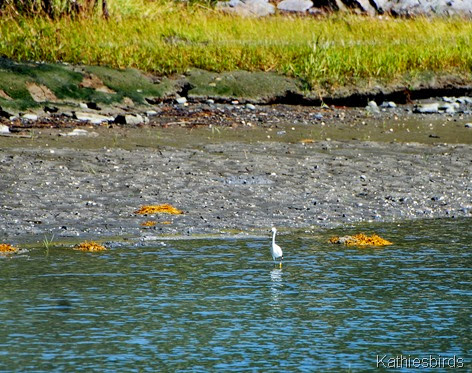 It was soon followed by a Snowy Egret. 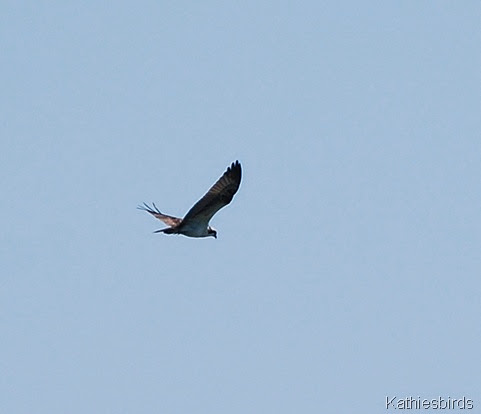 During the summer I often saw osprey flyover the bay.

This one flew over when I was counting birds for World Shorebirds Day on September 5th. I was so glad to finally add some shorebirds to my Mere Point Boat Launch bird list! All the eel grass has turned brown now with the colder weather and water temperatures and I am now searching the rocks for a Purple Sandpiper! I will let you know if I ever find one here! 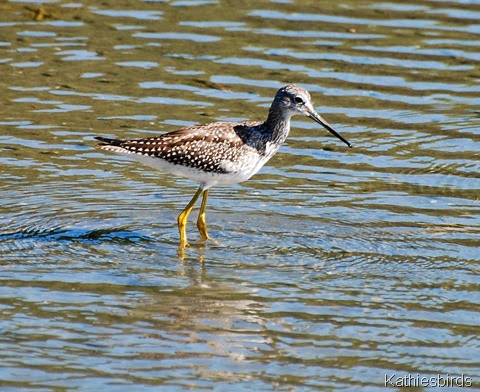 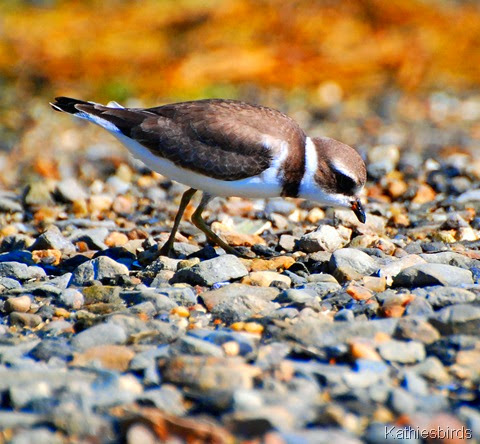 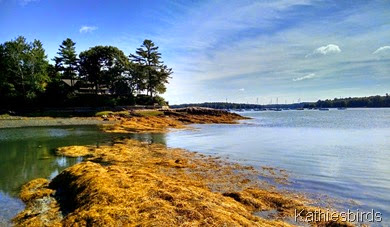