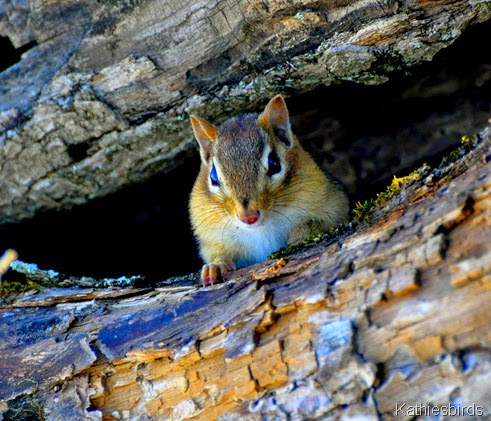 Now that the grass is green and the leaves are out so are all the critters! But even in winter and early spring I still saw a few now and then. This little chipmunk peeked out at me one day when I stopped at Bay Bridge Landing Park. Though it was technically spring the river was still frozen and the snow was still deep on the ground! It peeked out at me from this log alongside the trail. We were both hoping for sunshine and no snow I think! Now my yard is full of chipmunks scarfing up seed from beneath my feeders! 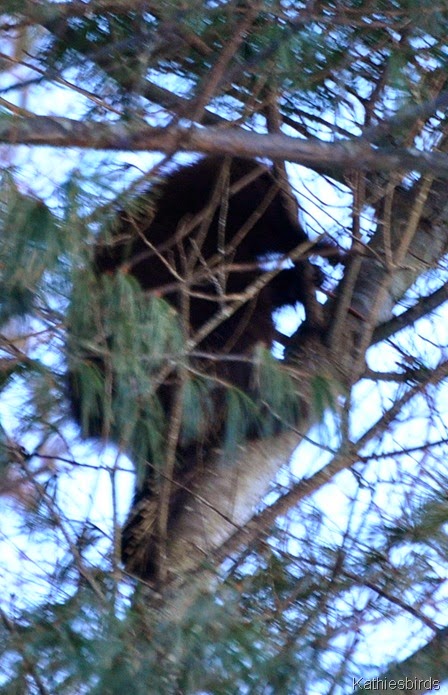 I was on my way home late in February when I saw this black shape high in a pine tree on the side of the road. I immediately pulled over and attempted to get a shot in the dim light. This isn’t the best photo but it’s the best one I have gotten so far of a porcupine! It almost looks like a little bear! 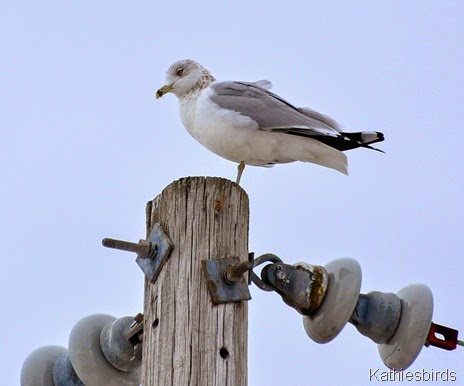 What can I say? Who doesn’t love a gull?

Notes From My Nest: Life continues to be busy here as I continue to heal. So many birds have returned to the yard along with some new species! The yard list is now up to 117 birds! The most species I have seen in my yard is one day is 33 and I have added 10 new species so far this year! I hope to have more updates soon.