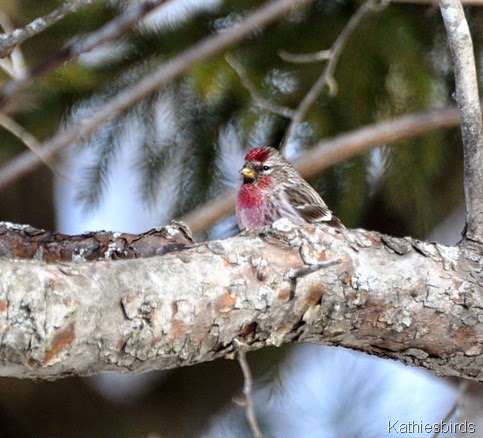 Earlier this year I had my first ever Common Redpolls in my yard. They first showed up on January 11th and I recorded the last one here on April 12, at least 2 weeks past the time they should have left. While I was listing these birds every day, it was surprising to me to see that on March 23rd they were expected to be here, and the next day they became a rare bird and were flagged on my ebird list! 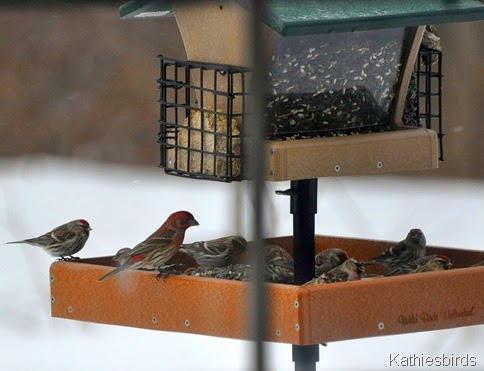 While they started out with just one or two birds, their population soon swelled until I was seeing two dozen on a regular basis with a high count of 90 birds on March 19th! Starting April 1st I saw 5 or less individual birds each day until April 12th. Then they were gone. These photos were taken between February 3rd and March 16th. I have several feeders in my yard and as you can see the birds moved around from location to location and feeder to feeder. 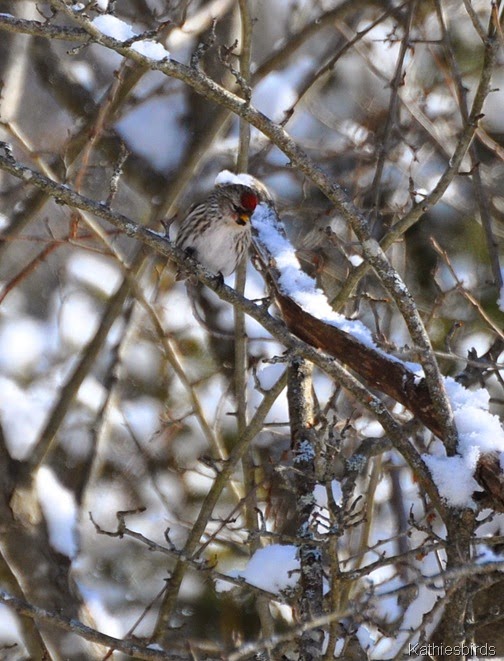 When the redpolls first showed up I searched and searched for a rare Hoary Redpoll among them. Hoary Redpolls are described as being paler with a frosty look, and having a stubby beak that looks like a punched in face and they are only supposed to have three or less streaks on their rumps. There were times that I thought I saw one, but I never got a photo. Then I read a few articles that suggested they may not be a different species after all, but just a color variation of the same bird species, or a sub-species. There is talk of lumping them all together. Once I read that, I just gave up looking for a Hoary Redpoll and just enjoyed the birds! (See links below) 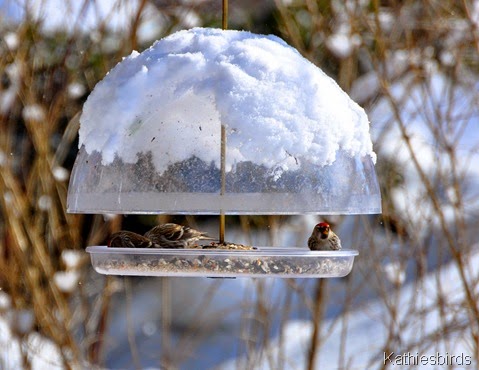 As you look through these photos notice the variation in color among the birds. These small finches seemed to like sunflower and nyjar seed the best. 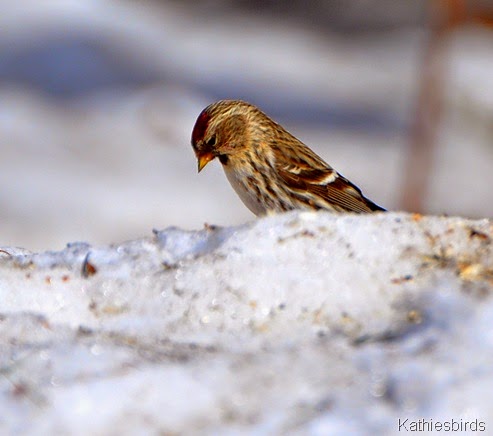 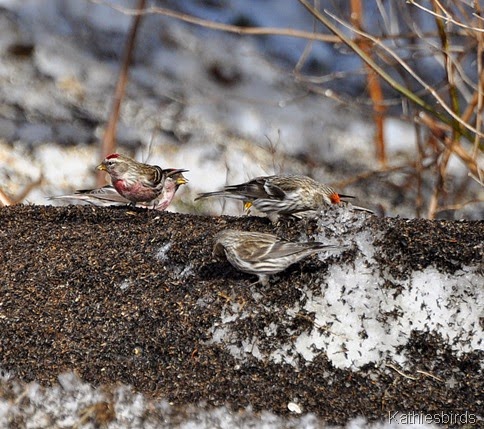 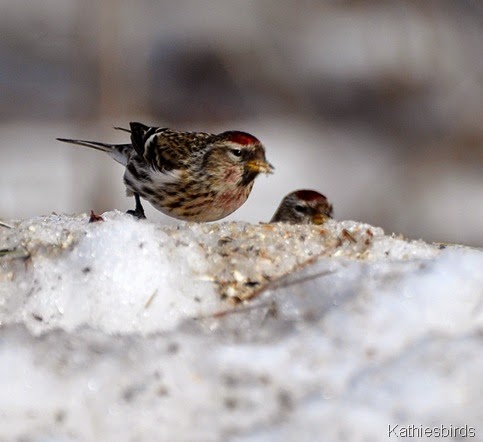 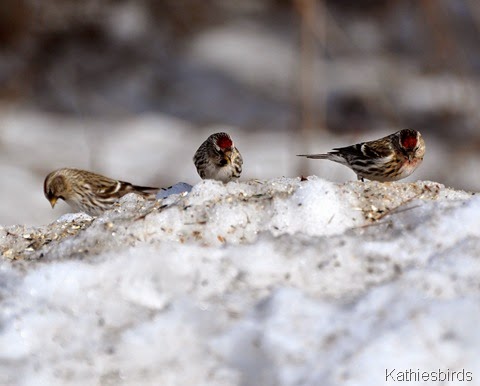 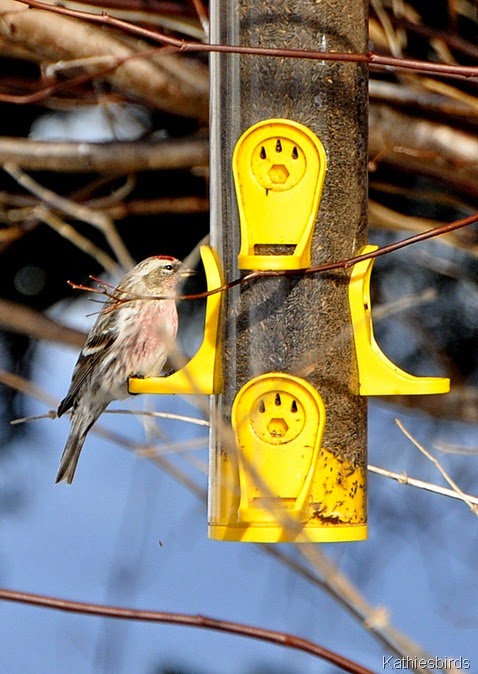 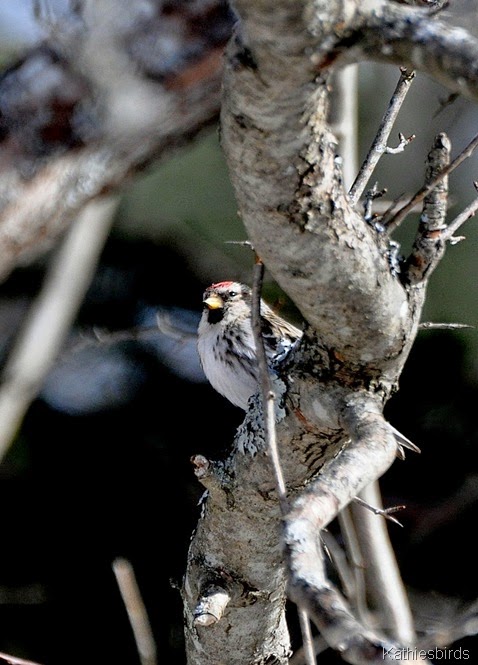 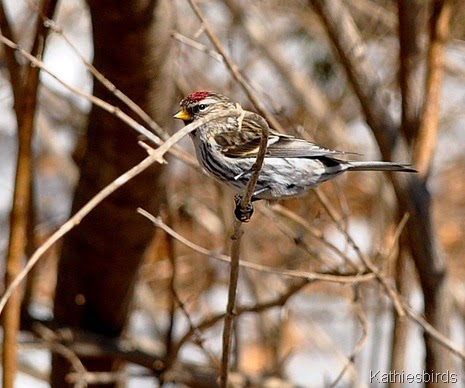 I hope they come back next year! 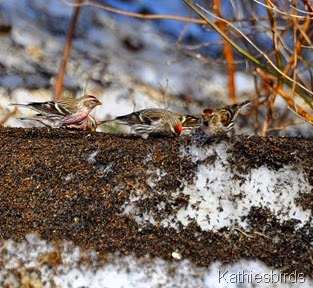 Common Redpolls alongside my driveway 3-16-15