Birding Livermore, Jay, and Wilton, ME 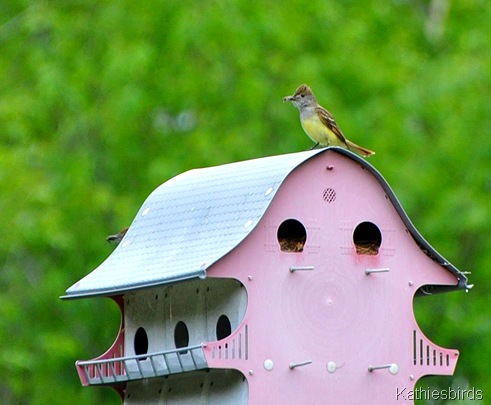 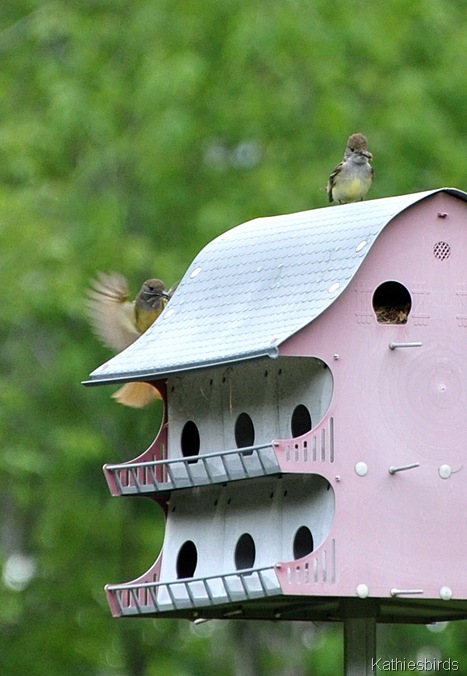 A pair of Great Crested Flycatchers had taken over an old Purple Martin bird house. You can just see a bit of the nest peeking out one of the holes on the end. I observed these birds for several minutes as they flew in and out of the bird house with insects in their beaks. 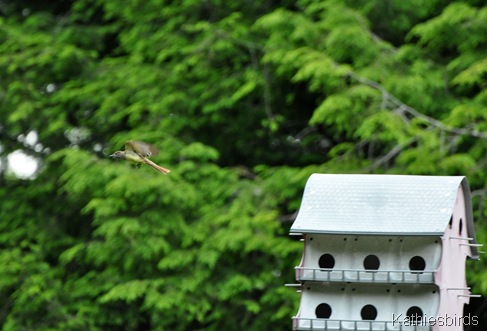 When I left this location I drove farther up the Crash Road (yes, that is its name) to Pine Island in the middle of the Androscoggin River. The Androscoggin is one of the major rivers in Maine and it starts in the western mountains and flows down through Brunswick to Merry Meeting Bay where it joins the Kennebec and 3 other rivers on its journey to the sea. 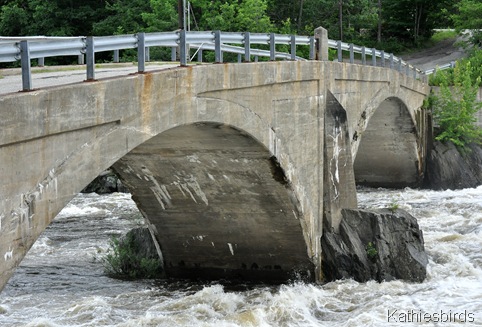 I crossed this bridge to get to the Island with turbulent water flowing beneath. 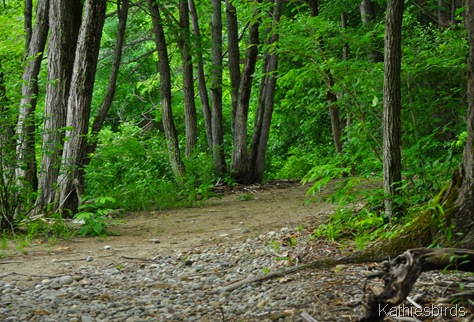 After parking I wandered down one of the paths to some quiet areas along the shore where I found several species of birds. while I was standing there quietly a mink came wandering along the path towards me. I tried to slowly raise my camera to get a photo without scaring it off, but it saw me and disappeared into the undergrowth. 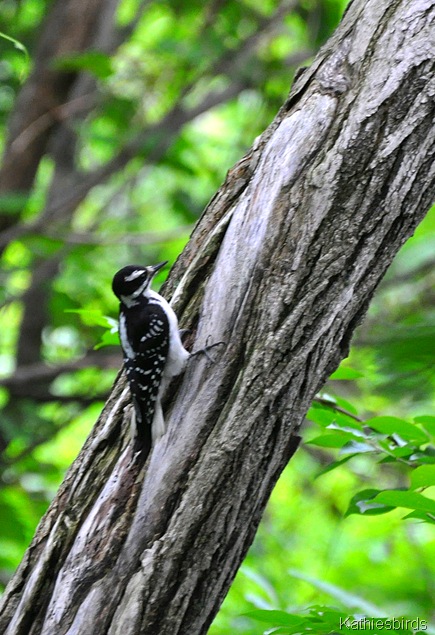 So, I took a picture of this Hairy woodpecker instead! 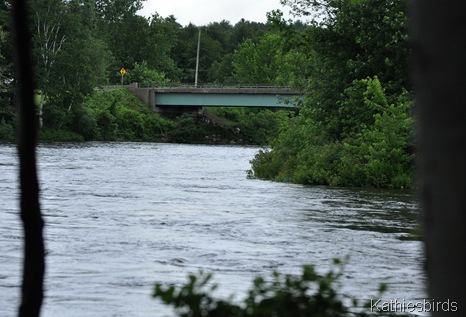 This area is technically in Jay, Maine and is also in Franklin County instead of Androscoggin County, which is where Livermore, Maine is located.

Before heading home I took a short drive up to Wilton, Maine to see if there were any birds at the lake. While it was nearing sunset, I did find a few species of birds, and I always enjoy the view of the western mountains with Mount Blue beyond. 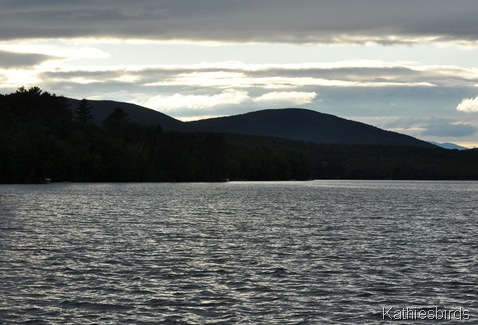 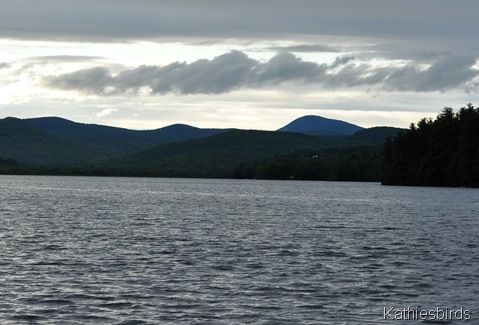 Mount Blue is seen in the distance and somewhere out there are loons.

Email ThisBlogThis!Share to TwitterShare to FacebookShare to Pinterest
Labels: Birding ME, Flycatchers, Woodpeckers