Osprey and other birds at Brunswick Landing 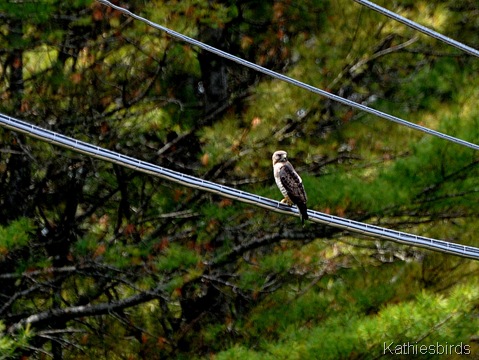 Over the course of the summer I birded Brunswick Landing several times. It is a massive property and was formerly the Brunswick Naval Air Station. Now it is being developed as commercial property and there are not as many wild areas as there were before. Some sections have been shut off that we used to have access to when I first moved here and learned about this property. Still, it is a good place to bird with many surprises to be found, but it involves a bit of driving. I usually cover 3 to 5 miles with various stops along the way. In summer Upland Sandpipers can be found on the airfield. As you drive around you can spot vireos, warblers and woodpeckers. Both summers I have been here I have found Pileated Woodpeckers when driving through. 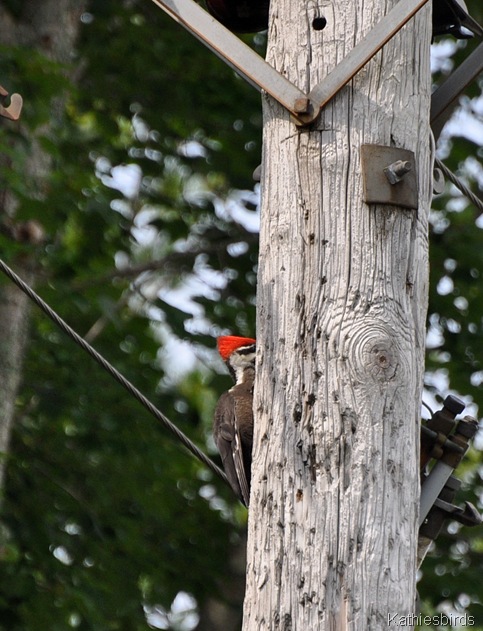 I found this one climbing a utility pole on July 2nd of this year! 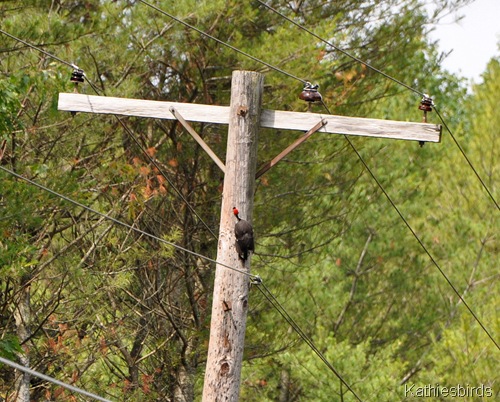 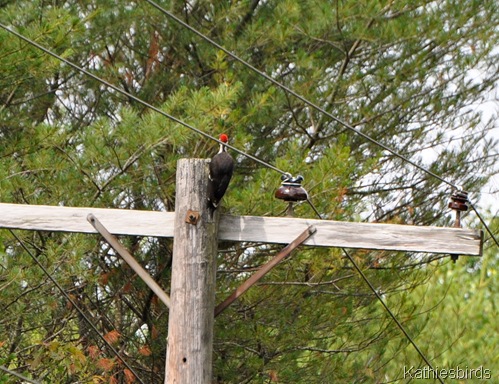 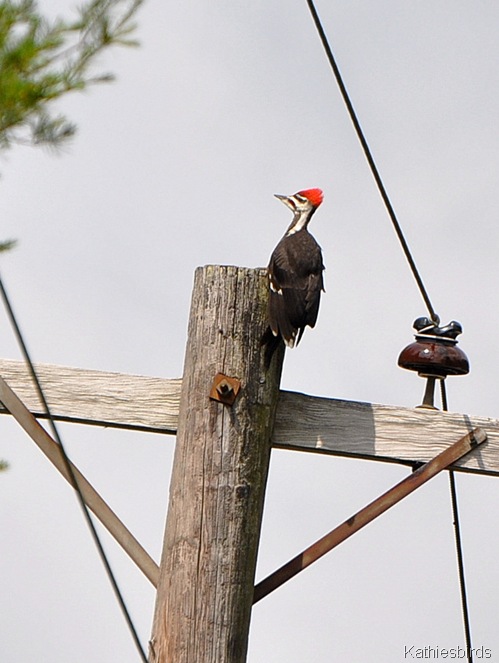 Finally up in the clear where I can see his gorgeous crest!

This massive woodpecker is the size of a crow and the one most closely related to the now (presumed) extinct Ivory-billed Woodpecker. 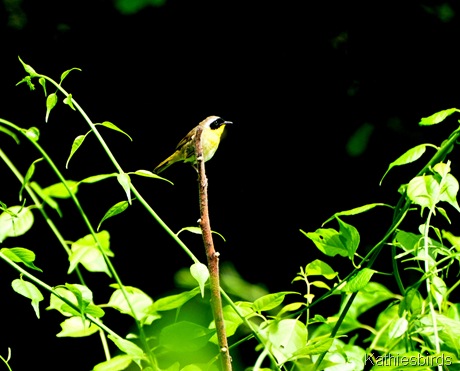 While I was looking up at the Pileated, this little male Common Yellowthroat was in the brush behind me.

Several pairs of Osprey nest on the Brunswick Landing Property. It is a short flight for them to the Androscoggin river in Brunswick or to Middle Bay to fish. There are also a couple of isolated ponds on the property that I have seen them fishing in as well. 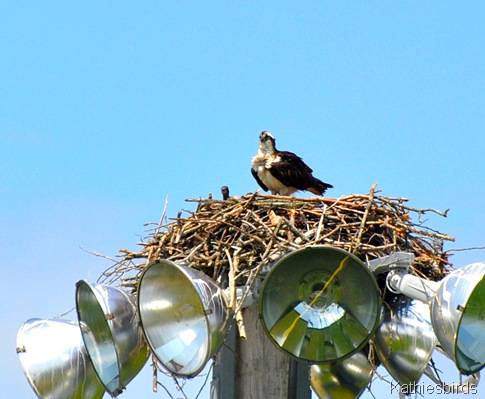 This photo was taken on June 12th. You can just see the tiny head of the osprey chicks peeking up above the edge of the nest. The photos below were all taken just a 3 weeks later on July 2nd. Look at the difference in size! 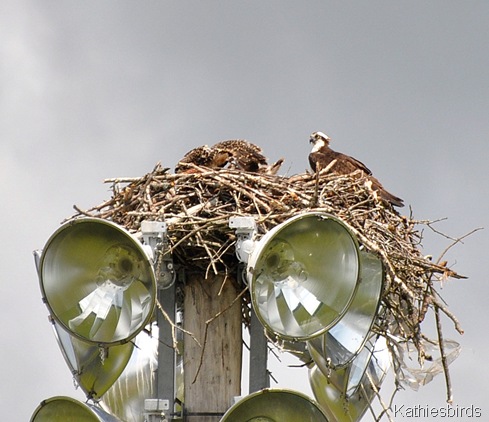 Two offspring look like they are gobbling up some yummy fish! 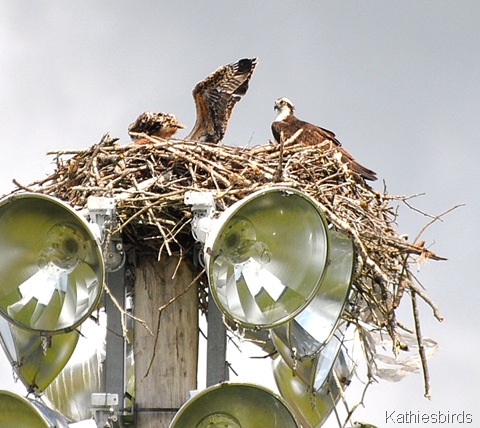 Look at the size of those wings now! 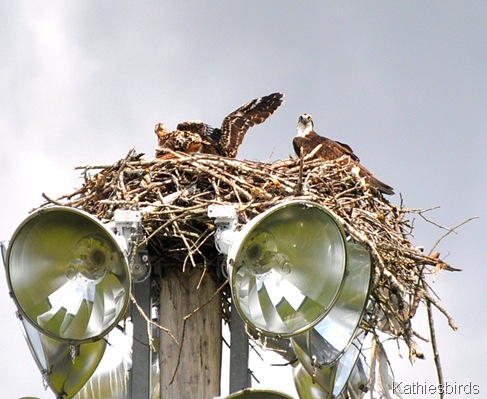 The adult osprey is keeping an eye on me, but soon those youngsters will be flying and fending for themselves.

Please note that I was in my car and using a long lens to get these shots. At no point was I anywhere near these birds or their nest, which is actually atop a very tall pole in an abandoned baseball field that is fenced off with No Trespassing signs posted. However, you can easily see these birds from the roads and parking lots of Brunswick Landing. I would never disturb a bird to get a photo and these particular osprey are quite used to living in and around humans.

Brunswick Landing is a unique place to bird with many rarities showing up in the summer and the winter. Over 150 species of birds have been recorded here so far. Click on the links below to learn more.