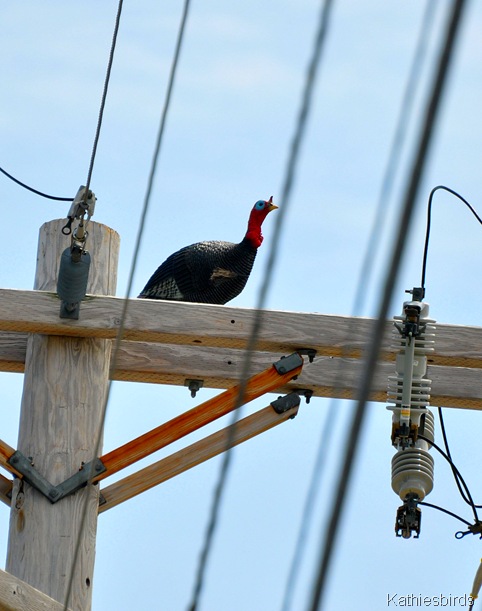 Wild Turkey on top of power poles on Brunswick Landing?

Okay, I hate to admit it, but I got faked out. This summer while driving through Brunswick Landing I was amazed to see male Wild Turkeys atop power poles every time I drove through Brunswick Landing. I had no idea why they were up there but could only guess that they were standing guard over nesting hen turkeys somewhere below. Every time I drove through I saw these birds, but soon started to notice they were in the exact same locations. What faithful birds I thought to myself and I faithfully eBirded them. Sometimes I even saw turkeys running alongside the road in the grasses, but these four males were always atop their poles. Finally one day I stopped to take their pictures and when I finally offloaded the photos I was shocked! I had been faked out by fake turkeys! 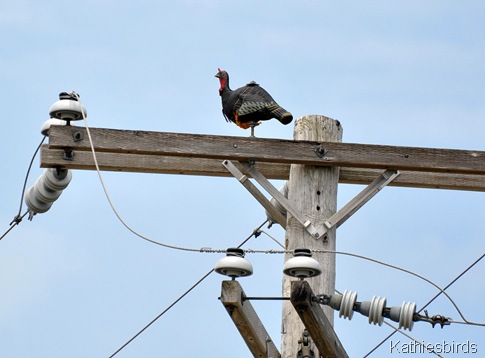 I could only guess that they were put up there to keep osprey from landing on or building nests on these poles as there are a large number of nesting osprey on Brunswick Landing. I sheepishly went back and corrected all my eBird lists. I felt so dumb and blind. It just goes to show that you are never too old to learn, or make a fool of yourself!

Trick or Treat on me! 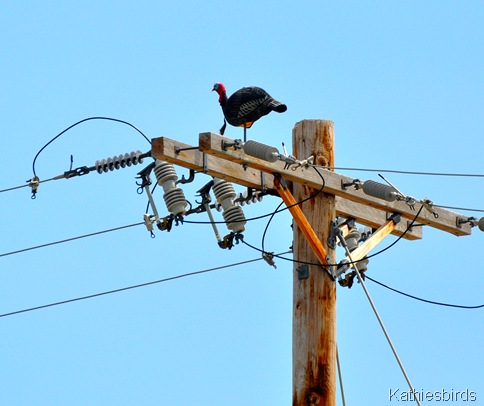 Happy Halloween to you!