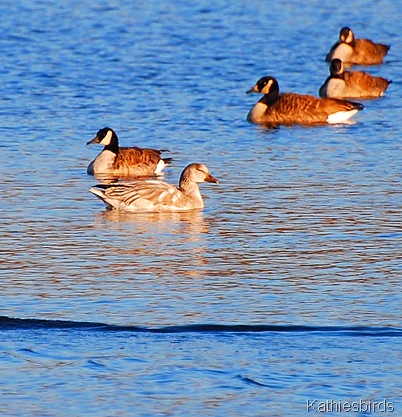 I’ve been reading a blog lately called Pioneer Birding. The author of the blog lives in or near the Pioneer Valley and frequently posts about birds seen in that area, which is in central Massachusetts. Some of his recent posts have mentioned seeing Lesser black-backed gull and Kumlien’s Iceland gull in the Turner Falls.  I have never been to Turner Falls, but since I am trying to up my Big January totals and Gus has the day off, we pack up the car on Monday and head west.  It takes us just about 1 1/2 hours to get there and we are so hungry by then that we decide to eat at a local cafe first. Then, we are off to find the birds. 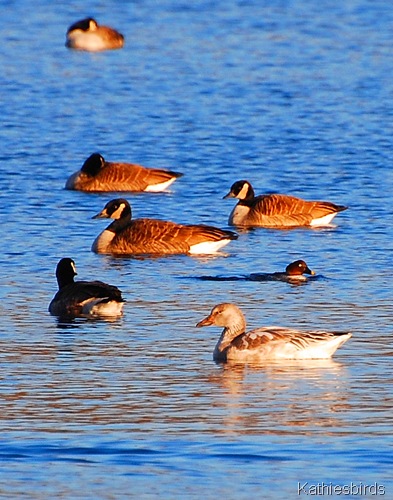 While I did not find the Lesser Black-backed Gull or the Kumliens, I did get some great birds. We drive to Barton’s Cove first and park near Utility Park. It is so cold near the water.  I am dressed in several layers of clothes, coats, and gloves. Still, it is with excitement that I jump trembling from the car onto the snowy ground. 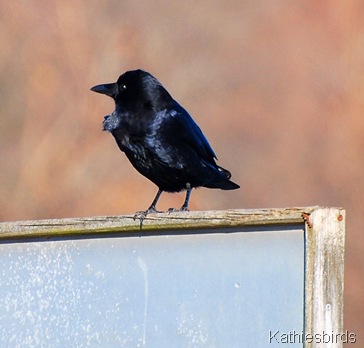 This American crow is waiting for me on a sign board.  Across the cove I see a line of seagulls perched on the edge of the ice. A quick scan reveals mostly ring-billed gulls, but I do find a few Herring gulls and about 4 Great Black-backed Gulls in the flock.  If there are any Lesser Black-backed Gulls there, they are too far away for me to distinguish them from the Greater gulls. 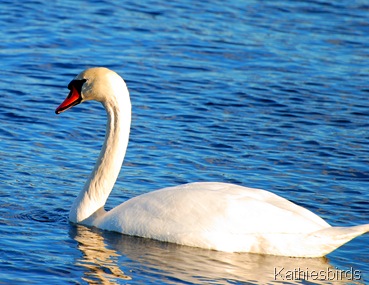 As I step up to the edge of the embankment I discover there are Mute Swans in the water. There are two right in front of me, and farther down the cove I see even more for a total of 10 Mute Swans. 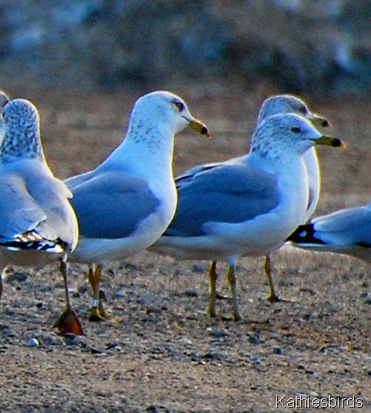 Over in the Utility Park someone is feeding gulls and they are flying about and calling frantically, all of them trying to get the food first. Once again, most are ring-billed gulls, but  there are a few Herring Gulls. I do not know what this gull with the band on its leg is.  It looks a bit different from the ring-billed gulls next to it. 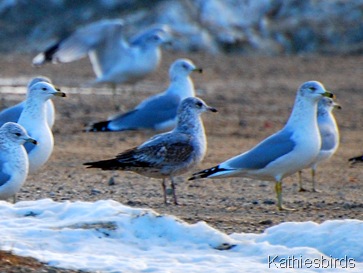 I think this is a juvenile ring-billed gull, 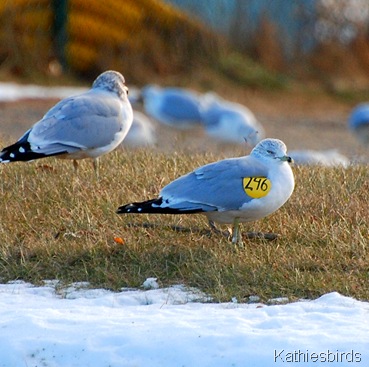 and goodness knows what is up with this gull. It has two bands on its legs and a huge patch with a number on its wing. I want to try to find out why this is. I have seen one with a bright pink number patch on its wing back in Andover at one of the town parking lots. 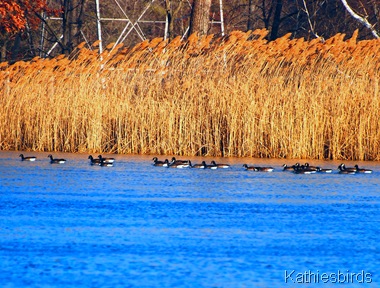 We finish up at Barton’s cove and drive the short distance to the Power canal. Some of the locals told me how to access it when we were in the cafe. There is a bike path that runs all along it on one side, but it is far too cold for walking today, so we cross the bridge on 11th street, take a left at the stop sign, and find ourselves driving along the Power Canal. I soon discover it is set up as a nature area with parking and paths.  At the far end is a Fish Hatchery that is currently closed for the season. However, the road is open and you can park and walk or drive along the Power Canal Reservoir.  It is 1.3 miles back to the main road. 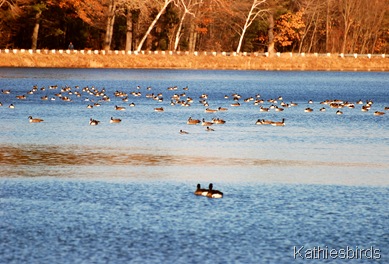 There are so many Canada geese here, but there are other ducks as well. Pioneer Birding also mentioned seeing Cackling Geese.  Will I find some? I find a small flotilla of Mallards right off the bat, but then I start to see something different. 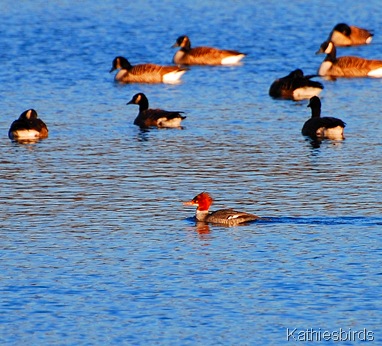 I spot some common mergansers and… …some Common Goldeneyes! Here you can see the golden eye gleaming which gives this species its name. The female Goldeneye is brown.  I you look back up at the top photos of the snow goose you will see a female goldeneye in the second photo. And then, oh joy! Cackling geese! At least, I believe that is what these are. I am not an expert on this but, from what I have read, Cackling Geese have shorter necks and stubby bills. These birds seem to fit the bill (pun intended) to me!

It was a long drive over here and I am tired and cold. Gus has been so patient with me, driving the car and waiting while I get out to photograph, count, and watch birds, but he is getting tired also.  The sun is setting and we need to drive back home. It was a fun day and a pretty drive, but now it is time to head home. However, I am grinning as we leave because, not only did I add to my Big January totals, I also added a new county to the list of counties I have counted birds in, for Turner Falls is in Franklin County, MA and I have never counted birds there before! 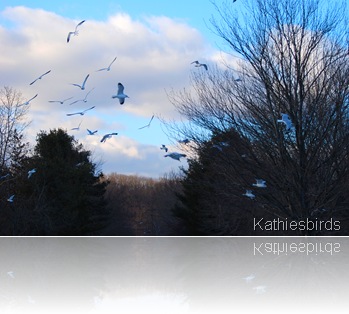