Winter Birding at the Bog (MWT) 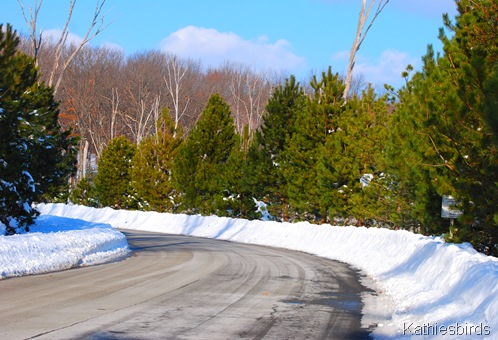 Since moving here to Andover I have signed up with eBird to do a Site Survey of the bog neat my apartment. So, to the best of my ability, I walk to the bog at least once a week and count the bird species I have seen there. Since moving here and starting the survey I have counted  species of birds at the bog. It’s a bit tougher to do, now that winter has come and the snow has fallen. As you can see from the picture, a wall of snow cuts me off from the bog. I used to duck between these pines for a wide open view of the bog. 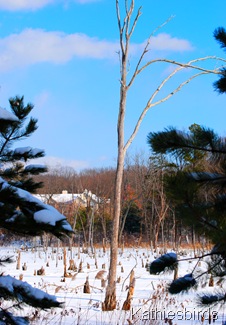 Now I peek between the branches and over the wall of snow. But all is quiet at the bog these days. Where I used to see up to 15 species of birds, I am now lucky to see 5 or 6.  On my most recent count on January 20th I only saw 3 species of birds. 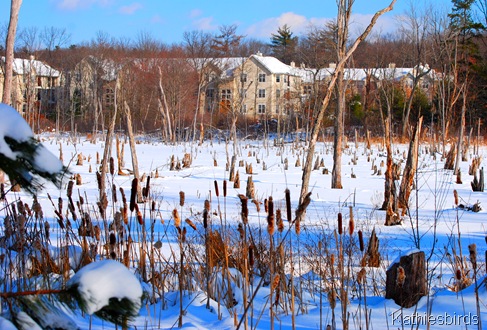 The cattails are dry and brown. The water in the bog is all frozen and snow covered. These condos across the bog used to be hidden by the leaves on the trees. Now they are open and exposed like the naked trees around them. Shadows lie long and blue across the unbroken snow… 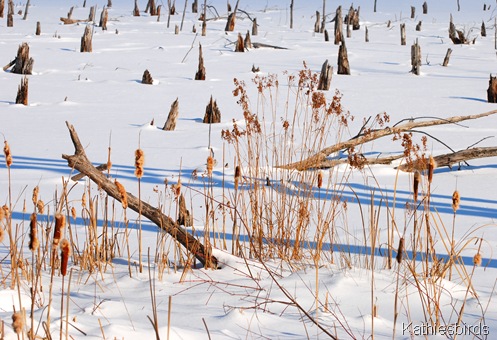 grasses poke through like golden threads on white silk linens… 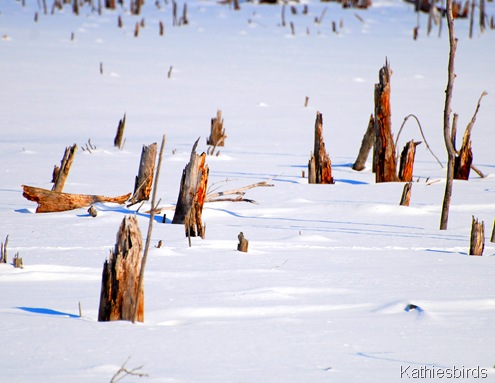 and jagged stumps appear as the broken teeth of some submerged monster! 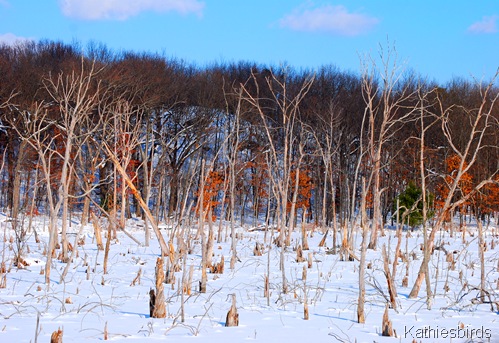 It is a skeletal landscape to me. I cannot keep from comparing it to bones, yet how serene it is, here in the midst of the neighborhood. 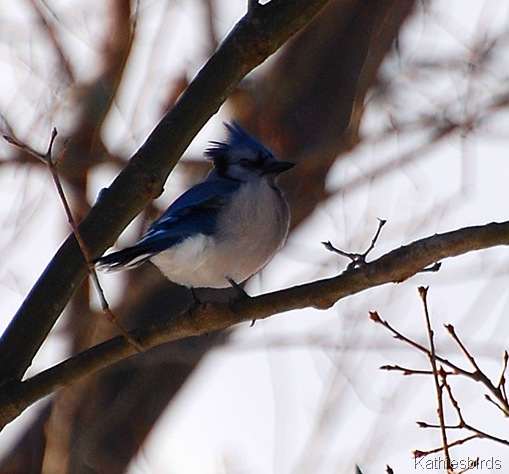 The Blue Jay is the most common and numerous bird I see here nowadays, but often I see or hear a red-tailed hawk who seems to hunt this space on a regular basis. Other than that it is mostly occupied by sparrows… 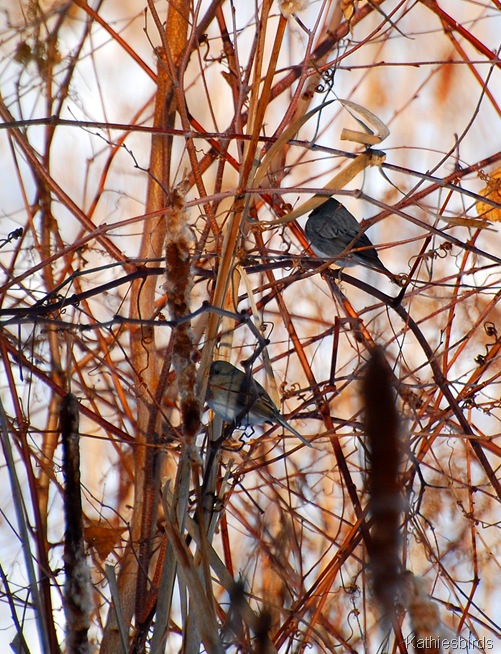 …and juncos hiding in the twining brush.

Birds seen at the Stirling Street Bog to date:

*Notes: Birds listed below Bold dates were seen on that same date.  I have seen gulls at the bog many times flying high overhead but only recently learned enough and had them fly low enough for me to feel like I could properly indentify the species. 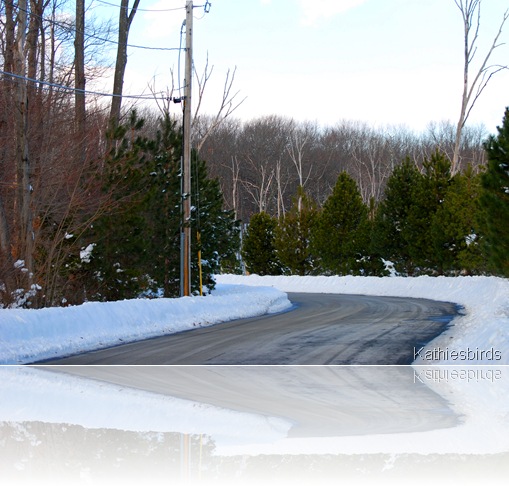