In Search of Sandhill Cranes 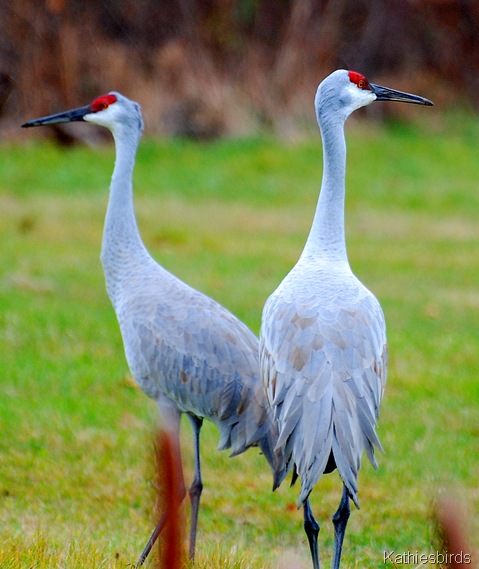 I am more of a “Lister” rather than a “chaser” when it comes to bird watching, but every now and then I see a bird exciting enough for me to chase after it. When entering my eBird data on Monday I happened to notice that Sandhill Cranes were being spotted in a farm field in Rowley, Massachusetts. Since moving here over a year ago my eBird Life List for Massachusetts has grown from a meager 18 species to 158 species. Since I happen to love Sandhill Cranes and since I haven’t seen any since moving away from Arizona and since I would love to add this species to my Massachusetts Life List and since Rowley is only about 35 minutes away from my apartment I decided I would see if I could find them the next day. 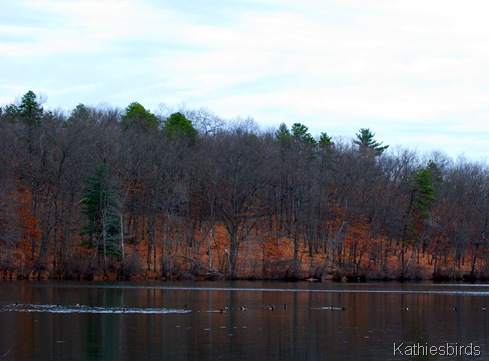 It was close to noontime when I finally set out for Rowley. On my way to Route 133 I took a short cut past lake Cochichewick in North Andover. I was not going to stop but when I saw a small flock of Ring-necked ducks at the south end of the pond I could not resist. 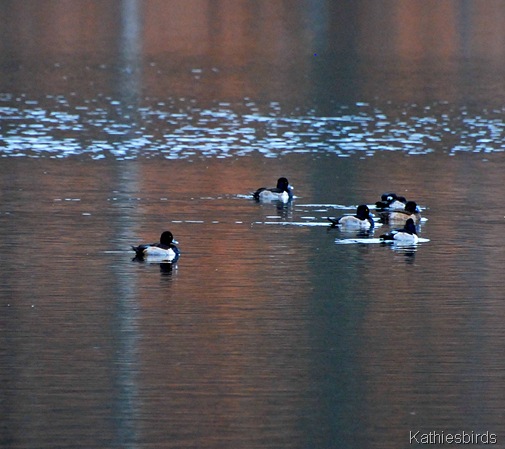 I saw my first ring-necked ducks in Massachusetts just about 3 weeks ago at Baker’s Meadow. This is the third time I have seen this species since then. I only stayed for about 10 minutes, then hurried on my way. Once I rounded the end of Great Pond Road and turned east onto Route 133 I was driving into new territory. 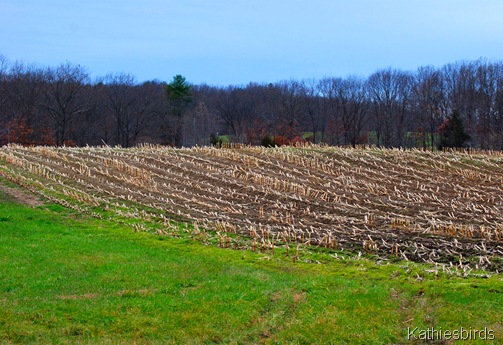 Farm Field on west side of Route 1A north of Rowley, MA

My route took me through the small towns of Boxford and Georgetown, with typical New England architecture and stone walls. After having lived in the Sonoran Desert for 3 1/2 years I am still intrigued by the water I see everywhere. It seems there is a brook, bog, river or pond around every corner. It is never boring to go for a ride through the countryside in New England. NO, I did not stop to take pictures. I was on a mission to find birds! After reaching the intersection of routes 133 and 1A in Rowley I turned north. The cranes had been sighted in some farm fields between Rowley and Newbury. I had no idea what I would see or if I would find them, but I drove north anyways with anticipation beating in my heart like the wings of a a bird in a cage. 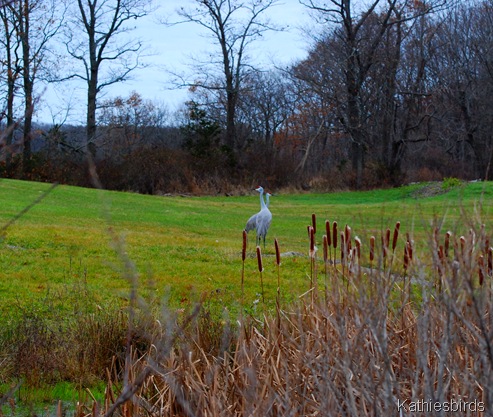 First view of the cranes out my car window.

As I came around a corner just north of the village center I suddenly spotted them in a field on the right and close to the road. There were two other women stopped and looking and I really can’t remember if I saw the women or the birds first. The birds were so close to the road that I was able to just pull over and roll down my window to get my first shot. 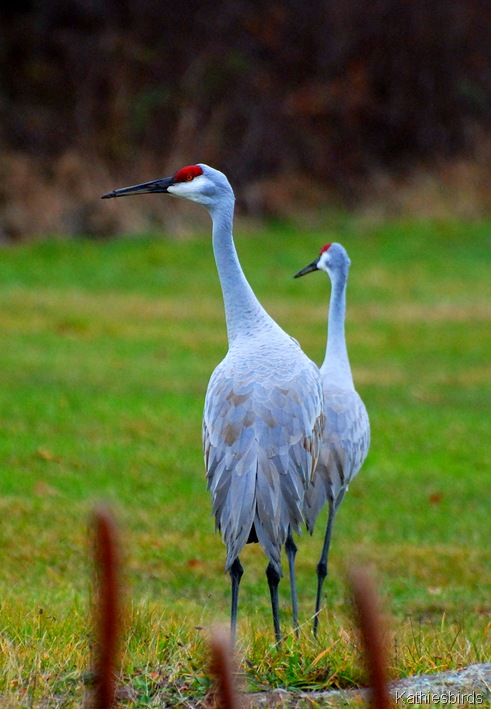 After getting one shot off, I zoomed in for a close-up. 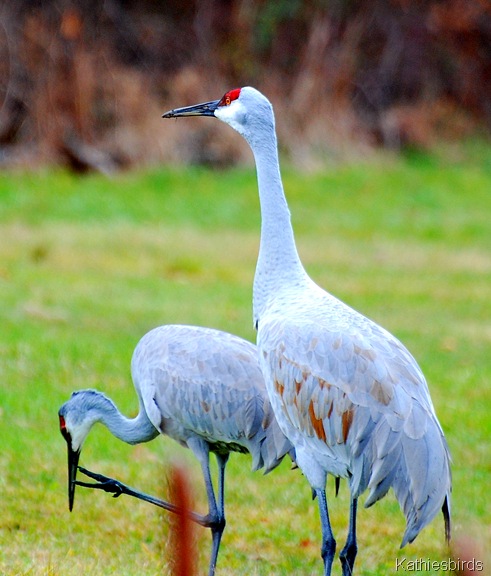 Though I could hear the sounds of blackbirds in  the trees, I was totally focused on these magnificent birds in front of me. They always seem so exotic to me. For me, they represent everything that is wild and good in America. If you have never heard the sound of sandhill cranes “garooing” your soul has missed the song of the wild. 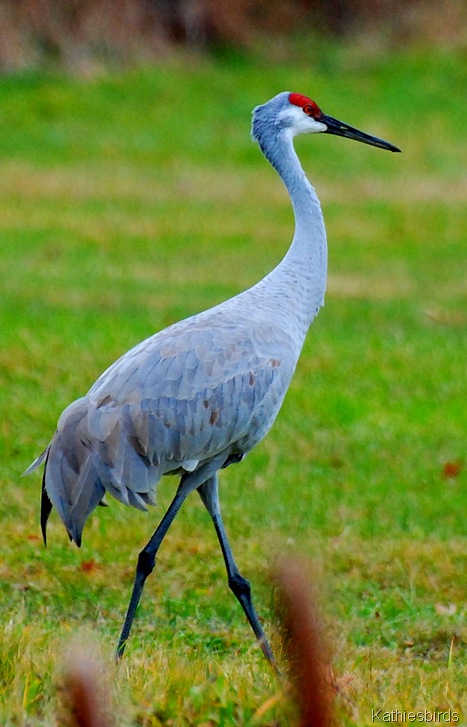 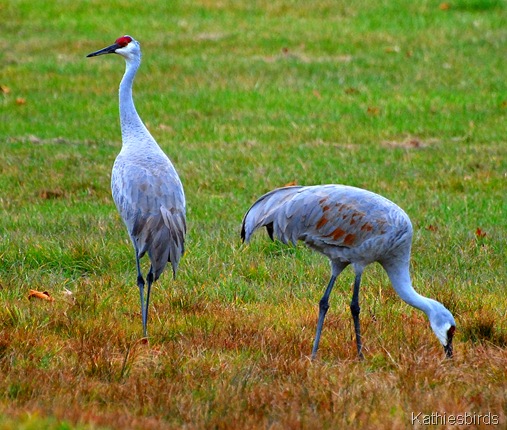 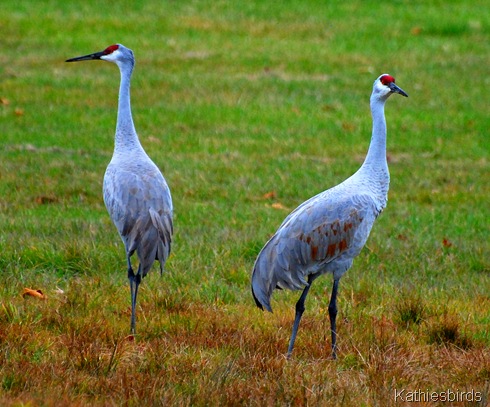 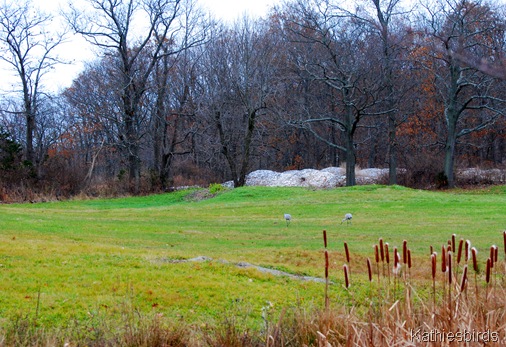 As more and more people pulled over to see and photograph the cranes they casually moved off towards the edge of the woods. 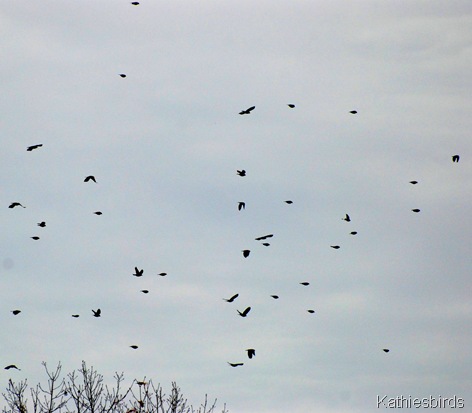 I finally focused on the blackbirds to see if I could identify what species I was seeing. Since most of them were little more than dark silhouette’s against the sky it was hard for me to tell, but I did hear at least one Red-winged blackbird’s trill and I saw one Common Grackle as it broke off from the flock and flew directly over my head. I think the flock was a mixture of species and I entered it into eBird that way. What a racket they made! 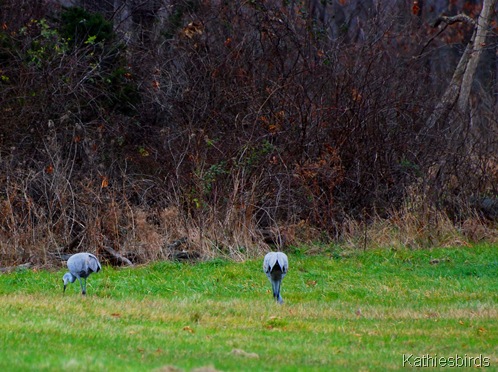 With the cranes far across the field I got back into my car and drove away. 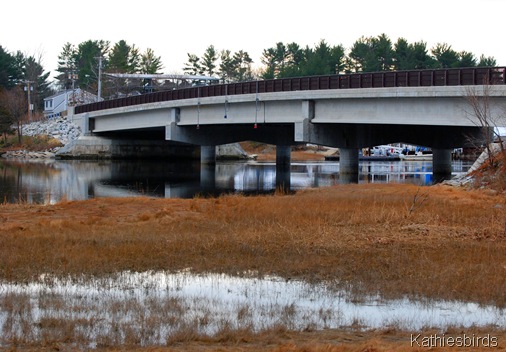 Newbury Bridge over the Parker River on Route 1A

I crossed the bridge on Route 1A and turned into the Newbury Boat Launch to turn around. since I was here I decided to get out for a minute to see what I could see. I hoped to see a few birds, but it was fairly quiet. 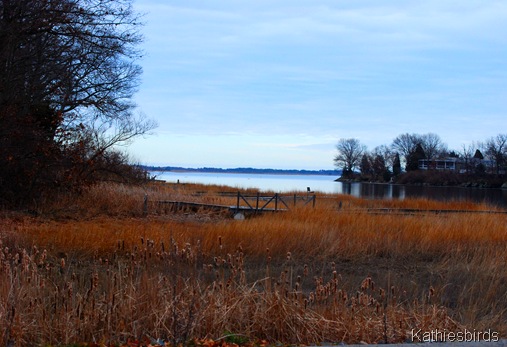 There was nothing on the river… 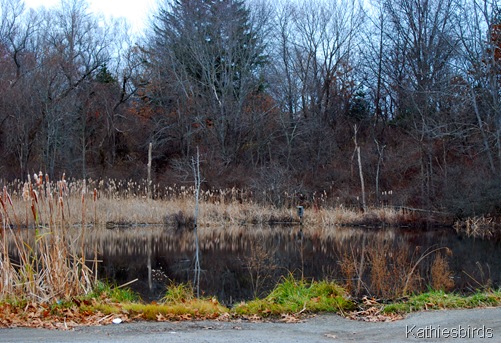 …and only a few juncos along the edge of this pond. 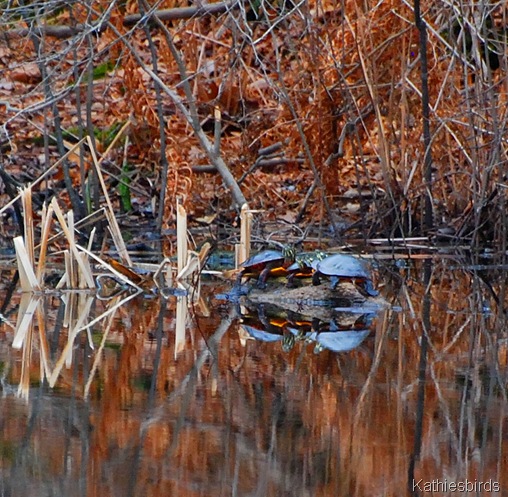 In the pond a few turtles tried to sun bathe, but there was little sun. Still, turtles in November! This is such weird weather! Though rain was predicted for later in the day, it was still 60F! In November! 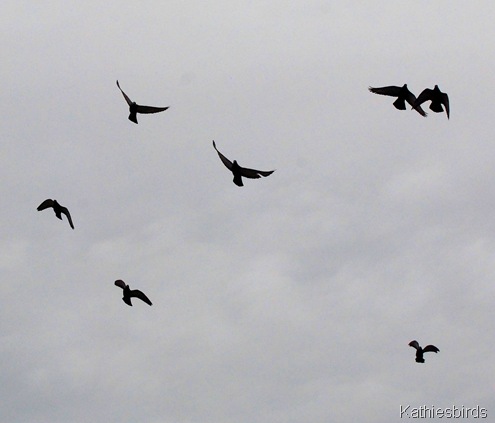 I found a flock of pigeons flying around as they emerged from their roost under the bridge and like them, I decided it was time for me to go home.

Please click on the link below to see more birds on…

Oh, and the Sandhill Cranes make species number 159 on my Massachusetts Life List!