Birding with the BwBTC Group 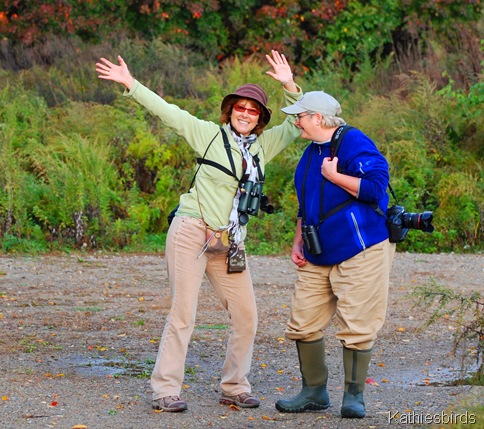 Last October I finally got to go out birding with the Birders who Blog, Tweet, and Chirp. I had missed several opportunities to go birding with this group over the past couple of years due to conflicts with other trips or even moving across the county, but finally it worked out for me. My first outing with them had been two weeks before at Plum Island in Massachusetts. Now, just two weeks later I found myself on my way to Wilton, CT to go birding once again. I knew I would have fun if I could just get there! Since I was already in Connecticut visiting my family it seemed like an easy choice to make until I discovered that Wilton was down by the New York border--the opposite direction from where I currently live! To drive down there would turn my 2 hour trip home into a 5 to 6 hour round trip! Oh, but I had so much fun two weeks ago and I would get to meet more birders and see more birds and…oh heck, why not! So, I got up before dark, got on the highway and drove southwest across the state. 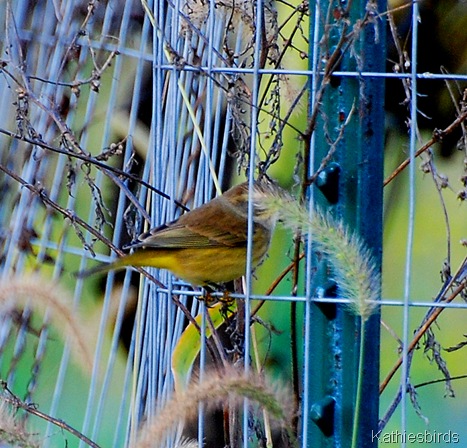 Though I got there a bit late, it was not too late to see birds. However, the birds were not cooperating with me and my camera. Sorry, but there will not be any outstanding bird photos today, but there will be fun! 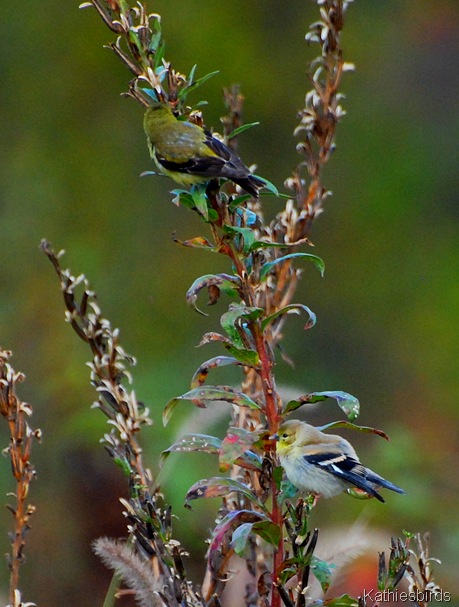 We met at Allen Meadows Park. The crisp autumn morning soon warmed up and birds flitted around everywhere. In tangles and hedgerows, in trees and brush they flew and perched and fed. 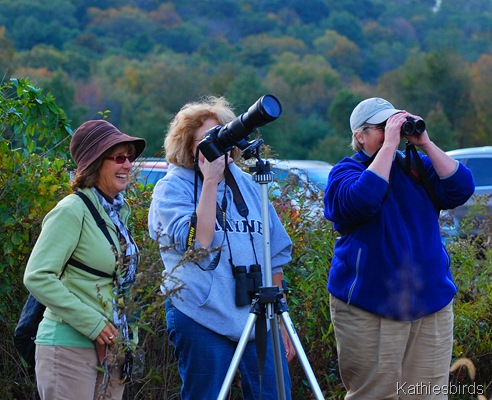 You can tell from this photo we were all having fun and I found it a bit hard to focus on the birds. I finally had to walk off by myself just to see some birds! 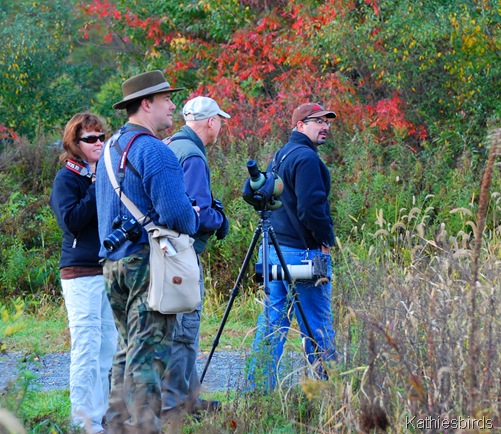 I saw some of the same people I had met two weeks before, and I met some new ones. You can read about that adventure over at Birding is Fun today. 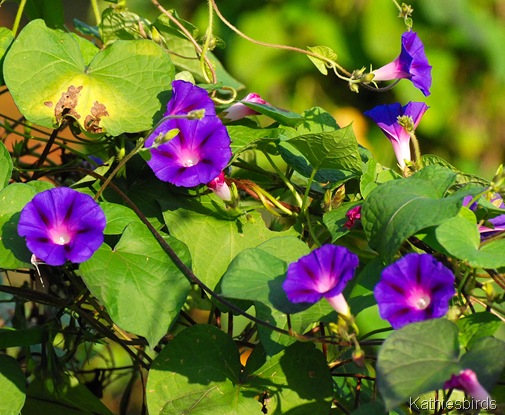 Since the birds weren’t cooperating I took pictures of flowers instead. 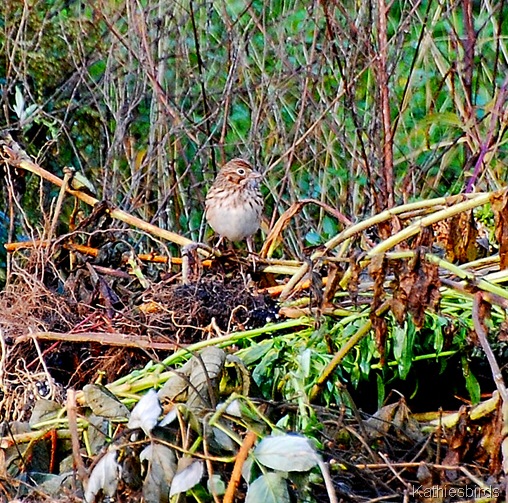 I was able to capture this one fuzzy shot of a Vesper Sparrow, a first for my Connecticut Life List. 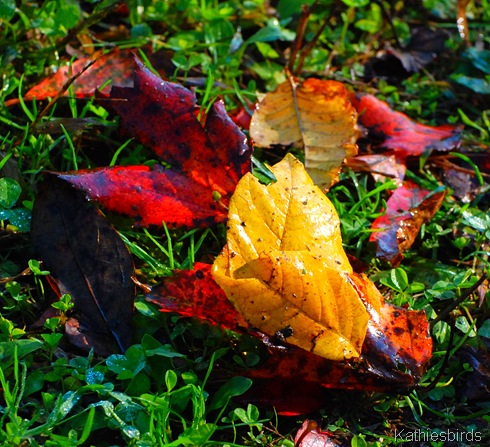 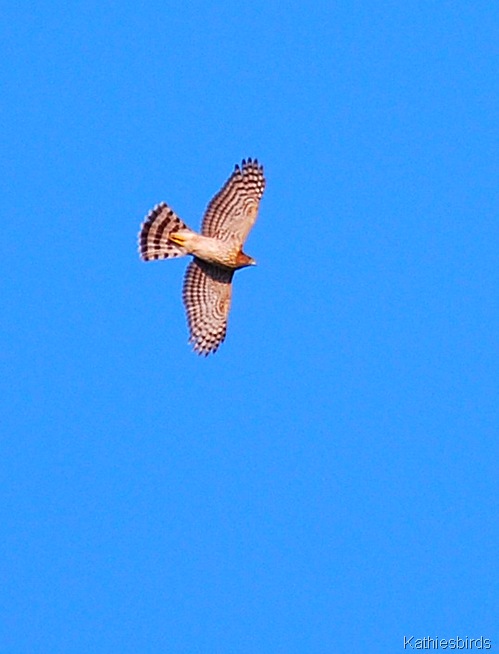 All in all I saw 38 species of birds at Allen’s Meadow Park! After a brief stop for coffee and a restroom break we headed over to Schenk Island in search of more birds. 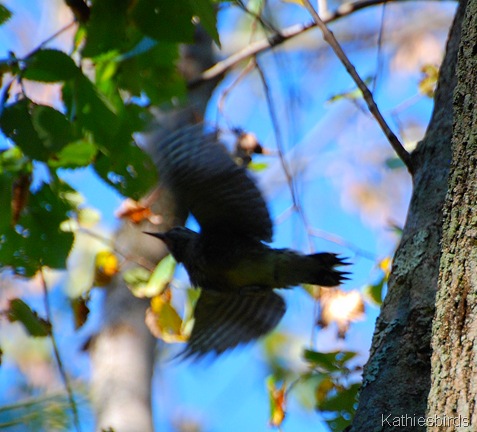 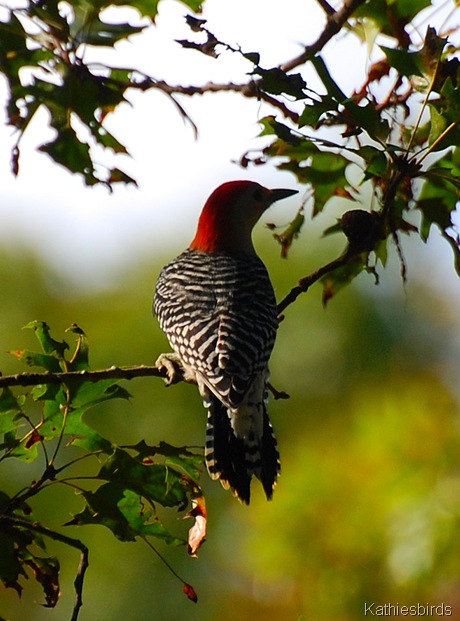 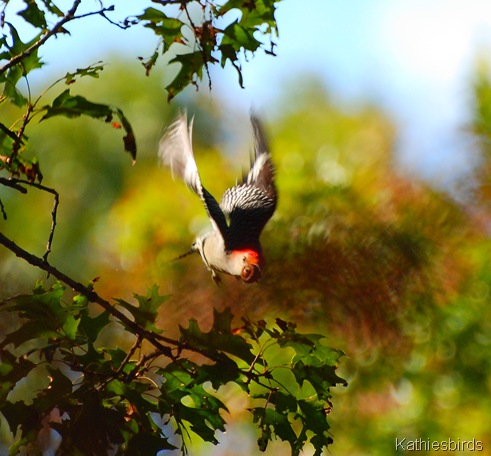 Red-bellied woodpecker in flight with acorn 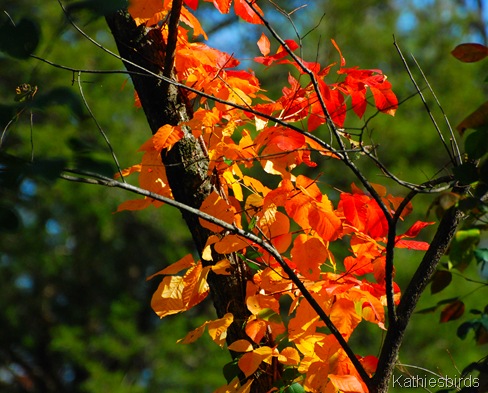 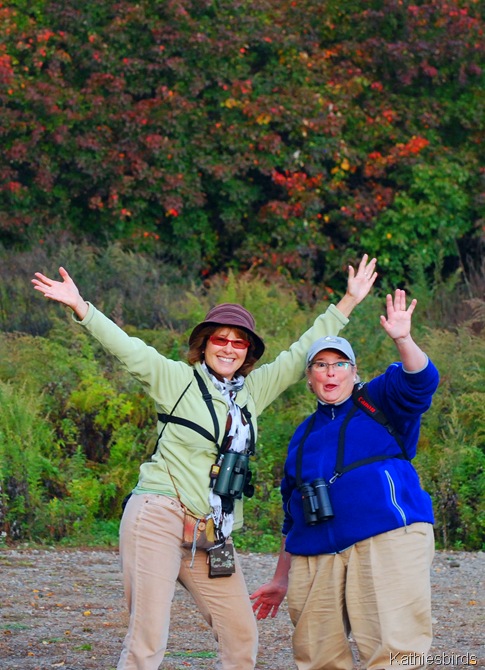 What fun I had! What fun people I met. Though I only saw 16 species of birds on Schenk Island I saw my first ever Dickcissel and I was the one who spotted it first and noticed that it had a larger beak than a sparrow. I was so proud of myself! However, the photo I took of the bird is terrible, so, no pictures of that one either!