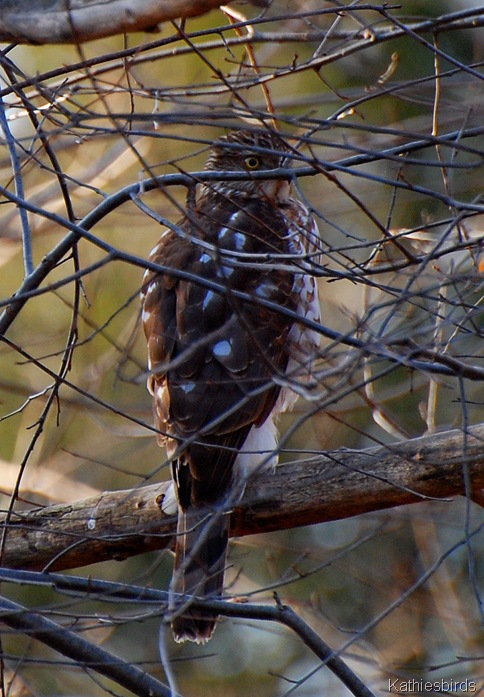 I counted birds all over Andover yesterday, including my yard, the bog, and the Post Office! 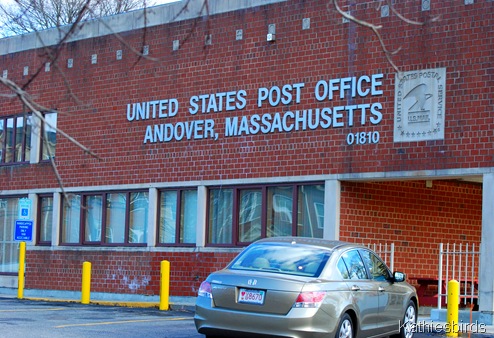 The Shawsheen River flows right by the post office. 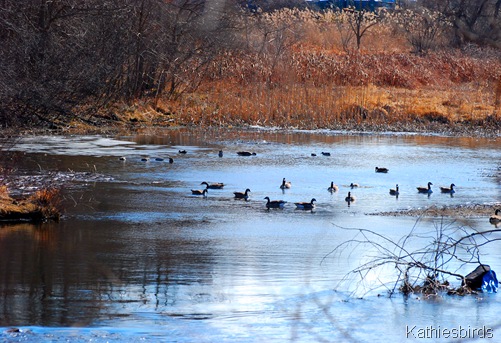 Canada Geese and Mallards in the Shawsheen River 1-17-12

I often find geese and ducks in this little cove along with sparrows and cardinals along the banks. In the summer I can see swallows, blackbirds and phoebes. Crows, robins, gulls and hawks are also seen at this location, but today I simply saw geese, a few mallards, a song sparrow, a cardinal, and lots of house sparrows. 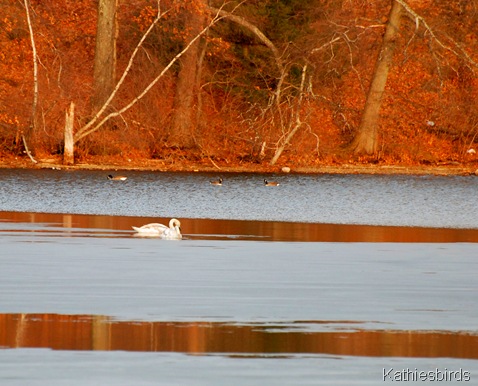 In the evening we drove by Steven’s Pond in North Andover where I found some Mute Swans along with some geese and mallards again. 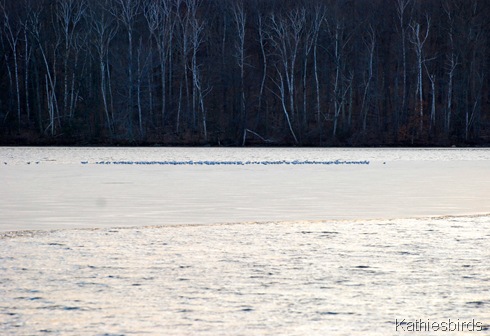 From there Gus drove me around Lake Cochichewick. The south end was all frozen over, so we did not stop, but the north end near the dam had some open water where I found 10 Hooded Mergansers, 2 common Mergansers and 2 coots! Out over the water sea gulls swooped and soared. some were landing in the water and some on the ice as the sun was sinking beyond the horizon. 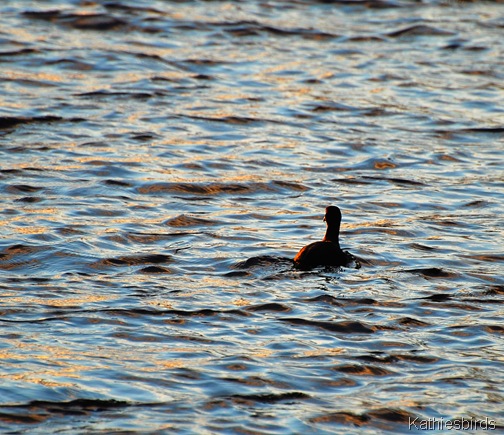 Yes, I am out counting birds again today for the

So far I have counted 26 species in Andover and 8 species in North Andover!