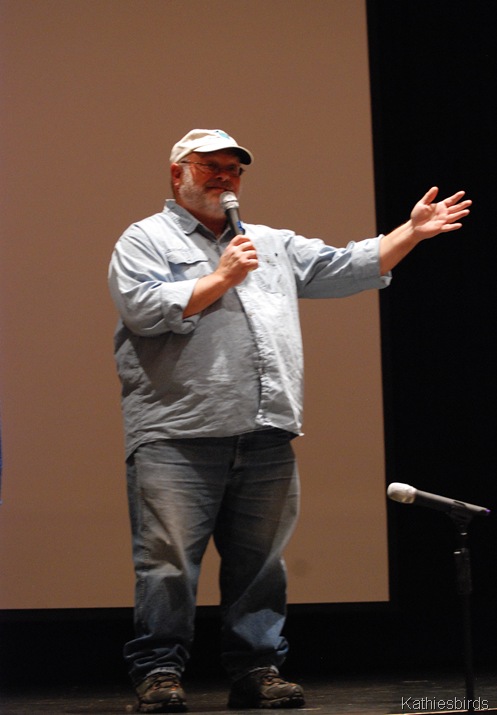 On Friday night I had the privilege of going to the Brookline Bird Club’s winter meeting in Bedford, MA, where Greg Miller was speaking. Greg Miller is one of the birders from the book The Big Year by Mark Obmascik. Jack black played the character modeled after him in the movie by the same name. I first read The Big Year back in 2004 when it was first published. At that point in my life I was still a beginning birder, and though I had participated in The Great Backyard Bird Count and Project Feeder Watch, I still was not the birder and bird lister that I am today. When I first read this book I had never heard of a “Big Year,” nor had I ever met anyone who kept lists of all the birds they had seen. It was quite an eye-opener for me and I loved the book because it wasn’t just about birds, it was about people and how an obsession can take over your life. Mark Obmascik is a good writer and the story is very well told. I couldn’t put the book down when I first read it. 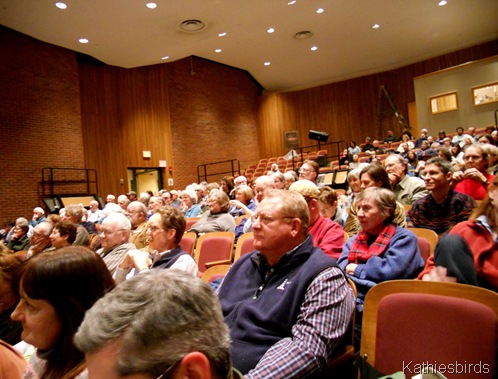 The crowd listens intently while Greg tells us his stories.

When the movie came out I went to see it with Jeff and Dawn Fine while I was in Connecticut. If you haven’t seen the movie, it was really good. It is out on DVD now, so you can get it and watch it at home if you’d like. I wasn’t sure if I was going to be able to make this meeting because Gus had the day off and he and I took a drive into Boston to go to the Boston Museum of Fine Art. We came home earlier than expected, so I was able to go after all. 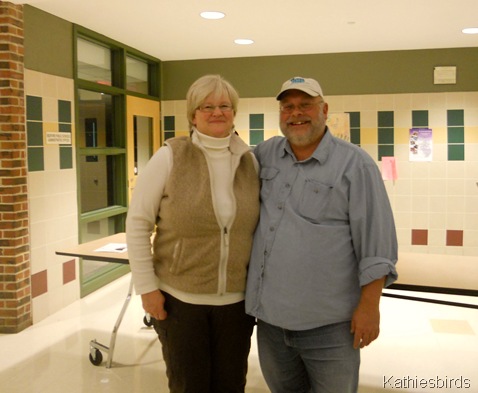 Greg is a really nice and friendly guy and was very patient with everyone who wanted to have their picture taken with him. He is an excellent speaker and a good story teller. He told us how he became a birder in the first place, about doing his Big Year, and about how his life became the subject of first a book and then a movie. At the end when he let us ask questions most people wanted to know how reality and the movie differed. When he was telling us his story he told us how after his Big Year it was discovered that he had leukemia. He told us how that affected him and his life, but he never told us how it all turned out. So, I raised my hand and asked him myself. With a Big Smile he told us that his doctors now consider him cancer free! Yes, birds and birding are very good and for me they help make any dark day brighter, but I must confess that I was very happy to hear that at least for now, he has beaten cancer. 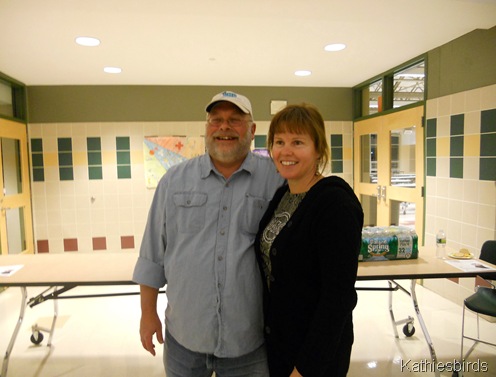 I wish you well Greg Miller! Keep on smiling and watching those birds!